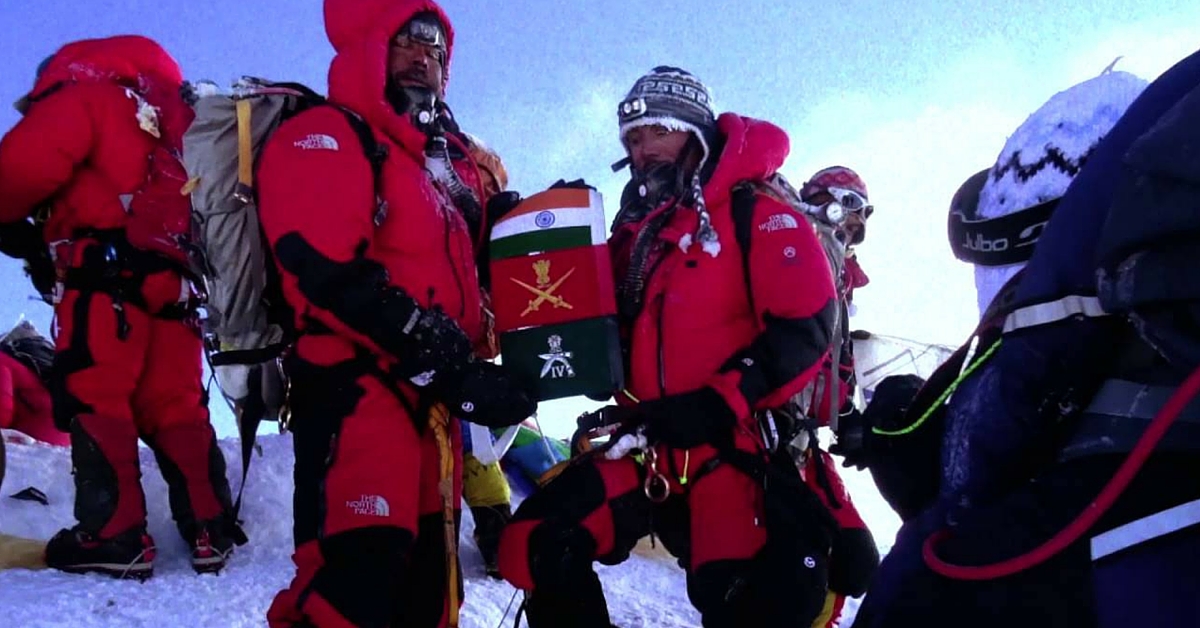 Arjun Kumar Thapa, a 34-year-old Havaldar in the Gorkha Regiment, has become the first Indian to successfully scale Mt. Everest, ascend he South Pole and finish two tours of duty at the Siachen glacier.

Thapa scaled the Everest on May 20 of this year, as  part of the 30-member Indian Army Massive Everest Expedition: 2016.

In 2011, he had travelled with an eight-member army team to reach the South Pole, covering a distance of 1170 km in 50 days of skiing.

Thapa told Indian Express: “Even though both are glaciers, the two challenges are totally different. The journey to South Pole is on a flatter terrain, with gradual slope and there is no problem of oxygen. The climb to the peak of Everest has more obstacles, particularly the icefalls like the Khumbu icefall.”

Thapa is the father of a one-year-old son and is a second generation soldier, his father having served in the army too.

The rugged soldier says his two army postings to Siachen glacier, the highest battlefield in the world, were extremely helpful in preparing him for what was to come on the Everest and at the South Pole. He spent some time on the Southern Glacier in Siachen with his battalion from 2006-2008 and then later at the Siachen Battle School from 2013-2015. In an expedition in 2012, his team opened the Bhim to Shiyagra Complex route at Siachen Glacier.

“You get used to living at a glacier and it also toughens you mentally for any hardship. There can be no better preparation than that,” says Thapa, who proudly wears the Everest badge on his army uniform.

What’s next for Thapa? “The North Pole,” says the soldier, adding “I want to be the first Indian man to complete The Three Poles Challenge.”