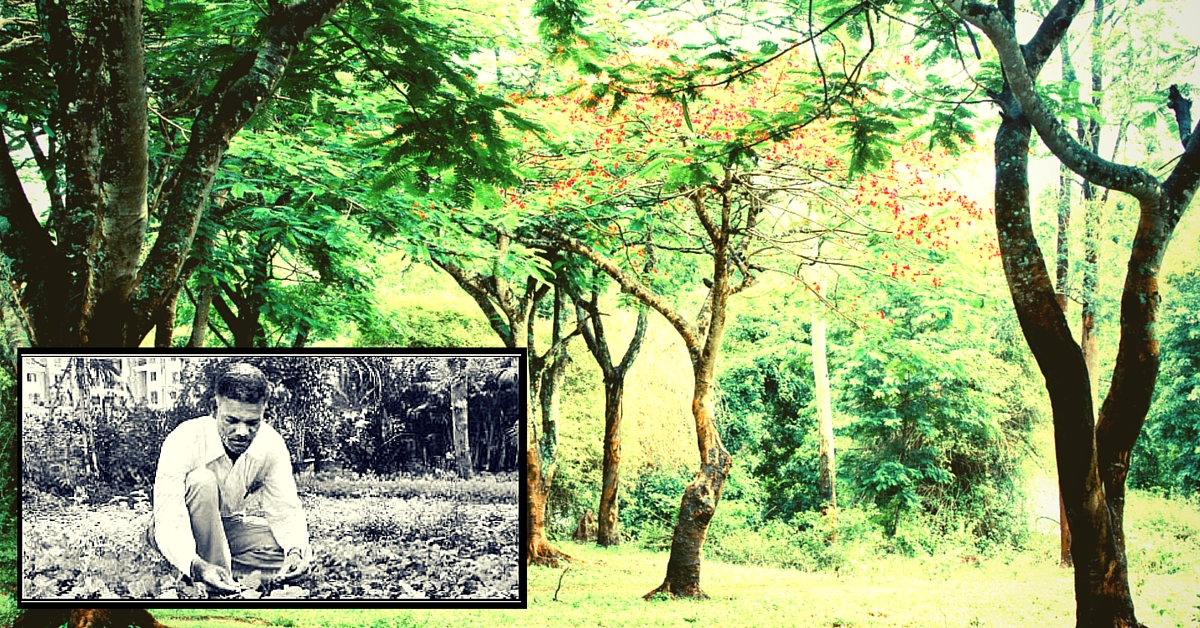 Meet Raghunath Maruti Dhole, a 60-year-old resident of Pune who has been preparing one lakh saplings since 2012 to distribute among people for free. His passion for trees and nature began around 30 years ago when Raghunath used the five rupees that his father gave him to gift to a newly-married couple, to purchase saplings instead.

“I used it to plant two saplings in the couple’s name. Today, they have grown into full-fledged trees. In terms of environmental benefits, they are worth Rs 1.5 crore! Is it not a good investment?” he told The Times of India.

He had dreamt of opening his own nursery ever since that incident. And around 23 years ago, he founded the Ram Nursery in Hadapsar.

With the aim of taking his nature-dream forward, he took voluntary retirement from his job at the Forensics Department about 15 years ago and has since then dedicated his life to planting saplings and spreading awareness about the importance of trees.

He goes around the city with a large sack collecting seeds from the roadside, forests and open lands. He then germinates them into saplings, which he donates for free. He hopes that this will help people understand the true worth of trees.

“It’s painful to see them die. I get immense pleasure in bringing them to life. I give the saplings for free because I want people to understand the importance of trees. This is one loan that we all have to repay to Mother Nature. Unfortunately, people do not know trees’ real worth. I am sure once they understand it, they would go crazy about plantation,” he told TOI

Raghunath’s love for nature has also led him to develop an innovative method for germination. He claims that his method guarantees 90% germination while the traditional plastic bag method has a failure rate of around 50%..

Next time you visit Pune, make sure you pay him a visit and bring home your own free sapling!