Escape to the magical Tirthan valley in the Himalayas for an adventure-centric getaway in the lap of nature.

“Do not follow where the path may lead. Go instead where there is no path and leave a trail.”

Perched at an altitude of over 1600 meters above sea level, the riverside retreat of Tirthan is an adventure-centric getaway blessed with a wealth of nature’s treasures. Located in the Kullu district of Himachal Pradesh, Tirthan Valley derives its name from the Tirthan river, which winds its way through it. The pristine river originates from the icy cold glacial springs of Hanskund, a snow-capped peak in the verdant Great Himalayan National Park (GHNP). Tirthan is an offbeat destination that has something for everyone. This quiet valley is ideal for trekking, fishing, wildlife watching, and discovering under-explored hill villages. There’s also the option of doing absolutely nothing as you relax among the pine trees in the valley.

So if you like to scout around uncharted terrain, pack your bags and head towards Tirthan. For now, we can only give you a few glimpses of this beautiful valley: The Tirthan River traverses some of the finest forests of Western Himalayas before meeting the Beas River at Larji, alongside the National Highway 21. Several quaint villages dot the picturesque banks of the river, with the villages of Gushaini (8 kms from the Greater Himalayan National Park) and Nagini being the most preferred stay options.

The idyllic backdrop of Tirthan valley is dominated by cloud-kissed mountains, dense coniferous forests and sprawling alpine meadows. Besides offering spectacular vistas, the valley is also one of the best bird watching destinations in Himachal Pradesh. Definitely a great getaway to connect with nature and unwind in solitude! Amidst the realm of rock and ice that rule the high peaks and ridges, lies the breathtaking Serolsar Lake. A 6 km trek from the Jalori Pass,the shimmering waters of the serene lake reflect the blue of the sky and the green of the pine forest. There is also a tiny temple devoted to Goddess Buddhi Nagin, the mother of the 60 Nag Devtas of Himachali folklore, who is believed to reside in the Serolsar lake. While there are several options for staying in Tirthan Valley, the gorgeous wooden building of Raju’s Guesthouse in Gushaini is a tourist attraction in itself. Nestled in fruit orchards, this cozy rustic riverside home is reached by crossing the gushing Tirthan on a metal basket hung on a one-inch thick wire pulley – a scary but incredibly fun ride. An uphill hike from the Rolla village will reward you with a jewel of a waterfall hidden in the forested valley. Sit by the tiny waterfall and breathe in the ethereal ambience of the surroundings. A longer hike north will take you to Shilt, a shepherd hut with a stunning view, whereas to the south lies Khorli Pohi, the breeding area of the iridescent Monal bird (accessible only by special permission from the forest department). Follow the lazy roads through the forests and stroll into tiny hamlets of Nagini, Gushaini, Banjar and Shoja. With their scenic vistas of rolling mountains and terrace farms, each a different shade of green, a stay at these hamlets is a sure shot way to reboot your soul. The residents of these villages are also famous for the wood carvings they make, which decorate almost all temples of the Kullu Valley. One of the most amazing getaways in the Tirthan Valley, the Parashar lake resonates with an unprecedented beauty. The three storey pagoda style temple on the shores of the lake was constructed by King Bansen in the 14th century. As the name suggests, the temple and the lake are dedicated to Rishi Parashar who meditated here. In the Tirthan valley, the locals still live in a traditional way, maintaining their ancient customs and following the age-old rituals of the local temples. The Shringi Rishi Temple at nearby Bagi has a beautiful statue of Rishi Shringi and intricate wood carvings that depict the 24 different births of God. There is also a highly revered temple of the eighteen Gods of Kullu valley, who are the chiefs of the three hundred and eighty-four minor deities of the valley! One of India’s most well-kept secret fishing camps, the crystal clear glacial waters of the Tirthan River are home to an abundant population of rainbow and brown trout. The Himachal government has declared Tirthan river as an angling reserve and taken a decision not to allow any hydro power project on this river in order to maintain its rich aquatic biodiversity. A licence taken for trout fishing here gives permission to enjoy fishing in a 45 km stretch of the river that has oodles of points for fishing fanatics to set the base for angling. Chehni Kothi is a towering 1,500-year old castle built with stone slabs and wooden beams. Also called Dhadhia Kothi, it was once the fortified residence of Rana Dhadhia, the erstwhile king of Kullu. It used to be 15 storeys high but after the earthquake of 1905, only 10 floors remain. Built in the traditional style of architecture, Chehni Kothi is the tallest free-standing structure in the entire Western Himalayan region.

11. Camping under the Stars 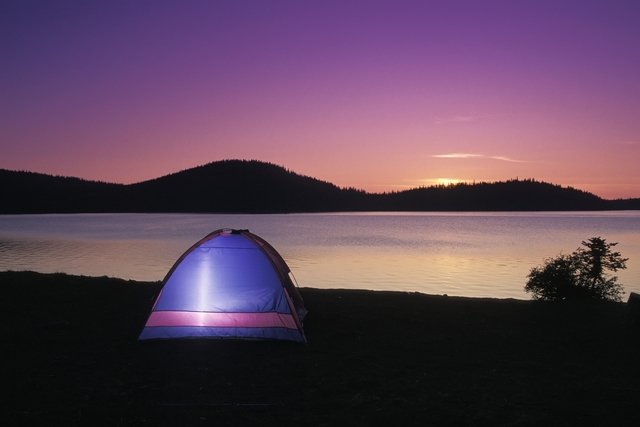 As surreal as this may sound, sleeping in the open on the shores of the serene lakes of Serolsar and Parashar will awaken you in ways that can’t be described. Bonfires, camping, and music under the starlit sky only enhance the feeling of bliss at this place that is perfect for a well-deserved break from hectic city life. Spring in the Tirthan Valley paints it into a mesmerising canvas of verdant woods, gurgling rapids and endearing little wooden bridges. Take long nature walks by the river covered in fog, wander off in the woods by yourself and get lost in the charm of Tirthan Valley. The valley’s scenic camaraderie with nature is sure to leave you yearning for more. Shangarh is a hidden treasure about 50 kilometers from Tirthan for which one has to travel through the quaint villages of Larji, Sainj, Neuli and Ropa. The tranquility and untouched natural beauty of the Shangarh meadow unfailingly capture the heart of every visitor. Legend has it that the  meadow was made by the Pandava brothers of the epic Mahabharat who chose this site to build a stairway to heaven.