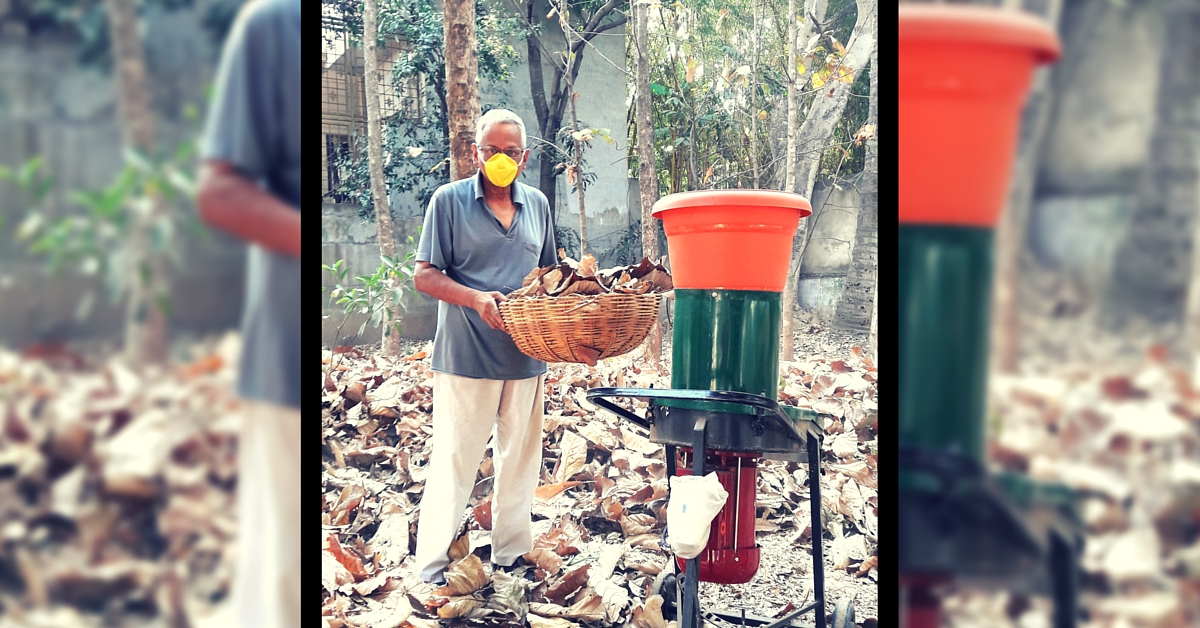 “Waste collection and public composting activities are very poor in Bengaluru. I live in one of the old houses in the city where we have a large garden that generates a lot of organic waste. I have been trying to persuade the corporation people to set up an organic composting plant for a long time now, but that has not happened yet. I didn’t want to throw the waste away or burn the leaves like many other do, so I decided to design a leaf shredder myself,” says S. Chandra Shekar, a resident of Jayanagar in Bengaluru.

The 74-year-old developed the machine so that organic waste generated in his garden can be shredded and used to nourish the soil in the garden itself.

“I add a bit of cow dung to heaps of the powder produced from the shredder and it slowly turns into compost after being processed for two to three months,” he says.

Explaining the design, Chandra Shekar says that it works like a mixer used in a kitchen, which has a motor, a cutting blade and a container to put the vegetables in. His design of the shredder has a 2 horsepower motor at the bottom, a gear box to enhance the cutting power of the stainless steel blades for cutting twigs, sticks, small branches and leaves.

All one has to do is put the leaves in the container on top, and the powdered form of the waste is obtained from the bottom to be collected and used. A long cable makes it possible for the shredder to be moved all across the garden.

Chandra Shekar designed and detailed the shredder himself and then a person from Pune, who was familiar with the concept, helped him fabricate it. The material and the labour for the self-engineered machine cost him about Rs. 20,000, which according to Chandra Shekar is less than the cost of similar products in the market. He is willing to help people in the city who want to get their own shredders made.

A retired mechanical engineer, Chandra Shekar has worked in the industry for 45 years and his passion for machines motivates him to continue working on different projects till today.

“I am happy that my garden is a carbon sink and contributes to the reduction of carbon dioxide load on the city. I wish that more people take an interest in this idea and reduce waste by composting it themselves,” he concludes.

You can contact Chandra Shekar by writing to him at ecokolar@yahoo.com.