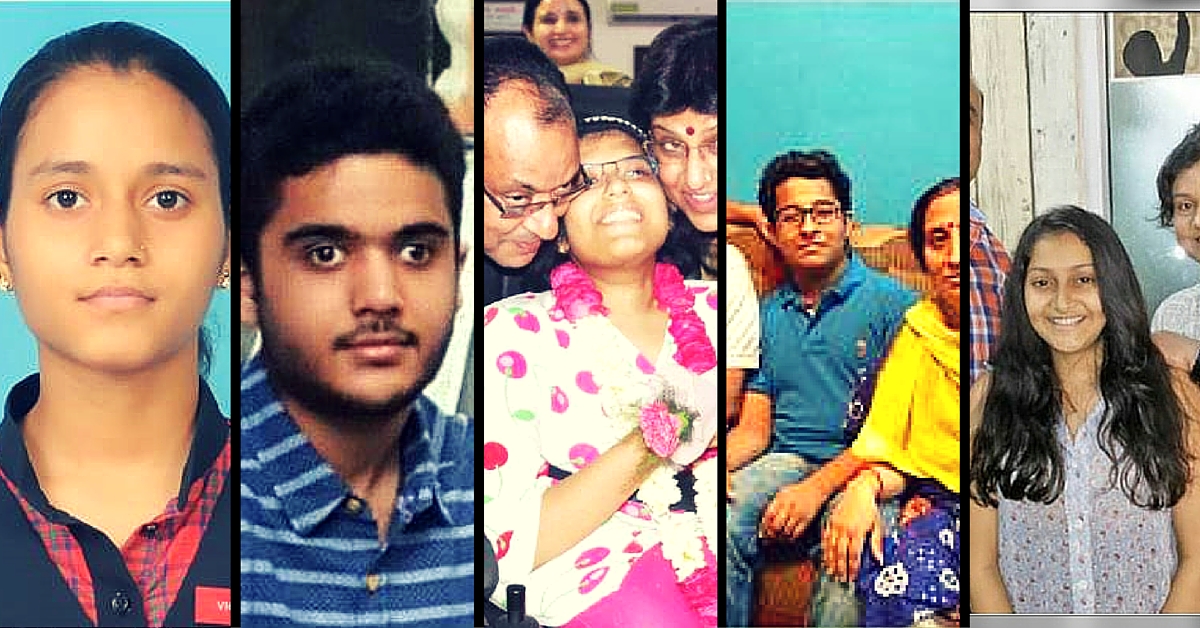 The CBSE Class 12 board exam results were announced on Saturday and many students across the country have been celebrating since then. A few among them succeeded in the face of many hurdles, not letting disabilities or financial circumstances come in their way and inspiring others with their results.

Daughter of a daily wage earner in Lucknow, Saloni scored 97% in the science stream. After being laid off from a private company, her father paints houses for a living and the family has been facing extreme financial hardships. “I will remain indebted to my school for it has given me all possible support to create a great life and taking care of many of my financial burdens by waiving off fees,” she told Hindustan Times. A student of St Anjani’s Public School, Saloni wants to be an IAS officer after completing engineering from one of the IITs. She has also cleared the Joint Entrance Examination (JEE) Main.

A cancer survivor and a student with dyslexia, Anandini inspired many students across the country with a score of 78%. She was diagnosed with Neuroblastoma, a form of cancer, when she was 2.5 years old. After surgery, she developed a spinal condition called kyphoscoliosis. She wants to major in Psychology in the future. “She sailed through all obstacles and came out a winner,” her mother told The Times of India.

19 years old Shubhank Shukla, a student of DAV Public School in Ludhiana scored 83% after fighting Acute Lymphoblastic Leukaemia (ALL) – a type of cancer. He was diagnosed with the disease in Class 6. Shubhank wants to become Certified Information System Auditor (CISA) after pursuing BCom and MBA degrees. “Like an arrow- when life pushes you back, it mean it is going to launch you into something great.” he told The Times of India.

A student from Noida with 90% visual impairment, Rakshit scored an amazing 97.4%. He achieved the third rank in the differently-abled category of CBSE results. “I never took any coaching classes. If it were my teachers who would read out my lessons for me during extra hours in school, I had my mother at home who would sit with me and ensure that I don’t have a problem”, the Humanities student told TOI.