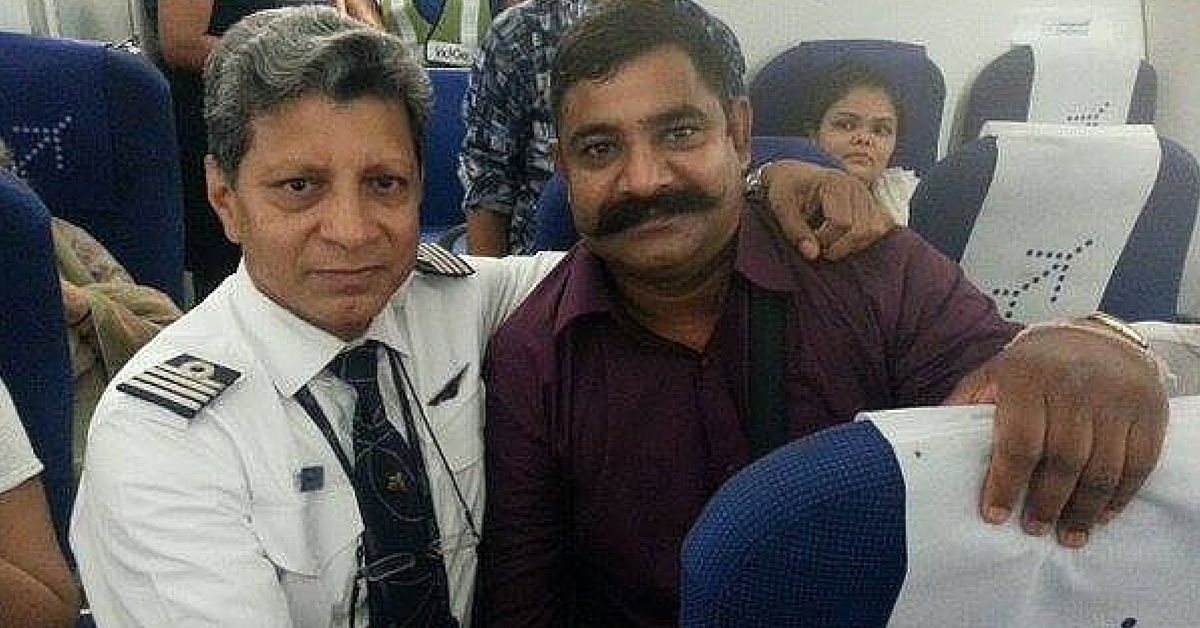 Three Armed Forces veterans deserve a special salute today. One for being a Kargil war hero, the second for bringing public attention to him, and the third for sharing their story widely on social media.

Naik Deep Chand, who lost both legs and his right arm in the 1999 Kargil War, was flying Indigo Airlines recently. As soon as the pilot of the aircraft, Harish Nayani, an ex-IAF fighter pilot himself, learned about this, he made an announcement to the passengers that they had a war hero aboard.

All 180 passengers on the flight got up and gave a resounding round of applause to Naik Deep Chand.

Next, another former Indian Air Force pilot, Rajiv Tyagi, shared this incident on Facebook through a status update that went viral and was picked up by the media. This is what he wrote:

“Harish Nayani, 62nd course, Kilo Squadron, NDA, erstwhile IAF fighter pilot, now a Captain flying for Indigo Airlines, had a war-hero passenger on his flight the other day. Naik Deep Chand, who lost both legs and his right arm in the 1999 Kargil War, was flying Indigo. Harish announced the presence of the war hero on the flight, to the delighted applause of 180 passengers. This is all the recognition war heroes need, for acts no nation can repay them for.”

Our armed forces men and women, and war veterans, do not get enough recognition for their brave and selfless service to the country. In giving Naik Deep Chand, a hero who lost both legs and an arm in the Kargil war, his due recognition, Rajiv Tyagi and Harish Nayani have again reminded us that it is our duty to respect, honour and share stories of their valour with a larger audience.