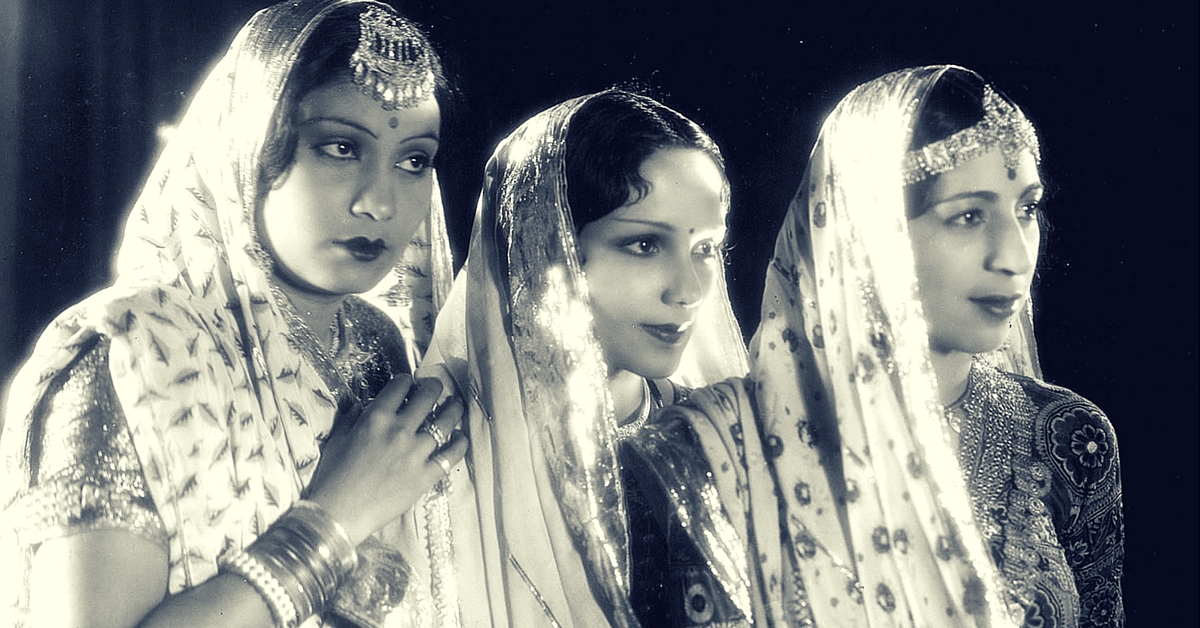 There have been many hard working women behind the scenes in Indian films – right from the time when cinema was not considered a respectable profession even for men. Here’s remembering some of them.

Talk of Hindi cinema and women, and instantly, iconic images of a host of silver screen goddesses come to mind. Of course, nowadays, it’s not just for their acting that women are being recognised and feted. Writer-directors like Zoya Akhtar, Meghna Gulzar, Reema Kagti and Anusha Rizvi, editor Bela Saigal, lyricist Kausar Munir and composer Sneha Khanwalkar are just some of the off screen wizards whose names are synonymous with memorable movies. But here’s a fact that not many may be aware of – the tradition of women working behind the scenes in Indian films goes way back to the silent era.

Fatima Begum was one of first few women to break the barrier and establish herself as a top-notch actor, writer, producer and director. In the 1920s, cinema was not considered a respectable profession even for men, so it was totally unheard of for women to be a part of the industry. So, in 1926, when Fatima Begum started her own production company, it was indeed a revolutionary step. Bulbul-e-Paristaan, Chandraval, Heer Ranjha and Kanaktaara were just some of the films she made between 1926 to1928.

Fatima Begum, in a sense, paved the way for other women to make their mark in films.

Saraswati Devi, who had to change her name from Khurshed Minocha Homiji to be able to work in movies, was trained in Hindustani classical music and took the industry by storm as a music composer in the 1930s.

A pioneering female music director, she gave huge hits for several films, including Jeevan Naiya, Janani Janmbhumi, Achut Kanya, Izzat, Anjaan, Prithvi Ballabh and Amrapaali. In fact, she has been credited with composing and recording the first nationalist song, Jai janani janmbhoomi in 1936.

Along with Saraswati Devi, there was another woman who was making her presence felt as a singer, composer, actor and producer-director.

Jaddan Bai, who nowadays is better known as the mother of silver screen goddess Nargis, composed music for Talash-e-Haq and made films like Madame Fashion, Hriday Manthan, Moti Ka Haar and Jeevan Swapna.

Then there was Devika Rani, who, besides being a popular star, co-founded the iconic Bombay Talkies studio along with her husband Himanshu Rai in 1934. After his death in 1940, she single-handedly managed the studio, making unforgettable cinema and launching the careers of several prominent Indian film industry luminaries including Ashok Kumar, Leela Chitnis, Mehmood Ali, Madhubala and Dilip Kumar.

She also produced the first blockbuster of Hindi cinema, Kismet, directed by Gyan Mukherjee in 1943.

The period between the late 1920s and 1930s truly established the film industry as a viable career option for the women of the era. In 1936, when there was lot of talk about the economic independence of women, freedom fighter, feminist and leader Lilavati Munshi had famously remarked that films was one industry where women could find employment.

The 1940s and the post independence years brought many gifted women to the fore. Litterateur Ismat Chughtai came to Bombay, now Mumbai, after she married Shahid Lateef. The foursome of Chughtai, Lateef, Saadat Hasan Manto and S. Mukherjee had together worked on the screenplay of the super successful Kismet. Thereafter, Chughtai formed a writer-director team with her husband.

Films like Ziddi, Aarzoo, Sone Ki Chidiya and Fareb were a result of this creative collaboration.

Besides Chughtai, Pratima Dasgupta and Zohra Segal rose to great heights at the time.

Dasgupta’s debut directorial venture Chamia in 1945 was a notable film, while Segal became a much sought-after choreographer with Neecha Nagar, Baazi, CID and Nau Do Gyaarah.

After Independence, Shobhna Samarth, already a well-known actor, became a producer-director to launch her 14-year-old daughter, Nutan, in Hamaari Beti. Ten years later, she made another film Chabeeli to introduce her younger daughter, Tanuja. Of course, both went on to become big stars in their own right but it all started with Samarth’s vision.

The year 1955 was significant as it saw the entry of the artistic Bhanu Athaiya. As a costume designer, she had a virtual monopoly in this department for several years till Manii Rabadi and later Shalini Shah and Leena Daaru joined films as dress designers. Athaiya, of course, went on to make a name for herself in world cinema too, winning an Oscar for her work in Richard Attenborough’s Gandhi released in 1982.

The 1970s had its share of super women behind the camera. Two new choreographers came into the limelight – Saroj Khan, who is the first choreographer to have achieved a star status in her own right, and Habiba Rehman. Shama Zaidi, who mostly worked with Shyam Benegal, was a costume designer, art director and writer – all rolled into one. She even wrote the dialogues and did costumes for Satyajit Ray’s only Hindi film, Shatranj Ke Khilari. The sensitive social dramas, Garam Hawa and Umrao Jaan have been scripted by her. Starting with Shaque in 1977, Aruna Raje, the first woman to be trained as a technician at the Film and Television Institute of India (FTII) in Pune, went on to make movies like Gehrayee, Rihaee and Tum. Apart from directing, she also co-wrote and edited the films. As an editor, she worked with Shekhar Kapur on his debut venture, Masoom.

Cut to the 1990s, the Noughties and now, the numbers of highly-skilled and dedicated professional women who are bringing gripping stories, cutting-edge techniques and innovative story-telling methods to engage the audiences, has risen exponentially. Names like Honey Irani (she wrote Lamhe, Aaina, Darr and others), Tanuja Chandra (she co-wrote films with Mahesh Bhatt and Aditya Chopra, before taking on direction full-time), Deepa Mehta (she directed the path-breaking films, Earth, Water and Fire, which she co-wrote with author Bapsi Sidhwa), Farah Khan (ace choreographer and director of blockbusters Main Hoon Na, Om Shanti Om and others), soap queen-turned-film producer Ekta Kapoor hold weight and their productions pull crowds into theatres. Adding weight to this illustrious list are new-age writers like Anvita Dutt Guptan (Patiala House, Student Of The Year, Queen, Shaandar among others), Juhi Chaturvedi (Vicky Donor and Piku), Anuradha Tiwari (Fashion, Jail and Heroine), Bhavani Iyer (Black, Guzaarish and Lootera), Renuka Kunzru (Desi Boys, Hey Baby and others) and Devika Bhagat (Manorama Six Feet Under, Bachna Ae Haseeno, and others).

If the writers are blazing a trail the techies are not far behind. The best editors in the business are women like Namrata Rao, Deepa Bhatia, Hemanti Sarkar and Arti Bajaj. And the dress designers and art directors are not far behind. If Shruti Gupte, Tanushree Sarkar, Snigdha Basu and Meenal Agarwal are the preferred art directors, then couturiers like Neeta Lulla, Anna Singh, Dolly Ahluwalia, Niharika Khan, Anaita Shroff Adajania, Anju Modi, Manoshi Nath, Aarushi Sharma and Subarna Roychowdhary are called on to dress the stars.

It’s 2016 and there are around 60 women working behind the scenes making big-ticket movies. What started off as an unusual career choice for women way back in 1926 has gradually become not just a coveted profession but an exciting creative outlet for many.