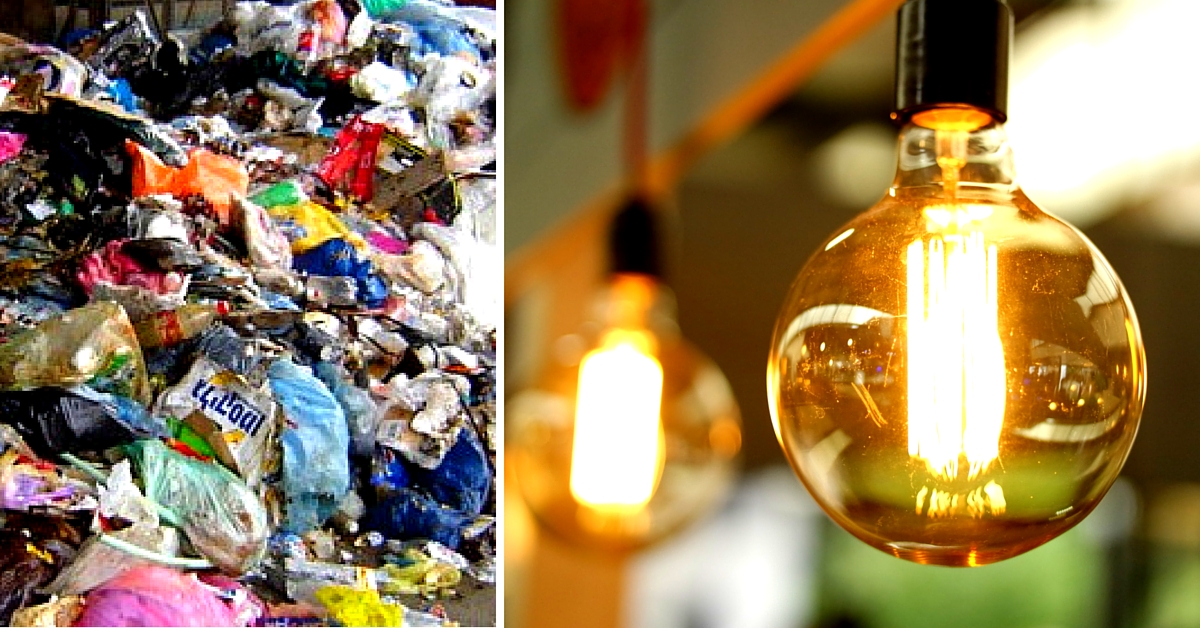 Four bright young minds in Thane, Mumbai, have come up with an idea to use dry waste to generate electricity. Instead of dumping dry waste into a garbage bin and filling up landfills, this novel idea makes use of domestic waste that every household in India produces, and turns it into a sustainable form of energy. And it can prevent mishaps like the Deonar dumping ground fires, too.

Aged between 10 and 13, the girls have devised an instrument with two parts that converts dry waste into electricity.

The bottom part of the instrument burns dry waste. The heat generated from this is used to move the turbines attached in the top-most part of the furnace. These turbines help in creating electricity.

The girls, Pooja Ramdas, Nikita Dhamapurkar, Jovila D’souza and Sharanya Bhamble spent two weeks figuring out the minute details, researching and experimenting. They were inspired by the working of a pressure cooker.

Sharanya Bhamble explains the eco-friendly process: it starts off with segregating dry and wet waste. While the dry waste is burnt in the furnace, the wet waste is used for composting.

“The toxic fumes produced in the process (of burning dry waste) are filtered, making it pure and released in the environment,” she said. “Meanwhile, we put seawater in the top part of the two-part-furnace, which turns into steam when the waste is burning. This steam is then released on a set of turbines which rotate and produce electricity in the process.”

To test the device, the girls used a cycle pump to create air pressure. This generated enough electricity to light up the bulbs that were fixed to the device.

In Mumbai, about two-thirds of its solid waste that is dumped into landfills is illegal and beyond the capacity of the landfill.

Repeated dumping, with no waste segregation, caused the massive Deonar fires in the months of January and February this year. Smoke from these fires covered the areas surrounding the dumping ground, forcing schools and colleges to shut, and people to fall ill.

Most of the waste that ends up in landfills are actually biodegradable or fit to be converted into energy. With waste segregation and municipal body support, sustainable waste management isn’t difficult.

While on a macro-level, the municipal solid waste-to-energy process requires installation of biogas plants, on an individual level, devices such as the one invented by the students can help reduce the negative impact on the environment.