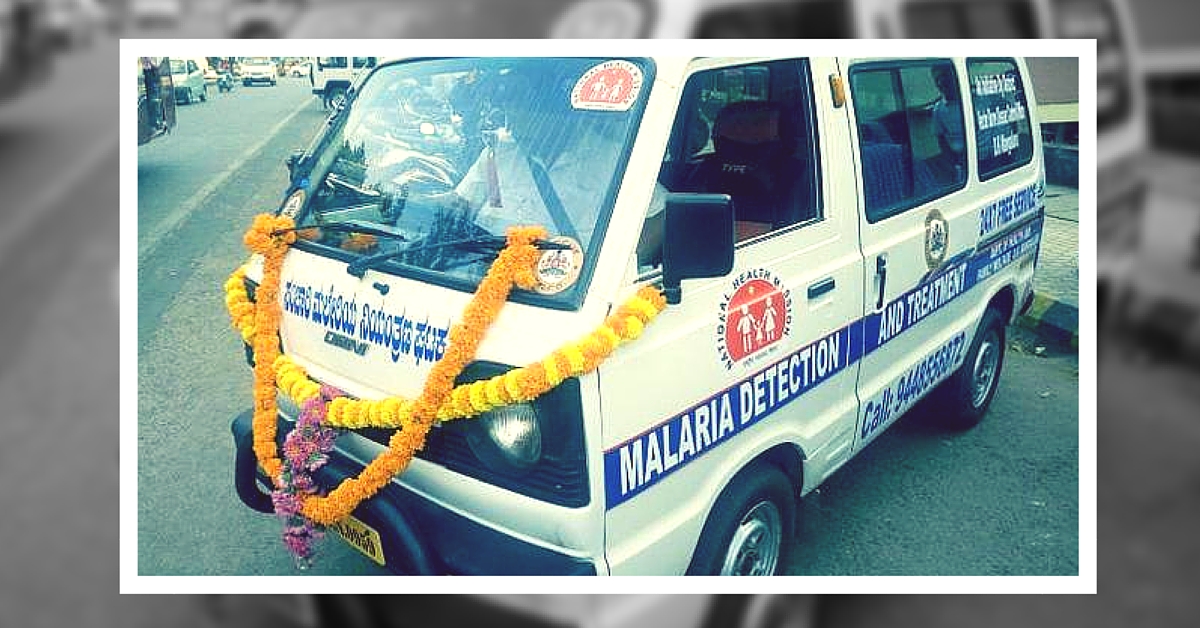 Mangalore city has taken a big step towards prevention and control of malaria. Out of the 7800 cases of malaria reported in Karnataka, 4000 were from Mangalore.

The Department of Health and Family Welfare launched a mobile malaria detection unit in Mangalore on March 19. In a first of its kind in the state of Karnataka, a vehicle with six medical experts, a diagnostic tool and medicines, was piloted in the city. Mangalore has a high number of malaria cases.

The medical workers provide free testing and treating. They carry a diagnostic kit that provides results in minutes. First, they take a blood sample and pass it through the diagnostic kit. If the result shows negative, the blood samples are taken to the Malaria Testing Centre for further analysis.

If the results show positive, medicines are given to the malaria patient. And all of this is free of cost.

They also have a hotline number that people can call, give their address, and have the mobile unit at their doorstep in about 30 minutes.

The unit will also maintain a register of every person it tests. Along with this, in order to prevent the spread of malaria, a list of names of those who tested positive will be handed over to the Mangalore City Corporation. The names will be uploaded to the Malaria Control Software system, which was launched in the city last year in October. The software is a mapping tool used by the corporation to analyse the rate of cases and work on follow up action.

According to the District Vector Borne Disease Control Officer Arun Kumar S. B., the mobile detection unit was set up as there was hardly any response to the treatment centres set up across the city.