While the entire nation is struggling because of water shortage, there are many across the country who are going out of their way to do their best and conserve water. Meet five water warriors of India who are inspiring the country to quit wasting water.

This article on water warriors has been made possible by Eureka Forbes Limited.

Immense water pollution, the wrath of prolonged droughts, the dipping water table, water-borne diseases and more – these are just some of the many issues we constantly hear about when discussing water scarcity in India. There are people living in rural parts of the country who are fighting every day battles against harsh weather conditions and long distances to get access to safe drinking water. And then there are many urban dwellers who are stuck with limited water supply and poor quality of drinking water. According to reports, 21% of communicable diseases in India are related to unsafe water, and 75% of the country’s rivers and lakes are so polluted that they should not be used for drinking or bathing.

However, while the entire nation is struggling with water shortage, there are many across the country who are going out of their way to do their best to conserve water. They are constructing wells, spreading awareness about the importance of water conservation, building check dams, and ensuring that clean drinking water reaches the needy. In times when 69 crore Indians lack access to healthy drinking water, the country needs many such water warriors in every part of the nation. And the good news is that you can become one too – by taking the Jal Daan pledge to share 5 litres of healthy drinking water every day with someone in your neighbourhood who needs it. Click here to know more about the pledge.

And if you haven’t taken the pledge as yet, meet five water warriors of India who will inspire you to do so right away. Amla Ruia, a Mumbai-based social activist, has transformed many lives in over 100 villages in Rajasthan by using traditional water harvesting techniques and building check dams. With a view towards creating a sustainable and permanent solution for conserving water in drought hit regions of Rajasthan, she founded Aakar Charitable Trust. Up until now, the Trust has helped in the construction of 200 check dams in 100 villages of Rajasthan, and impacted over 2 lakh people who earn a combined income of Rs. 300 crore every year. Aabid Surti runs a one-man NGO named the Drop Dead Foundation, which is saving tonnes of water by taking care of plumbing problems such as leaks that cause water wastage in Mumbai households. The 80-year-old does it all for free, with his team of one volunteer and a plumber. In 2007, the first year of the Foundation’s existence, Aabid visited 1666 houses on Mira Road, fixed 414 leaking taps free of charge, and saved about 4.14 lakh litres of water. His work has now inspired other people across the country to take up his example and help save water in their cities. Ayyappa Masagi has changed the lives of thousands of people by getting them to practise rainwater harvesting and water conservation. This Karnataka resident purchased six acres of land in a village in Gadag, a dry region, where he started planting rubber and coffee to prove that one can grow these crops irrespective of the amount of rain one gets. However, after failing several times and after years of research, he found that recharging borewells and practising non-irrigational agriculture methods could help more. Using these methods, he reaped a good harvest in the two subsequent years and then started spreading the message about these methods in neighbouring areas. Today, Ayyappa has developed thousands of conservation projects across 11 states and has also created over 600 lakes in the country. Rajendra Singh, popularly known as ‘The Water Man of India,’ has been widely recognised and appreciated for his water restoration efforts in rural India. When Rajendra reached Rajasthan in the year 1959 to set up health centres in the region, he realised that people there needed water more than they needed health care. So he started working with the villagers to build mud dams called johads – a traditional technique of collecting rainwater. Today, after about 20 years of work, there are nearly 8,600 johads and other similar structures that collect water in the state, providing water to over 1,000 villages across Rajasthan. 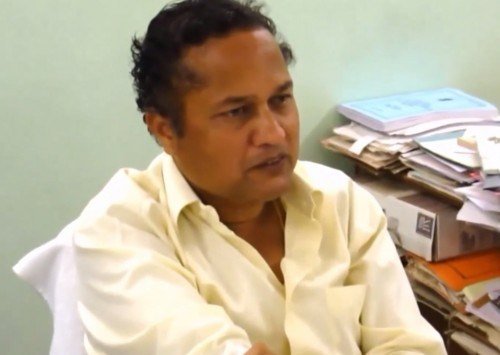 The Malguzaars were local zamindars in eastern Vidarbha about two centuries ago and had constructed several tanks for water harvesting and provided water for irrigation. They constructed, owned and maintained these tanks before 1950, but after the zamindari system was abolished the state government took ownership of the tanks and started collecting water tax from those who used the tanks. The Malguzaars filed a case in the Supreme Court, after which more than 1000 tanks were left unattended for years. This was until Shirish Apte, an executive engineer with the Minor Irrigation Division of Bhandara district in Maharashtra, entered the picture in 2008 and restored the first of such tanks in about two years’ time. This led to recharged groundwater levels and increased agricultural output and fish production in the area. And this eventually prompted the district administration to restore about 21 Malguzari tanks in Bhandara.

These five water heroes have shown us that even one person can make a huge difference in making clean, potable water available. You can also become a water hero and make a difference in your own right with one small act of Jal Daan. Pledge now.