Jai Gangaajal, a movie based on the story of a tough woman police officer who abides by the rules, was recently released worldwide. And the protagonist’s character in this movie is inspired by a real life cop from MP.

Jai Gangaajal, a movie based on the story of a tough woman police officer who abides by the rules, was recently released worldwide. Starring Priyanka Chopra in the lead role, the movie was acclaimed for portraying a very strong character. But did you know that the protagonist’s role in the movie was inspired by a real life woman? Meet IPS Officer Isha Pant – she is known for her amazing courage when it comes to fighting crime and for her commitment towards her duty.

According to reports, filmmaker Prakash Jha visited Isha and studied her style of work for several hours, recording the details of her daily activities on his phone, so it could help him while making the film.

Here are five things to know about her:

1. An officer from the 2011 IPS batch, Isha Pant hails from Bhopal and joined the Madhya Pradesh cadre.

Initially, she was the additional superintendent of police in Jabalpur and is now posted in Gwalior. 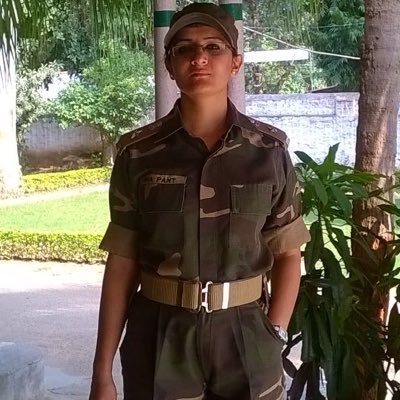 2. She got an all India rank of 191 in the UPSC exams and completed her police training from Sardar Vallabhbhai Patel National Police Academy (SVPNPA) in Hyderabad.

3. In 2012 she was awarded as the best all-around Indian Police Service (IPS) probationer.

She also received the Prime Minister’s baton and Home Ministry’s revolver at the 64th Dikshant Parade at SVPNPA. 4. She solved many cases involving drug mafias and illegal alcohol sellers in Jabalpur.

5. Born on June 23, 1984, she is the youngest daughter among four sisters, all of whom are truly inspiring and amazing women.

Her eldest sister is an IFS officer. Another one of them is a human resource professional, while her third sister is a squadron leader in the Indian Air Force. 6. Her father retired from the Bharat Heavy Electricals Limited and her husband Anirudh Sravan P is a Karnataka-cadre officer of the Indian Administrative Service.