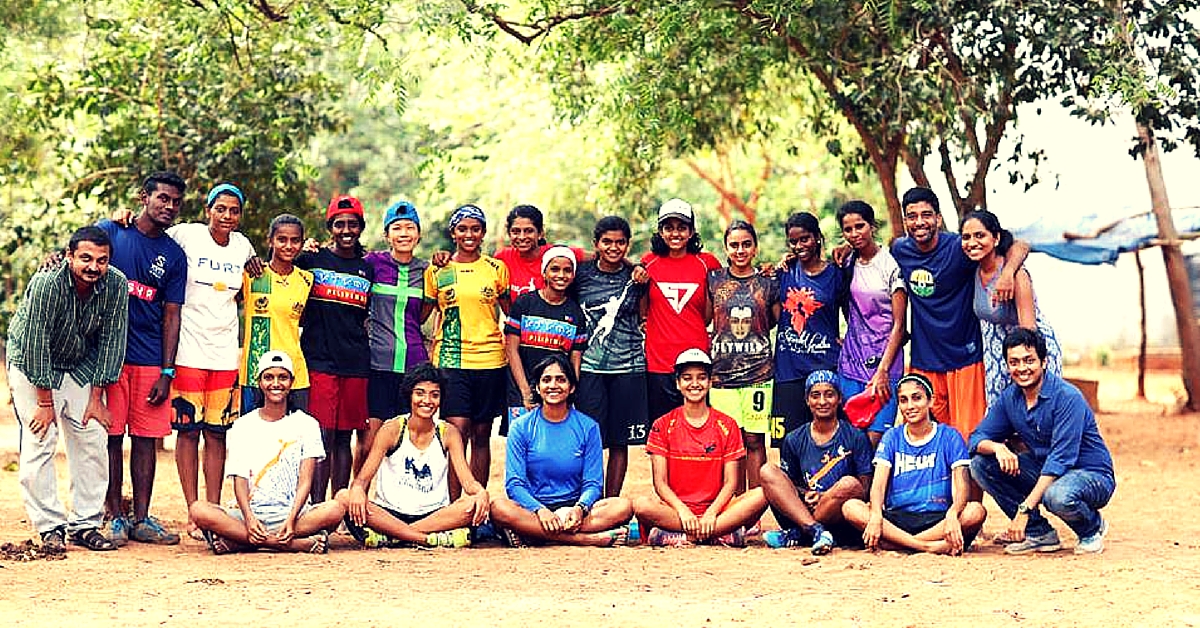 The World Ultimate Frisbee Championship will be held this June in London, and India is sending its first ever women’s team to represent the country.

These 20 women, belonging to different parts of India, have come together to showcase their excellent talent and to prove that when it comes to women and sports, there is nothing that can stop the spirited.

Ultimate Frisbee is a lesser known, but one of the fastest growing sports in the world today. Played with a flying disc, it is a team sport that has been recognised by the International Olympic Committee and is the only sport in the world that is played without a referee – based only on the integrity of the players. The responsibility of fair play lies with the athletes and every player can call their own fouls. The sport is commonly referred to as Ultimate and has been played in India for a decade now, in 19 cities across the country. There are 40 club teams who have participated in many national level championships and India has already been to three world championships.

This year, for the very first time, a team of women has been created to represent India at an international level. 30% of the players in this team belong to underprivileged backgrounds and the sport is impacting several aspects of their lives in a huge way. But reaching this stage has been a journey full of challenges, hurdles and restrictions for these women.

“I remember my granny telling me – you are playing too much,” says one of them; “My family used to tell me that you are going to get married in a few years. Why do you want to play?” remembers another.

Each member of the team comes from a unique background. 28-Year-Old Nima Ponappa from Bengaluru recently broke a fixed deposit account of Rs. 50,000 that her family had put aside for her wedding expenses. She used the money to pay for the initial expenses for the championship. Today, she wears jersey number 21 in the team.

28-year-old Megna Shankaranarayanan from New Delhi was told that she is too tall, tanned and looks like a boy, so it will be difficult to find a groom for her. Today, she is married to a team-mate, an athlete himself who will also be playing at the World Championship in the Master’s category.

And then there is one team-member who is the first in her family to go to college. She will also be the first to travel abroad.

The team now needs a sum of Rs. 48 lakhs to participate in the championship in London. The organisers have set up a crowdfunding campaign to raise funds for them. You can contribute here.