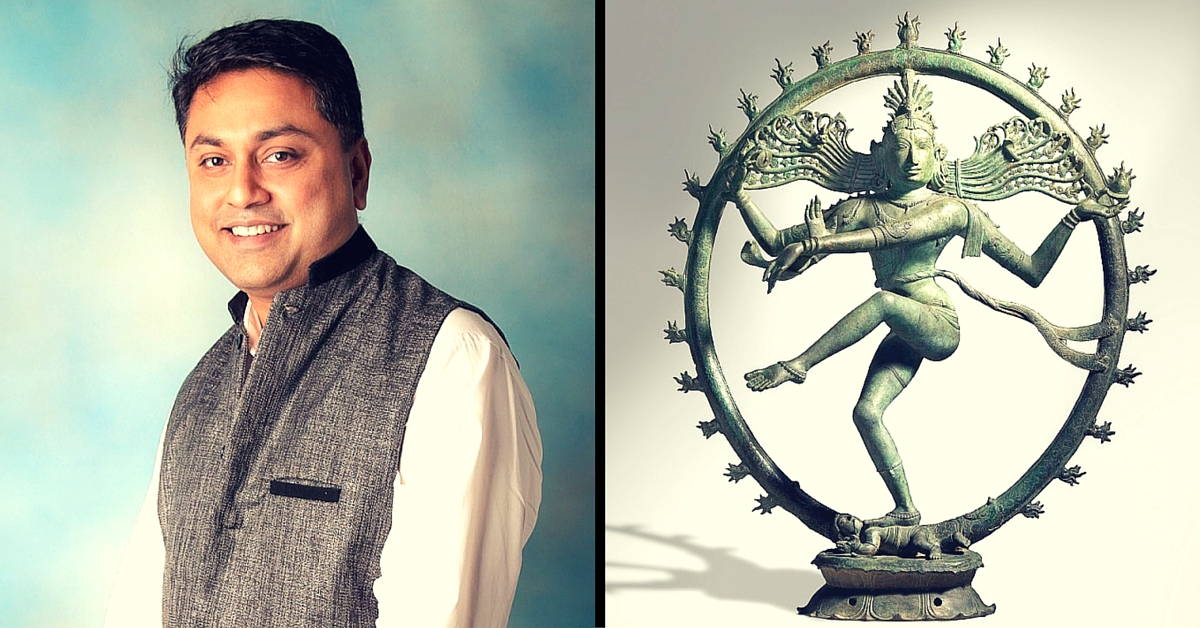 Valuable artefacts like idols and sculptures used to be stolen, and are still smuggled out, from Indian temples, churches and other monuments. It is important they be returned to their rightful owners and communities. Some amazing people are making this happen.

Thousands of years ago, the residents of a small village named Sripuranthan in Tamil Nadu used to worship at the Brihadeshwara temple. Constructed by the renowned king Rajaraja Chola I, the temple was known far and wide for its valuable murals, statues and inscriptions, which were also of great spiritual significance to the villagers. But the most valuable idol in the temple was that of Nataraja, a bronze Shiva sculpture. Unfortunately, this was stolen in 2006 and smuggled out of India. After travelling around the world, it finally surfaced at a reputed art gallery in London.

Here, it was sold to the Government of Australia but returned to India soon after. Today, it sits again in the same temple in Sripuranthan – all its glory restored.

While most of us are aware of the fact that Australian Prime Minister Tony Abbott himself handed over the idol to Prime Minister Narendra Modi in 2014, not many know that there were several people who helped Natraja find its way back home. These people are members of a private group called the India Pride Project and their sole focus is keeping the heritage of India intact.

It all began when a group of heritage enthusiasts living around the globe decided to play James Bond and started the project to ensure all stolen Indian artefacts were returned to the country.

“Vijay Kumar who is a blogger and an art enthusiast, was the first one to spot the Natraja idol. Our first step was to collect evidence that the idol actually belonged to the temple. So we requested our volunteers in Canberra to go to the national museum and take high resolution pictures of the idol so we could match it with the original. This was followed by tracing and finding the fake papers and invoices that were made by the dealer and proving that it was stolen,” says Anuraag Saxena, the founder of this project.

The team informed the museum in Australia about the situation: “We told them that if you bought the idol in good faith, which we think they did, you should return it back in good faith.” But when the museum and government did not respond for some time, they went to the Australian press and revealed the truth. A reputed journalist helped take their cause further and spread awareness about the issue.

A few months later, the idol was returned, much to the delight of the villagers of Sripuranthan, who installed it again in the temple with great reverence.

“If you look at Indian villages, there are only two or three remarkable places – there is a village well, a village temple or any other place of worship, and most probably a banyan tree. That’s pretty much it. That’s where people congregate, celebrate their festivals and create their memories. On the other hand, we hear that many such places of worship and social importance have been looted, either recently or several years ago. Statues of gods are stolen from temples and churches, sculptures are stolen from monuments, and more. At one point there was a lot of frustration that national treasures were being peddled around the world just because someone wanted to make some money. That was when we thought that somebody has got to do something. So why not us?” asks Anuraag, who is 40 years old and has been living in Singapore for the last nine years. He works for the World Education Foundation.

The members behind the India Pride Project consider it their responsibility to bring back anything that is owned by the country but was looted – sculptures, maps, manuscripts, paintings, etc. The core team has 11 members and all of them have regular full-time jobs. Some are into education, banking and business while others are historians or experts in visual matching.

Additionally, they have an extended network of volunteers that collaborates through social networks and helps the core team in many ways.

Recounting a recent case, Anuraag says, “A friend who works in the law enforcement department in another country (which I can’t name), found a statue that was smuggled from India. He sent us a picture saying it could be from India, Indonesia or Cambodia, and asked if we could help find out. There was a small inscription at the bottom of the sculpture. One of our guys copied the inscription and put it out on Twitter, asking people to help decipher it. Twenty four hours and hundreds of tweets later, a global community of people helped crack the inscription and we figured out where the statue was stolen from, its local significance, etc.”

Whenever the team gets some information about an artefact being found in a country different from its origin, it puts out a social media post asking volunteers to visit the museum and click some pictures of the artefact.

There are three ways in which the team finds out about a stolen item:

1. A robbery takes place and the team hears about it formally when a police report is filed: “We have a few people within the government and law enforcement departments who like what we are doing and let us know. In many cases, a villager tells us or we come to know when the case is reported in newspapers,” says Anuraag.

2. Years after something is stolen, it is found in another country; a citizen or somebody from a government agency in the country formally sends a picture asking the team to help trace the source of the item.

3. The team keeps an eye on a bunch of sources like social media, newspapers, etc. Some of the members spend at least half an hour every morning poring over the news and other sources for information.

India Pride Project has slowly made many museums and art collectors across the world aware of items in their possession that may be stolen.

About 15,000 to 17,000 art pieces have been stolen from India over the years. The team has identified around 2,000 pieces so far and has brought five back to India.

Anuraag feels that ideally the returned items should be sent back to the communities they came from. But, in most cases, they are sent to a government warehouse. This is the battle the team plans to take up next.

“These idols or sculptures mean something to the people or places where they come from. I cannot come to your house and just walk out with a spoon from your table. A lot of people feel this and are trying to help us. That is why I am happy that India Pride Project is turning into a movement rather than just remaining a project now,” concludes Anuraag.

Visit here to know more about India Pride Project. Or write to them at info@ipp.org.in