MY STORY: This Man Found a Bag With Money. What He Did Next Is an Inspiration to Us All.

Manish visited an ATM in Noida to withdraw money. That's when he found the bag.

This incident took place in early February when my relative Manish went to an ATM in Noida, Uttar Pradesh. He was just about to withdraw some money when he noticed a woman’s handbag lying unattended in the kiosk.  He looked around for the owner but there was nobody. When he opened the bag, he saw a good sum of money and a lot of jewellery in it.

Manish is a small-time clerk in the accounts division of a manufacturing unit in Noida. His salary is not more than Rs. 25,000 per month. But his values are definitely in place. 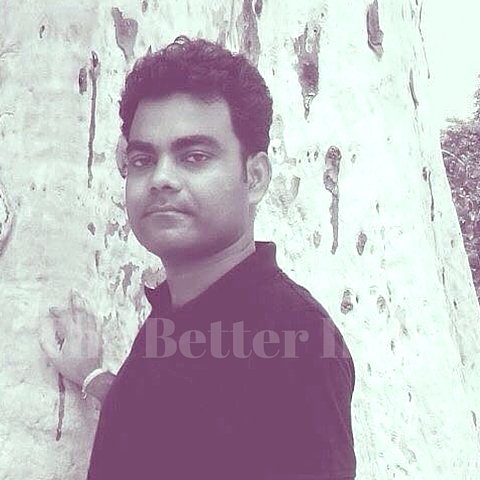 There was no address slip inside the bag. He even asked the guard at the ATM if he knew anything about the lady who left it behind. But he had no clue about the bag and said the person probably left it in a hurry.

Manish took the bag home. On looking some more, he found a small clue in the bag  in the form of a bill from a jewellery shop. A girl’s name was written on it but there was no phone number or address. He decided to use this to go looking for her.

The next day, he went to his office as usual. During his lunch break, he went to the jewellery shop and tried to find out about the girl. Luckily for him, the shopkeeper told Manish that he had received many calls from a girl asking about the whereabouts of her bag, which she had lost the previous night. After getting her number, Manish contacted the girl and asked her to come and collect the bag from his office.

In the evening, around 5 pm, the girl, accompanied by her husband, came to meet Manish. She broke down on seeing that everything was intact in her bag. Though Manish asked her to count the cash, she refused, saying it looked like it was untouched. She had left the ATM in a hurry and had forgotten the bag there. “Due to God’s grace you found the money and jewellery and returned it to me in the same state,” she said.

The girl had even approached the police but they refused to file an FIR. According to them, they could only file an FIR if the bag was stolen, not lost.

I chose to share this story as it is rare to expect this kind of honesty and integrity today. I hope Manish’s example will inspire many others to do the right thing.

About the author: Sumit Kumar is an engineer who has passed out of National Institute of Technology, Patna.