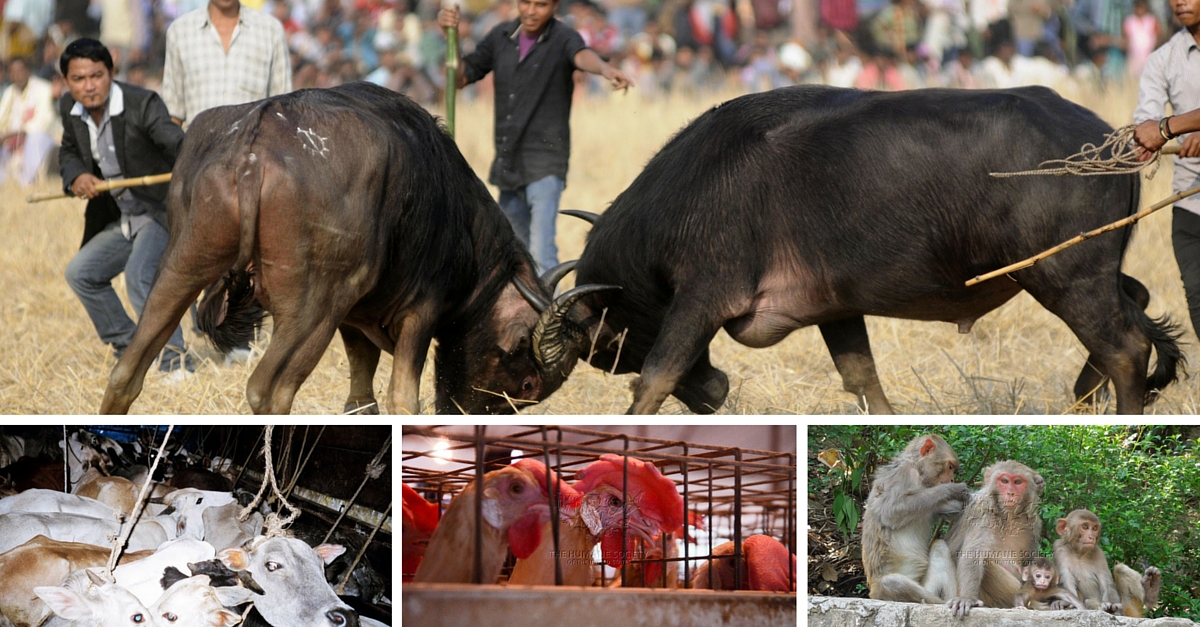 Here, Humane Society International/India gives you the lowdown on legislation in relation to animal welfare in India so you can be informed of what protections are available to animals.

1. It is the fundamental duty of every citizen of India to have compassion for all living creatures. Article 51A(g).

2. To kill or maim any animal, including stray animals, is a punishable offence. IPC Sections 428 and 429.

4. No animal (including chickens) can be slaughtered in any place other than a slaughterhouse. Sick or pregnant animals shall not be slaughtered. Rule 3, of Prevention of Cruelty to Animals, (Slaughterhouse) Rules, 2001 and Chapter 4, Food Safety and Standards Regulations, 2011.

5. Stray dogs that have been operated for birth control cannot be captured or relocated by anybody including any authority. ABC Rules, 2001.

6. Neglecting an animal by denying her sufficient food, water, shelter and exercise or by keeping him chained/confined for long hours is punishable by a fine or imprisonment of up to 3 months or both. Section 11(1)(h), PCA Act, 1960.

7. Monkeys are protected under the Wildlife (Protection)Act, 1972 and cannot be displayed or owned.

8. Bears, monkeys, tigers, panthers, lions and bulls are prohibited from being trained and used for entertainment purposes, either in circuses or streets. Section 22(ii), PCA Act, 1960.

9. Animal sacrifice is illegal in every part of the country. Rule 3, Slaughterhouse Rules, 2001.

12. Teasing, feeding or disturbing the animals in a zoo and littering the zoo premises is an offence punishable by a fine of Rs. 25000 or imprisonment of up to three years or both. Section 38J, Wildlife (Protection) Act, 1972.

13. Capturing, trapping, poisoning or baiting of any wild animal or even attempting to do so is punishable by law, with a fine of up to Rs. 25000 or imprisonment of up to seven years or both. Section 9, Wildlife (Protection) Act, 1972.

15. Conveying or carrying animals whether in or upon any vehicle, in any manner or position which causes discomfort, pain or suffering is a punishable offence under two Central Acts. Section 11(1)(d) Prevention of Cruelty to Animals, (Transport of Animal) Rules, 2001 and Motor Vehicles Act 1978.