A 46-Year-Old Is Filling Potholes in Mumbai. For a Heartbreaking Reason.

On July 28, 2015, Dadarao Bilhore lost his 16-year-old son after a road accident that took place because of an open pothole. Since then, every time this Mumbai resident sees potholes on the streets, he fills them up with his bare hands – as a way to pay tribute to his son.

On July 28, 2015, Dadarao Bilhore lost his 16-year-old son after a road accident that occurred because of a pothole. Since then, every time this Mumbai resident sees potholes on the streets, he fills them up with his bare hands – as a tribute to his son.

Dadarao’s son Prakash was returning home from Navjeevan Education Society’s Polytechnic College in Bhandup after finishing his admission formalities. His cousin Ram was riding the bike and they hit an uncovered pothole that was dug up on the Jogeshwari-Vikhroli Link Road for some construction work.

The pothole was filled with water due to the rains. 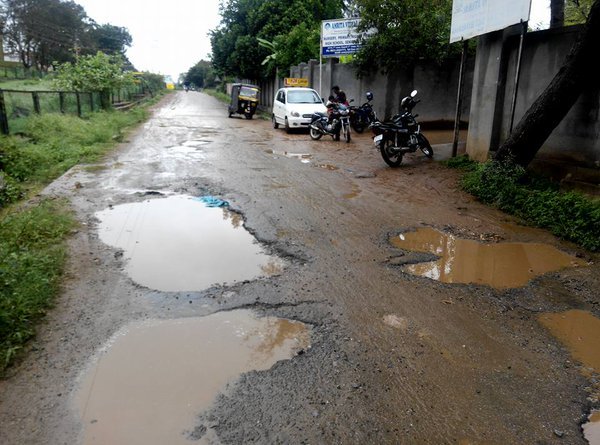 “My son would not have wanted this to happen to anyone else. He was a very good boy, smart, intelligent and full of life. I will continue my fight to ensure that the people whose negligence led to his death are punished. But I don’t want others to suffer like I did. I want to make our streets safer,” Dadarao Bilhore told Mumbai Mirror.

He has filled about a dozen potholes with broken paver blocks and debris collected from construction sites. 46-year-old Dadarao sells vegetables for a living and Prakash was the first person in his family to have studied in an English medium school.

Inspired by Dadarao, the onlookers also try and help him every time he is filling a pothole. But even after six months of Prakash’s death, the grieving father is still awaiting justice. According to this report, the FIR states that the pothole was dug up for some construction work and no barricades or signs had been placed as a warning at the site.