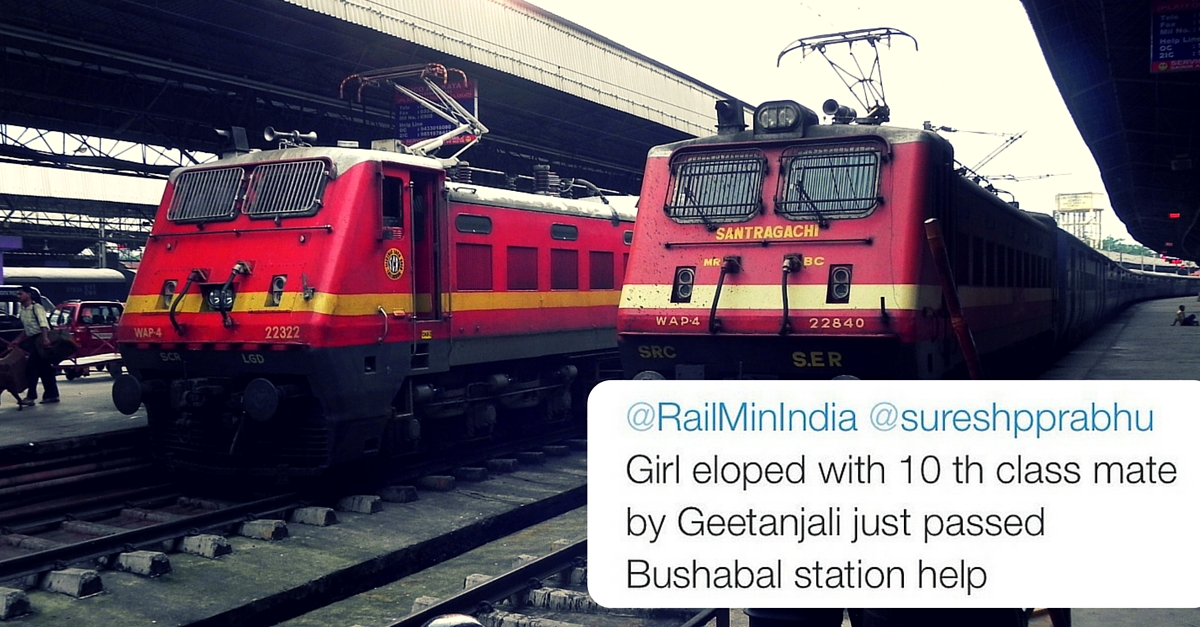 A tweet to the Railway Minister, Suresh Prabhu, and the Ministry of Railways, helped the parents of a 15-year-old girl find their daughter recently. The girl, a student of class 10 in Jharkhand, had allegedly eloped with her classmate on Saturday. When her father got the information that duo had boarded a train, he decided to tweet and seek help.

“The girl’s father from Jharkhand tweeted to railway minister Suresh Prabhu that the kids are on board the Geetanjali Express to Mumbai,” a senior railway official told The Times of India.

He shared the girl’s picture, her name, contact number and the details of the train she was in. He also mentioned that the train was about to reach Bhusawal station.

The ministry took immediate action and alerted the Railway Protection Force as soon as they got this information.

A tweet to @sureshpprabhu helped a father in distress and saved two innocent kids from falling in wrong hands pic.twitter.com/ZX5654ZAZz

They started tracking the two teenagers and finally found them at Nashik station. Their parents reached Mumbai to take them back.