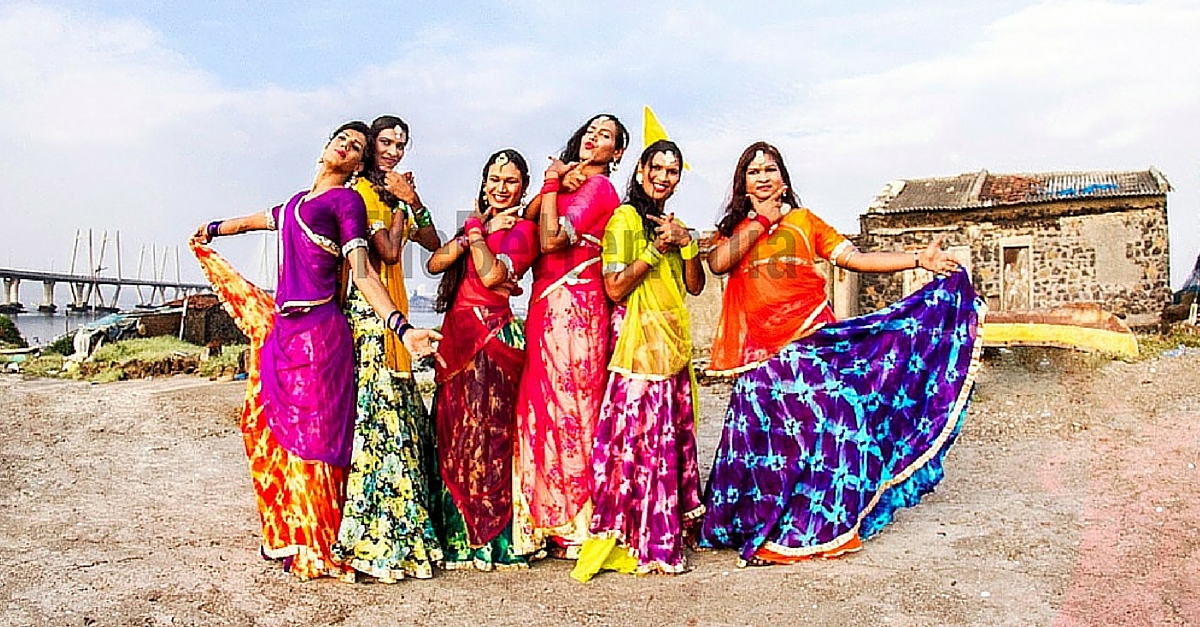 Earlier this month, six members of a new Indian band came together and performed a cover version of Pharrell Williams’ hit song Happy. The song, which has a mix of English and Hindi lyrics, gathered over 1.5 million hits in less than 20 days. You’ll be even more surprised when you see who the members of the ‘6-pack band’ are. All of them are members of the transgender community, often referred to as ‘hijras‘.

But does the song really convey what the transgender community in India feels? Are they really a happy lot? Our contributor Bhagirath Iyer speaks to three of the band’s members – Bhavika Patil, Chandni Suvarnakar, Asha Jagtap – and their mentor Ravina Jagtap, to find out.

Q: Why did you choose happiness as a theme?

Bhavika: We wanted to convey the message that our community is usually associated with happiness. Whenever there is a happy occasion in a family like the birth of a child or a marriage, we are there, sharing the happy moment with the family members. In spite of the difficulties we face, like harassment by the police and fewer opportunities to earn money, we don’t show that. We take happiness to people’s houses. And like Chandni says, clapping is our birth right.

Q: Did you enjoy this opportunity to make a video?

Asha: Bhavika has performed earlier too. She was part of a video urging car drivers at a traffic signal to wear their seatbelts.  For me, this was like a dream. I am very fortunate to have got this opportunity. I felt very scared initially as I have only performed at family functions before, not for a song like this. I’m happy that people from Yash Raj Films, who are behind the making of the band and the song, are very supportive.

Q: How have things changed after the Supreme Court recognised transgenders as the third gender?

Ravina: People have started to change. Half of the people have started accepting us, but the other half still jeers at us or are afraid of us. We have come a long way from ‘Tayyab Ali Pyaar Ka Dushman‘ to the ‘Hum Hain Happy’ song. Any change will take time. We are hopeful that the song will help bring about change, especially after seeing the comments and likes the song has received on social media.

“Next, it would be great if one of us can play a lead role, as a transgender, in a Bollywood movie,” adds Bhavika.

About the Author: Bhagirath Iyer is a finance professional looking at doing something more meaningful than his day job. He is the co-founder of Make Love Not Scars, which works with acid attack survivors, and is also trying to collect stories of people who have overcome odds to become successful in life.
Promotion