Our Salute to the Unsung Canine Heroes of the Indian Army

As the Indian Army's Dog Squad prepares to march down Rajpath this Republic Day, it is time to look back at and honour some canine heroes, fierce and ever loyal to our soldiers in uniform. We name and salute some of these legendary dogs here.

As the Indian Army’s Dog Squad prepares to march down Rajpath this Republic Day, it is time to look back at and honour some canine heroes, fierce and ever loyal to our men in uniform. We name and salute some of these legendary dogs here.

It’s been over 60 years since dogs were first pressed into service in the Indian Army in 1959. And since then, thousands of dogs, depending on their breed and aptitude, have been given rigorous training in explosive detection, mine detection, tracking, guarding and assaulting at the Remount and Veterinary Corps (RVC) Centre and College in Meerut.

Currently, many Army dogs are deployed in counter insurgency areas. Others provide security to VIPs and guard strategic defence installations. Many dog units have excelled in a large number of operational missions, receiving  awards like Shaurya Chakras, Sena Medals and Chief of the Army Staff’s commendation cards in recognition. It is a pity then that some of these commendable acts of bravery have never been publicised or written about. Let’s try and rectify that:

Born in 1993 at RVC Centre & School Meerut, this golden Labrador named Rex was was posted to 14 Army Dog Unit under Delta Force and assigned the areas adjoining the town of Bhaderwah, to help troops in trailing and tracking militants. In 1995, he tracked a militant injured in an encounter for over 3 km in the thick of militant fire. In a chase that lasted for over four hours, he managed to recover one AK 56 rifle and a haversack containing 92 rounds.

In 1998, out on a patrol in the area of Gulgandhar, security forces killed two dreaded militants and badly injured one, who managed to escape. Rex picked up the scent and, hot on his trail, moved with speed and stealth for 2 km across the mountainous terrain. He traced the body of the militant in a hideout where he had succumbed to his injuries.

He again performed exceptionally well during an avalanche rescue operation, and that too without any formal training in this field. Rex succeeded in locating the bodies of three militants buried under six feet of snow, after which he went on to locate three separate hideouts having an assortment of arms, ammunition, wireless sets, rations and stores.

During another operation in Daraba near Rajouri, Rex suffered a fall and sustained serious intestinal injuries. He was evacuated to the nearest Army Veterinary Hospital where he finally succumbed to his injuries on September 22, 1999. Picture for representation purposes only.

In the late 1990s, another Labrador named Rock, after tracking a 4-km stretch over a difficult, snow-bound and mountainous terrain, helped authorities apprehend four foreign militants. They also recovered four AK-47 rifles, two radio sets, one improvised explosive device (IED) and 170 rounds of ammunition in the Fatehpur area of the Kashmir valley. Photo for representation purpose only.

On June 9, 1998, Indian troops had an encounter with militants near Banihal in Kashmir. Rocket was pressed into action immediately. After obtaining the scent from a scarf left behind by militants, Rocket soon recovered one universal machine gun, three AK-47s, two AK-56s and one sniper rifle, two 9 mm pistols, seven radio sets, 11 IEDs, 26 hand grenades, 37 electric detonators and over 1500 rounds of ammunition — a record haul!! 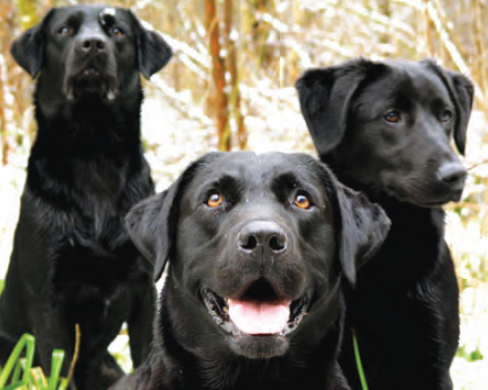 Photo for representation purpose only

The explosive or mine detective dogs help road opening parties by providing safe passage to troops and civilian convoys. On September 16, 1998, a young and naughty Labrador named Rudali, recovered an IED along the roadside in the Surankote area, saving many lives in the process. A great sniffer dog, Rudali has also been used to clear places like helipads, conference halls and routes to be taken by visiting dignitaries and VIPs. Photo for representation purposes only.

On a late evening in August 2015, a 4 year old Army Labrador named Manasi sensed the movement of some militants along the LoC in Kupwara’s Tangdhar sector and immediately started dragging her handler Bashir Ahmad towards the target. The search operations took place under conditions of poor visibility and unfortunately, both the dog and handler were killed in a hail of gunfire.

The duo were not only good friends but were also good at their job. They were part of the team that tracked down and killed a terrorist on Kaisuri ridge in May of the same year, as well as foiled another terrorist insurgency in July. 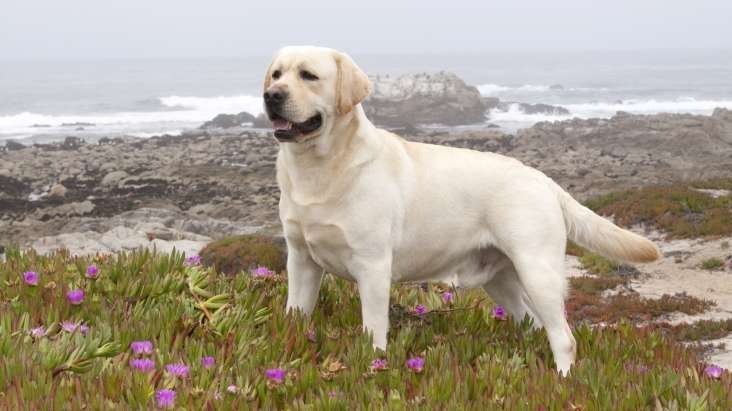 Photo for representation only.

The story of Alex, a golden Labrador, is truly the stuff of legends. In 1965, this dog dog from RVC, Meerut, was put on duty after an attempt on the life of Bhutanese king Jigme Dorji Wangchuck in Paro. Alex picked up the would-be assassin’s scent from a grenade lever, and ran miles across a forested hill, eventually catching him in a temple. In gratitude, the king awarded him Rs 1,000, his own gold ring and a certificate. Photo for representation only. Source: Jaagruti.org

They may not be top breeds, specifically trained by the elite dog squad, but the ubiquitous Indian mutts living along the higher reaches of the LoC are increasingly being valued for the service they are providing our armed forces. Known as ‘langar dogs,’ because they live on scraps from the army, they are foiling infiltration bids along the border.

Soldiers are being encouraged to adopt these strays at their posts because they are proving increasingly useful in detecting the movements of Pakistani infiltrators and providing early warnings. Their presence also dulls the effect of isolation on the jawans stationed at forward posts.