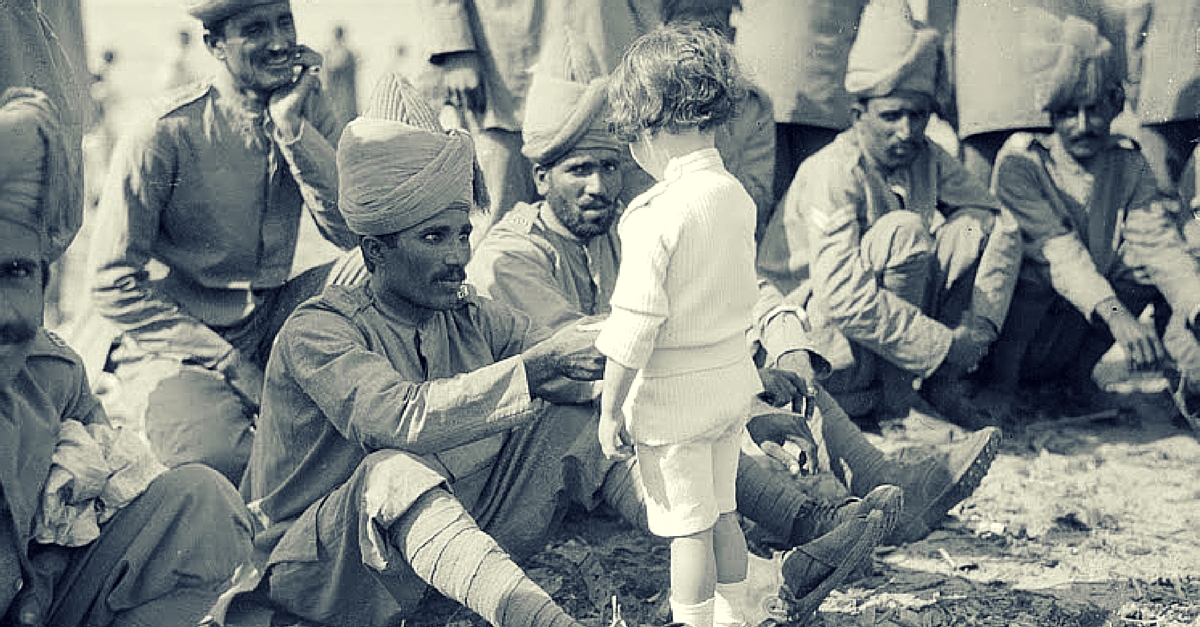 The Indian Army is built upon a long and proud tradition of valour. During World War I, Indians formed a large contingent of soldiers in Europe, the Middle East, and the Mediterranean. Over 1 million (10 lakh) troops from undivided India served overseas, of which over 60,000 were killed. Claude Auchinleck, who was commander-in-chief of the Indian Army, had said that the British “couldn’t have come through both wars if they hadn’t had the Indian Army.”

Here are some photos from that forgotten time.

2. A young French boy introduces himself to Indian soldiers in Marseilles

4. A regiment of Indian lancers preparing to charge

6. An Indian cavalry regiment in Mesopotamia

7. On the march in France

10. Indian troops in the Persian Gulf

11. Indian reinforcements who fought at Givenchy

16. A lancer from Bengal

21. Checking a map on the Western front

22. Indian cavalry from the Deccan Horse during the Battle of Bazentin Ridge

23. Indian bicycle troops at the Battle of the Somme

25. Indian infantrymen training in case of a gas attack

26. Group of soldiers, Highlander and Indian Dogra, sitting together in a trench

27. The Dome Hospital in Brighton, which had 680 beds for Indian soldiers

28. Bal Bahadur, who was wounded while rescuing fellow soldiers