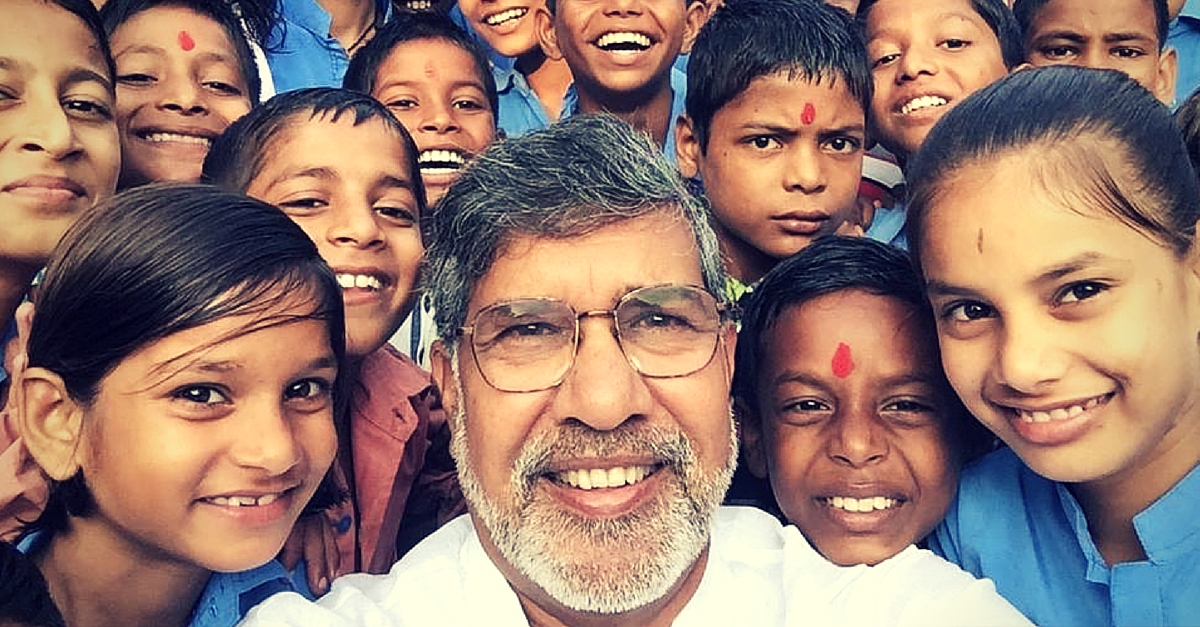 He is best known for receiving a Nobel Peace Prize in 2014. But did you know that Kailash Satyarthi has been fighting to protect and ensure children’s’ rights for three decades now? Here are 5 things that you need to know about this change-maker.

For three decades, one man has been working to protect children from exploitation. He has led several movements, peaceful protests, and campaigns to protect and advance child rights in India.

And not many people were aware of his incredible work and achievements till he won a Nobel Peace Prize in 2014.

We are talking, of course, about Kailash Satyarthi, the man on a mission. He kickstarted his efforts in the field when he founded the Bachpan Bachao Andolan (lit. Save the Childhood Movement) in 1980. Since then, his work and efforts have only become bigger and better. Till date, he has saved thousands of children from exploitation.

Here are the five things you need know about him:

1. He has freed over 83,000 children from slavery and child labour.

He was just 26 when he gave up his career as an electrical engineer to work for children. Kailash founded the Bachpan Bachao Andolan and has consistently worked hard to protect the rights of thousands of children – till date, his work has freed over 83,000 from 144 countries!

2. His ideals are reflected even his name.

Kailash was born Kailash Sharma. But even as a teenager, his ideals were guiding him in the direction of equality and social justice. When he was 15 years old, he gave up his surname following an incident that left a deep impact on him. He, along with friends, had organised a dinner for “high caste” political leaders. And the food for the dinner was prepared by “low caste” people. When they go to know the identity of the cooks, the politicians did not turn up for dinner and even boycotted Kailash and his friends’ families for organising it. He was deeply affected by the injustice inherent in this deeply-flawed caste system; he decided to drop his surname and adopt “Satyarthi” instead — which translates to “Seeker of Truth”.

Kailash was 11-years-old when he, along with his friends, collected used books from his neighbourhood in Vidisha, Madhya Pradesh and distributed them to children who needed them.

In 1994, Kailash started an initiative called “Rugmark” (now known as GoodWeave International). The aim of the initiative is to create a carpet industry that does not make use of child labour. Rugs sold under the GoodWeave label are certified child-labor-free.

5. He started the Global March movement.

This movement has sent a powerful international message against child labour. Started in 1998, it began with an 80,000 km long physical march across 103 countries. Members from over 140 different countries participated in the march. The impact of the movement has been so profound that today, 177 of 185 member countries of the International Labour Organisation have ratified a convention against child labour.

In addition to these stellar achievements, Kailash has several awards recognising his work. One of these is the Harvard “Humanitarian of the Year” Award, which he received in 2015. This makes him the first Indian to receive this honour.