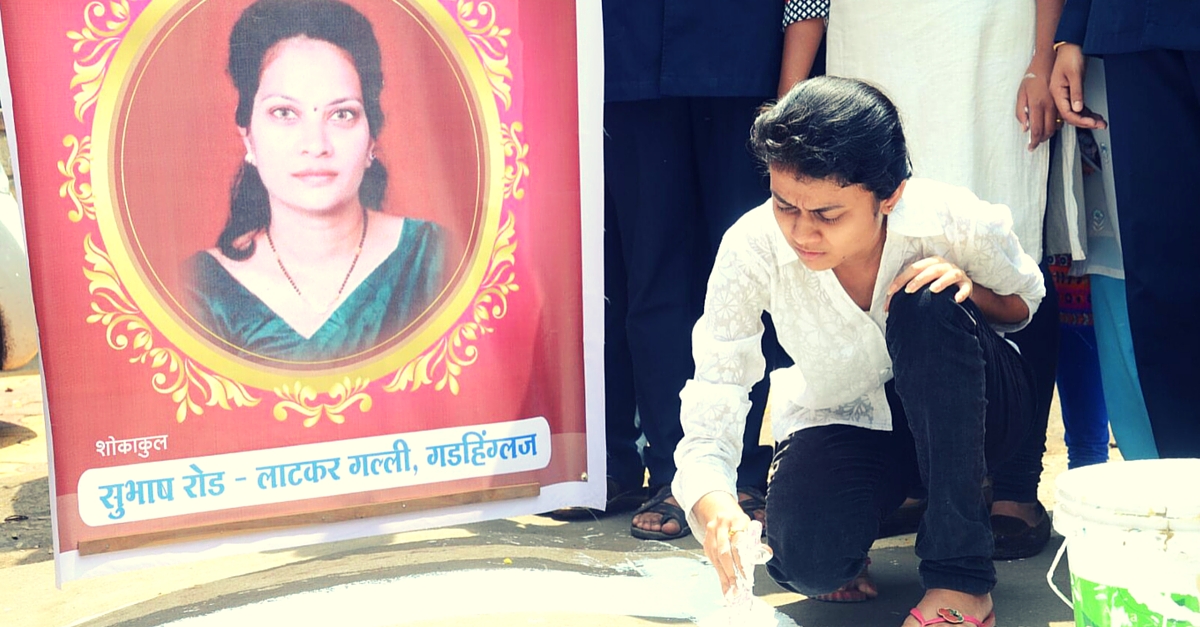 In India, there is one death every four minutes due to a road accident. More than 1200 road crashes occur every day. According to the latest data released by the National Crime Records Bureau (NCRB), speeding and dangerous driving are the biggest reasons for road fatalities. This tragic story may not be the only one you’ve heard but let it encourage you to stop a loved one from driving irresponsibly today.

Neha is an only child. Her parents, Veena and Vivek Charati, pampered her all through her growing years but Veena, who was a vibrant and independent woman, wanted her daughter to be strong and confident when she grew up. In a small town like Gadhinglaj, in the Kolhapur district of Maharashtra, Veena herself was the only woman who had worked in a private bank for the past 16 years. Neha had barely entered her third year of engineering college, but Veena was already making plans to send her abroad for higher studies.

Veena was not just a good mother and a loving wife but also a very responsible daughter – she continued to help her parents financially after she got married. At work, all her colleagues and account holders were full of praise for her. Veena was a cashier and used to be seated on the first floor of the bank’s building. But she would always come down and help the elderly people coming from nearby villages. This caring nature made her special to everyone.

Veena’s husband Vivek supported her in every aspect of her life. Every morning, Vivek used to drop her to the bank on his scooter and the two of them would chat all the way to her workplace.

The morning of October 4, 2015, was one such day. Veena was ready by 8 am and Vivek started the scooter. Veena sat on the rear seat. As they were driving in the area near the Municipal Corporation, Vivek saw an Innova heading towards them speedily in the back mirror. They crossed a speed breaker that was merely visible but thought the Innova too would decrease its speed once it came near the speed breaker. It was 8:30 am and there was hardly any traffic, but Vivek played it safe by moving towards the left side of the road. Unfortunately….

In a matter of a few seconds, the Innova had bumped at high speed over the speed breaker and crashed into the two-wheeler. The boy on the driver’s seat pulled up the hand brake but by that time the wheel of the car had already come to rest on Veena’s stomach.

Veena and Vivek were rushed to the hospital. Neha was informed about the accident at her hostel immediately.

Veena had multiple fractures on the left side of her body. Her intestines were crushed. It was 4 pm by now and she was still bleeding internally. The doctors advised that she be moved to a better hospital in Belgaum. But this brave lady, who was the joy of her sweet little family, lost her battle with life on the way.

There were three young boys in the Innova that hit Veena and Vivek’s scooter. They were exceeding the speed limit. They could not see the speed breaker, which was in fact hardly visible, according to the spectators.

For days, Neha did not come out of her house. She did not know what to do. Her mother was her strength and now, without her, she felt empty and weak. Visitors kept coming and going. Everyone talked about the accident. And there was one thing they all discussed – the speed breaker. Everyone was of the opinion the speed breaker had not been helpful and, in fact, was dangerous as it was not visible at all.

After many days of being depressed, Neha came out of her house and decided she was going to do something that would prevent another person from losing a loved one.

With inspiration from one of her neighbours and support from her friends, she went and painted the speed breakers that were not visible in the location where her mother met with this unfortunate incident.

“My Mom lost her life due to negligence…negligence by the boys who were breaking road safety rules by speeding and driving the wrong way on a one-way street…and negligence by the authorities who had not clearly painted the speed breaker. My mother won’t come back but we have to make sure that this does not happen to any other daughter. Road rules should be strictly enforced. The RTOs should take up the matter of boards and markings seriously, not just in big cities but also in small towns and villages that are becoming increasingly crowded,” says Neha

We hope their words will be taken seriously, not just by road and municipal authorities who need to enforce rules, but also all Indians driving irresponsibly — they or their loved ones could be the next forgotten statistic should they ignore the rules of the road.