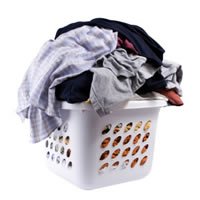 This article is about a unique initiative called the Clothes Bank. Many people just throw their old clothes away. Old pair of jeans which one no longer fits in, an

This article is about a unique initiative called the Clothes Bank. Many people just throw their old clothes away. Old pair of jeans which one no longer fits in, an ancient sweater with some wool pulled off, a ragged t-shirt and all such clothing we abandon and move up to the latest fashion. You might want to donate, but the problem is how to find people who need such clothes?

To solve this, a Guwahati based NGO called Xavier’s Foundation has founded a unique Clothes Bank in association with the North Eastern Development Finance Corporation Limited (NEDFi).

The basic objective of this bank is simple – it collects clothes from people who no longer need them, and distributes these clothes to the poor and the needy. Its a brilliant idea and leaves one wondering as to why such an idea was not already implemented.

The Telegraph reports in this article:

“Our basic idea is to collect old clothes that can be still be used and make those available to the needy free of cost through different NGOs and other organisations which are working for the uplift of the poor and underprivileged,” Xavier’s Foundation president Pranab Jyoti Neog said. The idea is his brainchild.

He said the clothes bank would be good for donors as well because while disposing their old clothes they would be doing charity by ensuring that these clothes reach the needy and poor people free of cost.

If you live in Guwahati or nearby the city, you can donate your clothes at the office of the NEDFi which is house number 8 on Rajgarh Main Road. You can also call them at their office on +91-036-2529 202-06. (Contact number obtained from NEDFi website)

If we have numerous such clothes bank in our country, it would be a great help in cases of natural disasters (floods, earth quakes etc) since it would be easy to mobilize clothing to the affected people. In fact, why just a clothes bank we ask. We could also have an essential commodities bank wherein people can donate things like utensils, furniture, footwear etc. These banks could then take on the responsibility of distributing it to the needy.

The Clothes Bank set up by NEFDi is a simple yet impactful idea and we hope this serves as an inspiration to many of us to take up such initiatives.