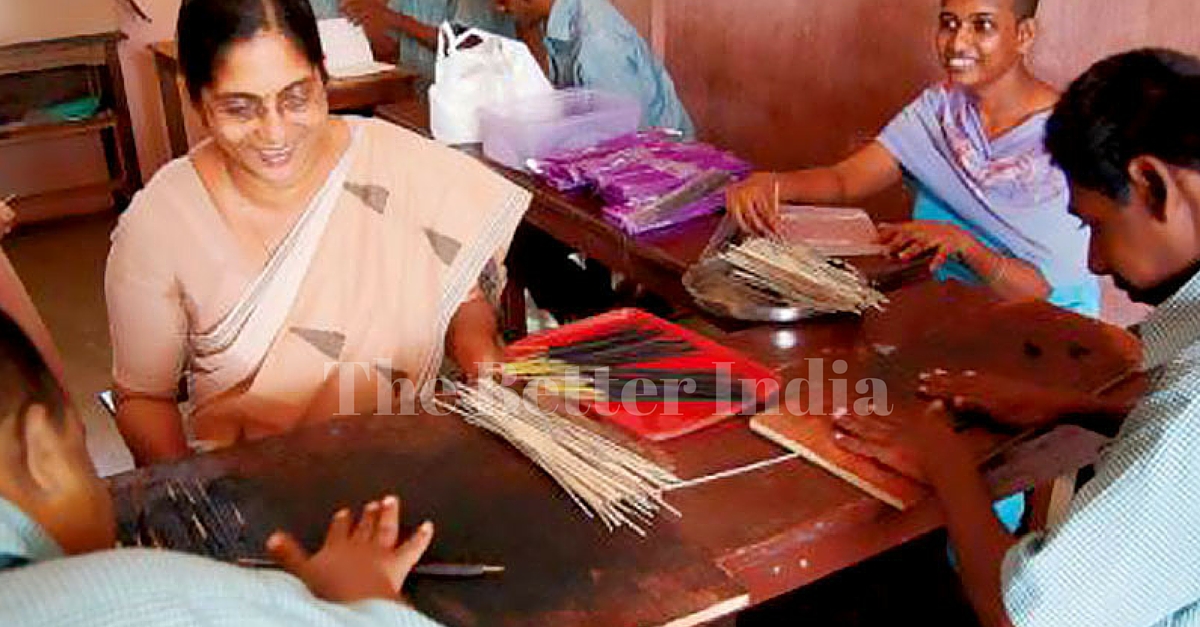 Dr. Bhanumathi grew up with three mentally challenged siblings, which inspired her to start AMHA.
Promotion

It’s been 19 years since Dr. Pullara started an institute for people with mental disabilities in a government school. Having grown up with three mentally disabled brothers herself, she knew how harshly life and society treats people with such disabilities. Today, after a lot of effort, she has a new building that accommodates 50 adults, all of whom are afforded dignity and proper care.

Dr. Pullara Bhanumathi grew up with three brothers with mental disabilities, one of whom died in her arms because he was denied treatment due to his mental condition.

“He was 52 then and doctors did not attend to him properly because he was mentally challenged. He died in my lap and that day still brings tears to my eyes. That incident upset me so much that I decided I would start an institute to cater to the needs of mentally challenged adults and children,” says Dr. Pullara.

After this incident, Dr. Pullara went on to complete her higher studies and become a professor of zoology. But she did not forget the promise she had made herself several years ago.

She started the Association for Mentally Handicapped Adults (AMHA) in a small government school in Trissur, Kerala, in 1996.

Her salary from her professorial job was her only source of income then. But she was not to be deterred because she wanted to change the lives of as many adults with mental disabilities around her as she could.

“At least my brothers had the family and me to take care of them. Many mentally challenged kids and adults don’t have anyone,” says Dr. Pullara.

Started with just a handful of adults, AMHA reaches out to over 50 adults today. After operating in a government school for several years, she managed to buy a piece of land in the year 2000 and construct a building that accommodates all the members and also those who come on a daily basis from nearby places.

“We have adults with different issues. From Down’s Syndrome to Cerebral Palsy, we accommodate all kinds of adults who need our support,” she says.

Dr. Pullara shares a close bond with all the members of AMHA, who fondly call her “amma.” Her aim is not just to take care of them but also to help them become as independent as possible.

AMHA takes in adults and children above the age of 12. They are given vocational training. They try their hand at making candles, incense sticks, soaps, ornaments, washing powder, paintings, handicrafts, etc. These products are then sold and the money earned is distributed among them.

Raghav (name changed) is one of the oldest members of AMHA. He was a very different person from what he is today when he came to Dr. Pullara 10 years ago. He would hardly speak with anyone and remained isolated most of the time. After regular intervention and training, Raghav is now a confident boy and works as the caretaker of the institute.

Dr. Pullara is not alone in this compassionate initiative. Her husband Saleesh whole-heartedly supports her in her mission.

In fact, the couple is so passionate about this cause that they decided not to have any children. Instead, they take care of all 50 AMHA members like their own children and cater to all their needs.

“I thought if I have children, my love will be shared. These are like my own children and I want to love them like their own mother,” says Dr. Pullara.

Like Raghav, Joy too was spotted on the streets by Dr. Pullara. He would roam, begging, till she contacted Joy’s family and convinced them to admit him in her institute.

“It was challenging. People would doubt my intentions. They would not understand why a woman with a full time job would open an institute like this. They thought I was doing this for fame. But I did not let all this negativity affect me. For me, it is a wonderful feeling to be running this place. We want to bring smiles on these faces and help them live a more dignified life. I have seen the issues faced by my brothers. People would call them mad and tease them. It impacted me deeply,” she says.

AMHA was self-funded by Dr. Pullara for several years. But now she has started receiving some help from like-minded individuals. Occasionally, people sponsor the meals of the residents at the institute or provide other food items and monetary help. Dr. Pullara has somehow managed to keep the initiative going but she continues to face a financial crunch.

She also organises seminars to spread awareness about the plight of people with mental disabilities.

“The main idea is to break the stigma and provide a better life to those suffering from mental health issues. For me, all my kids are different from one another. They are beautiful souls. They don’t need sympathy. All they need is recognition and care,” she says.