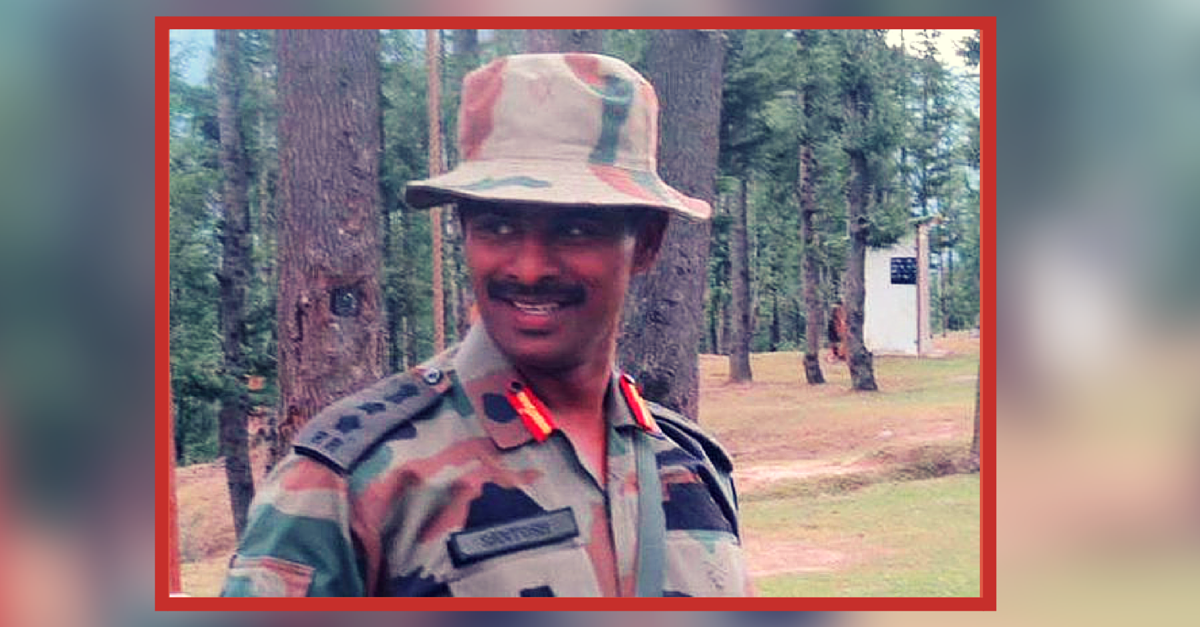 Colonel Santosh Mahadik, a member of the Army’s elite Para Commando force, lost his life in an aggressive gun battle against militants. The operation against heavily armed terrorists, who have infiltrated across the Line of Control, has been going on since November 13 in the Manigah forest area of the border district of Kupwara in North Kashmir.

The 37-year-old Colonel was the Commanding Officer of 41 Rashtriya Rifles, and was leading his troops in this encounter.

They had launched a cordon and search operation in the forest area last week. On the first day of operation, two soldiers were injured during the search and the terrorists fled deep into the forest. The Colonel, along with his men, continued to chase them. At around 2 pm on Tuesday, when they were searching the area once again, the terrorists open fired on them.

“Col Mahadik was hit on the head…he was evacuated to the Durgmulla military hospital but succumbed despite medical intervention. Two other security personnel were injured. The operation is still continuing, with more forces being rushed to the area,” a senior officer informed the Times of India.

The Colonel, who hailed from Maharashtra, had been awarded the Sena medal for gallantry during Operation Rhino in the Northeast in 2003. He had conducted many successful operations against militants in both Jammu and Kashmir and Northeast India for more than a decade. Even after becoming a Colonel, he volunteered to command a battalion of the Rashtriya Rifles. He was commissioned into the Army in December 1998, and had become an accomplished paratrooper and combat underwater diver.

The Rashtriya Rifles was first raised in October 1990. It has grown into an 80,000-strong force with 63 battalions and has six Ashoka Chakras, 34 Kirti Chakras, 221 Shaurya Chakras, and other medals to its credit.

“We owe a deep debt of gratitude to officers like Santosh who lead from the front and are willing to pay the ultimate price in the fight against terrorism,” Lieutenant General DS Hooda, Army Commander, Northern Command, told NDTV.

Colonel Santosh Mahadik is survived by his wife and two children. While the army has a tradition of its officers leading from the front, it is very rare for battalion commanding officers to die in counter-insurgency operations.

We salute this brave soldier for his immense courage and inspiring spirit.

Salutations to the young, brave Colonel Santosh Mahadik who in the best traditions of our Fauj- commanded right from the front. God Bless.

Colonel Santosh Mahadik will always be alive amngst us;laid down life fighting 4 'India'.Supreme Sacrifice;Reminds to take on Terror Head On

It is because of such courageous fighters like Colonel Santosh Mahadik that our nation lives in peace and feels safe & protected. Jai Hind!

Tribute to the young Colonel Santosh Mahadik who was martyred today. 1/2