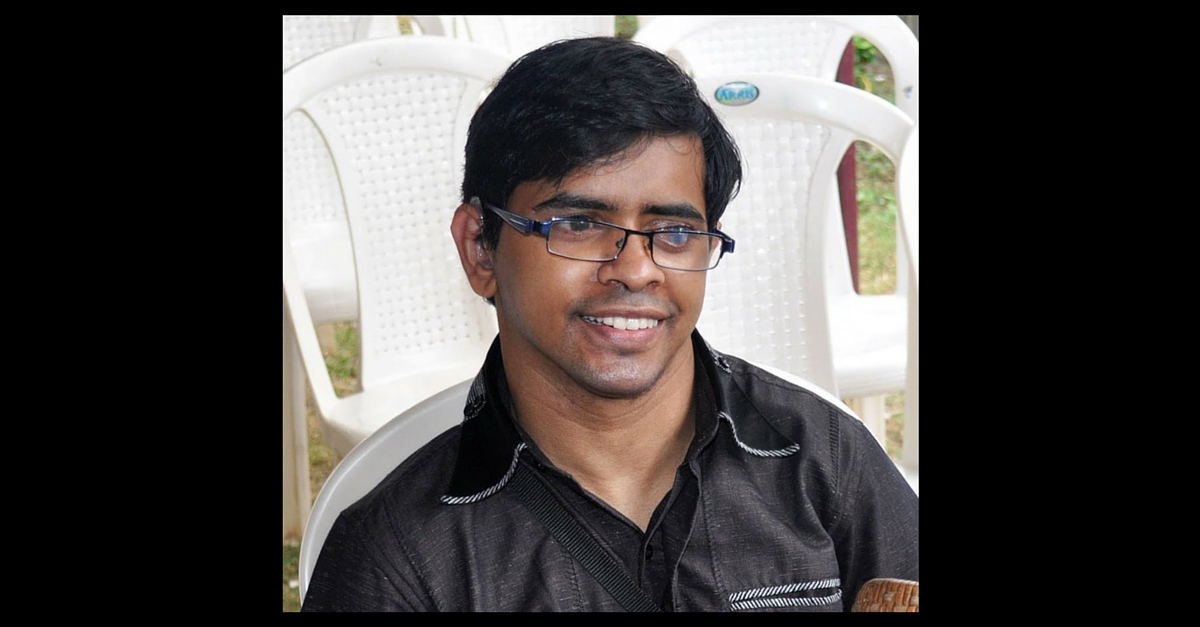 “Success is not final, failure is not fatal: it is the courage to continue that counts.”
– Winston Churchill

Anjan Satheesh, a differently abled artist has proved that nothing can stop an ignited and strong mind.

Anjan is hearing-impaired and has cerebral palsy. But neither of these conditions stopped him from following his dreams.

Anjan is now making headlines for all the right reasons. He recently won a national award for Outstanding Creative Adult with Disabilities, instituted by the Ministry of Social Justice and Empowerment this year.

His various paintings and caricatures drawn over the last several years won him the prestigious award. He will receive a purse of Rs. 50,000 and citation, which will be presented to him at a function in Vigyan Bhavan, New Delhi, on December 3.

A former student of Adarsh Special School, Tripunithura, Anjan has learnt 3D animation at Toons and now works as a computer teacher there. His other achievements include awards like Amrita Keerthy Puraskaaram (Amritanandamayi Math) at the age of 8, Rotary International Special Talent Award (2001), Medal in Art at the National Abylimpics, Chennai (2005).

He was also praised by ace cricketer Sachin Tendulkar for his creativity. Anjan had drawn a caricature of Sachin when the master blaster had come down to watch an ISL match of Kerala Blasters in Kochi.

Anjan’s most memorable moment is his meeting with the former president Late APJ Abdul Kalam, who appreciated his work in 2005 during his visit to Adarsh. In fact, a photo featuring Dr. Kalam and Anjan became part of the book titled ‘Turning Points: A Journey Through Challenges’. He also organized an exhibition of his work at Kerala High Court in 2009, becoming the first artist to hold an exhibition inside the High Court and to get a Full Court Honour.

“Disability cannot defeat me ..straining to reach there for which I am made for..aiming to become a legend with what I have in me,” he wrote on his blog.

Check out his website to know more about his work.