ISRO has given many Indian educational institutions a chance to venture into space technology by guiding students towards making experimental satellites. 12 such student satellites will be launched next year, and here are the five that have already been launched since 2009.

Indian Space Research Organisation (ISRO) has given many educational institutions a chance to venture into space technology by guiding students towards making experimental satellites. Since 2009, five such student satellites have been launched by ISRO.

And by next year, the space agency is set to launch 12 more satellites designed by students of different academic institutions. According to ISRO Chairman, A.S. Kiran Kumar, they are focussing on lighter satellites as lifting them into space is easier. Thus, students are being given the opportunity to design light-weight experimental satellites, and 12 of them are expected to be launched by middle of next year.

The five student satellites launched by ISRO till date are as follows: Nanosatellite Jugnu was designed and developed by Indian Institute of Technology, Kanpur under the guidance of ISRO. It weighs 3 kg and was launched on Oct. 12, 2011.

According to ISRO website, the functions of Jugnu are as follows: 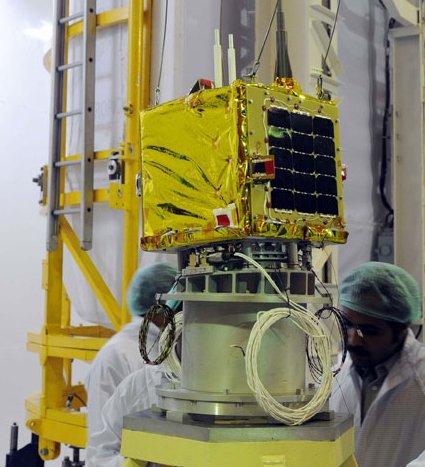 Weighing 10.9 kg, this nanosatellite was developed by the students and faculty of SRM University, Chennai. The satellite aims to address the issue of pollution and global warming by monitoring Carbon dioxide and water vapour levels. It was launched on Oct. 12, 2011. 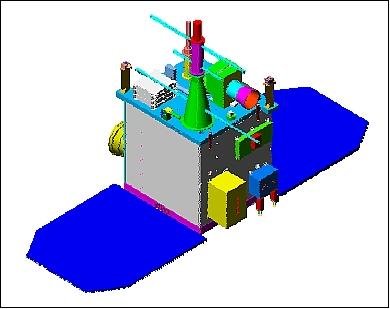 This is a mini satellite with a lift-off mass of 92 kg. It was a joint Indo-Russian stellar and atmospheric satellite mission which saw the participation of students from different universities at graduate, post graduate and research scholar level. Two out of three payloads on the satellite are Indian and one is Russian. Its objectives are to investigate the composition of upper surface of the earth, carry our experiments related to energy of the earth’s crust, and to understand the dynamics of the earth surface. PSLV – C16 was used as the launch vehicle for the satellite on Apr. 20, 2011.

Launched on July 12, 2010, STUDSAT was the first pico-satellite of India, and the smallest satellite launched indigenously by any Indian organization. It was developed by a group of seven engineering colleges from Karnataka and Andhra Pradesh. Weighing 1 kg, its primary objective was that of promoting space technology in educational institutions. The miniature satellite was developed to encourage research by establishing a communication link between the satellite and ground station. This was the first satellite built by an Indian University under ISRO’s guidance, to demonstrate the technologies related to message store and forward operations. Store and forward is a telecommunications technique in which information is sent to an intermediate station, kept there, and sent to the final destination other intermediate station later. Designed, developed and integrated at Madras Institute of Technology (MIT), Anna University, the satellite weighs 40 kg and was launched on Apr. 20, 2009.

There are two ways in which universities can join hands with ISRO for satellite development: Development of payloads: In this case, educational institutions can propose that the payloads developed by them be launched with ISRO’s small satellites. Every satellite has a payload that performs the required functions to achieve the mission goals. The development of payloads deals with detectors, electronics and associated algorithms, it is carried out as R&D activity in several education institutions across the world. Thus, the payload is developed by the university or institution, and is launched with ISRO’s satellite along with other payloads. After launch ISRO acquires the payload data and sends it to the universities for further analysis.

Satellite design and fabrication: Universities get technical guidance by ISRO to design, fabricate and test the satellite bus and payload. The bus supports payload functions. Universities deliver the integrated spacecraft to ISRO for launch. ISRO also provides them with some of the required material. Finally, the design is tested by ISRO. More than one university can club together to work under this option.

All pictures if otherwise mentioned: isro.gov.in