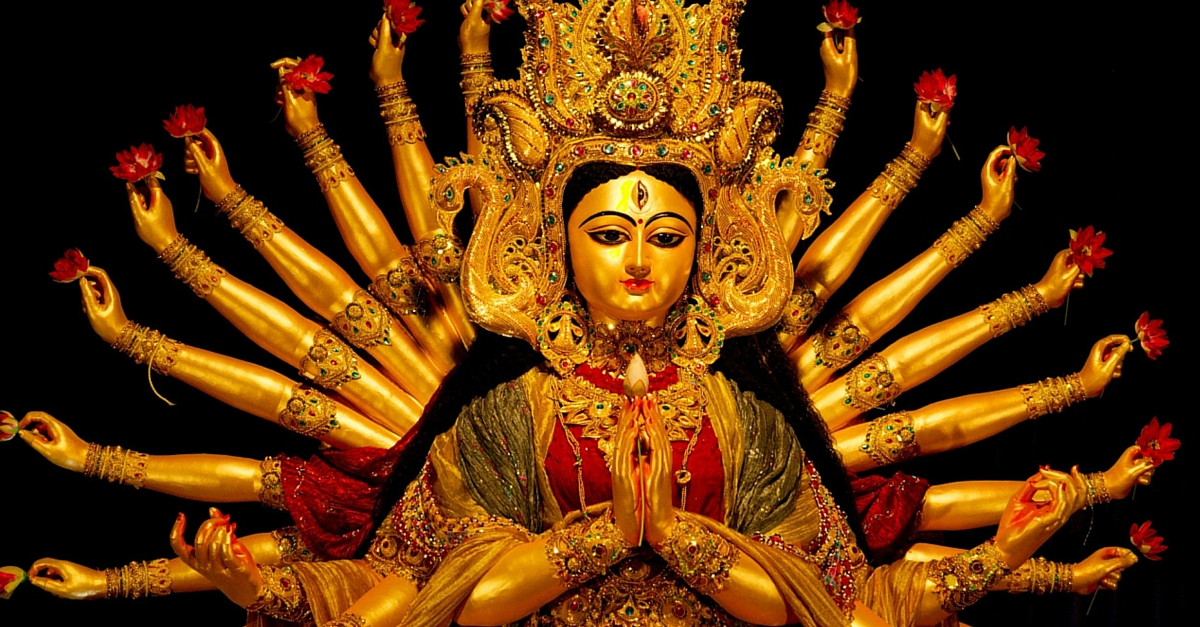 This year, many people have decided to celebrate the festival of Durga Puja with a theme of women empowerment. Several pandals have been set up to depict the true essence of goddess Durga and women power.

Goddess Durga is a symbol of women empowerment, courage and strength. And when it comes to celebrating the festival of Navratri, various puja pandals across the country showcases the true essence of the goddess in many different ways.

That’s why, when Maruti Vihar Sarbojanin Durgotsav (MVSD), one of the oldest committees that organise Durga pujas in Gurgaon, decided to build a pandal on the theme of women empowerment, it only seemed right.

Members of MVSD, which is also one of the oldest communities of Bengalis in the city, have set up a pandal on the theme of ‘India Let Her Live- Save the Girl Child.’ This is inspired by the PM’s ‘Beti Bachao, Beti Padhao‘ programme.

According to Kumar Ghosh, president of MVSD, the theme was chosen to highlight the plight of the girl child and raise awareness about female foeticide, especially in Haryana, where the evil practice is rampant in spite of several programmes launched by the government.

The theme of the pandal is set up to depict the evolution of our society from social evils to the state of enlightenment.

The transformation has been beautifully portrayed with the help of dark art works representing female foeticide, which gradually transforms into a brighter and positive ambience leading to the Durga idol.

The concept and design of the idols have been conceptualised by internationally acclaimed sculptor, Biswajit Majumdar. He is best known for his iconic terracotta gate at the annual Surajkund Mela in Faridabad. The framework and bodies of the idol have been crafted by local artisans from Chittaranjan Park in Delhi. The jewellery and costumes have been flown from West Bengal.

Apart from MVSD, some other pandals in Delhi are also celebrating the festival with a similar theme. A pandal by Arambagh Puja Samiti, named DuggAmar – Empowering Women, is based on the theme that is in close context with Satyajit Ray’s movie “Pather Panchali”. It is a Bengali film that showcases the life of a girl name Durga and the difficulties she faces in life.

In addition to this, rather than having artificial idols, this pandal is going to have real-life Durgas who have been fighting against all odds to achieve their aspirations.

Arambagh Puja Samiti also has life size installations of Mother Teresa, Malala Yousafzai, and Mary Kom, among others, inside the pandal. Abhijit Bose, Executive Chairman of Arambagh Puja Samiti, said that though people worship Goddess Durga, in reality most women are subjected to exploitation, violence and humiliation. And this puja is a silent protest against all forms of violence against women.