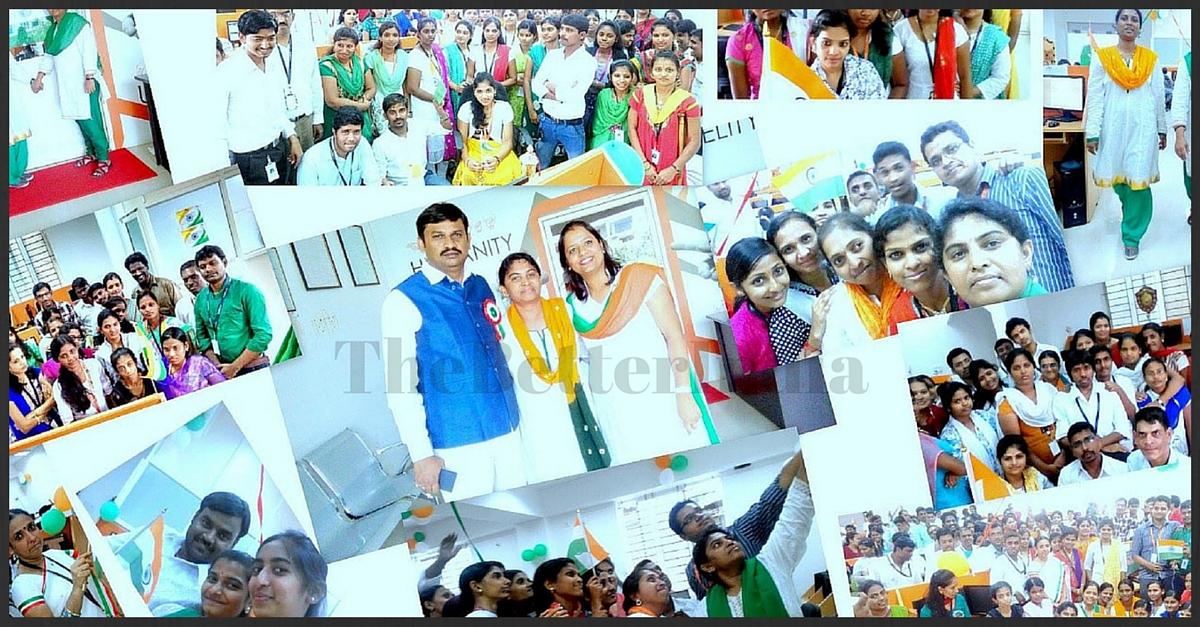 Vindhya E Infomedia, a BPO in Bangalore, is known for it its quality of work. But what’s special about it? The organization was started with the vision of employing differently abled people, and has been doing so, very successfully, since the past 10 years now.

Pavithra Y S, a 21-year-old B.Com graduate was brainstorming ideas about doing something meaningful in her life, with her husband Ashok Giri who is an IT professional. “We just ended up choosing to start a for-profit enterprise that would also offer growth opportunities for the so-called ‘disabled’ people,” she says.

Pavithra uses the term ‘so-called’ because Vindhya E Infomedia, the social enterprise that was born as a result of that brainstorming session, has proved that the disabled are just differently enabled people who are completely capable of being a part of the productive work force.

Vindhya E Infomedia, located in the Rajajinagar Industrial Estate of Bangalore, is now in its 10th year of operations.

The company does Business Process Outsourcing for many industries such as micro finance, banking, insurance, IT and ITES where data is the key to making decisions. Turnaround time (TAT) is critical in choosing vendors, and in that respect, Vindhya is the BPO of choice in the banking and financial services industry.

A service provider to top notch companies like Schneider, SAP and many leading banks, it is known today for its quality.

“In fact, our company has brought down TATs drastically in this sector. And it is all because our differently-abled employees deliver their best. For them, this is important not just for their career advancement but more because they want the rest of their disabled community to be able to get the job opportunity that they have got. They work as if they are being appraised every moment,” says Pavithra.

So is there an optimum match between the skill sets of the differently abled and the BPO industry’s requirements?

“There are a couple of requirements, but in my opinion the most important one is ‘attitude’. All of them come with a ‘can do’ attitude. ‘Give us any work and we will deliver it’, they say. And they do,” explains Pavithra.

The hearing and speech impaired mostly do data processing. Training for the hearing impaired is conducted through sign language which is also the universal language used at Vindhya E Infomedia.

How Pavithra learnt the sign language makes for an interesting anecdote. In the early days of the company, two hearing impaired girls walked into the office for jobs. At that time, Pavithra did not know that such a thing as a sign language exists. ‘Give me a job and I’ll teach you the sign language,’ one of the girls told her.

Vindhya E Infomedia’s training manual for the 1,200 able and differently enabled employees is written in simple English with clear photos to illustrate processes that the employees need to be trained in. Candidates who apply are expected to have basic English comprehension and computer usage skills. They are then trained to use specific software and communicate in English. While there is a formal training module, informal tools such as reading English language newspapers, and conversing between employees in English also helps.

Although Vindhya was started with the aim of creating a 100 per cent production team of differently abled, it has employed the abled too, in order to bring in other skills sets into the company. This, in fact, has spurred the differently enabled to perform even better because of the healthy competition at workplace. The abled employees, many of them women, work on client sites.

“Our work ethic is hard-core professional. While we nurture the differently abled, no concessions are given for non-performance. Our work force is very disciplined,” says Pavithra.

Recruitment is a multi-pronged process. Initially, they approached NGOs that trained the differently abled. But now they have also set up camps in Tier II cities to create awareness about job opportunities and to recruit from there.

In addition to this, they do campus recruitment as well. Even so, what works best is word-of-mouth because ‘referrals are important in creating trust between employer and employee’, says Pavithra.

Setting up Vindhya E Infomedia was Pavithra’s first work experience and Ashok Giri, her husband, mentored her for the first two years after which he joined the company as CEO and Director. Like any other startup, they operated on a shoe-string budget. Pavithra remembers how, soon after they started, they were to celebrate their daughter’s first birthday. But with the already stretched budget, they could not make any grand plans. When their employees got to know about this, they pooled in and bought a cake, some snacks, and held an impromptu celebration.

Thus the tradition of having a monthly birthday celebration of the employees started.

Initially, they were also low on cash and for some months it was difficult to pay salaries. But the employees were so thrilled to have a job that they were willing to forgo this, provided food and accommodation were taken care of. Thus they rented out a house where employees could share accommodation and three meals were provided at the work place every day.

It is heartening that many of the employees from the initial batch have moved out of shared accommodation, found spouses within the company and bought homes of their own.

Pavithra narrates the story of how she found her front office receptionist when one of her vendors mentioned a guy who had lost both his arms in an accident. She was not sure if she could employ him, but his ‘can do’ attitude was so infectious that she hired him as a receptionist. With some training in spoken English he handled his job well and his people skills were so good that he was moved to the HR department and is now the Assistant Manager, HR.

“We named our company Vindhya because we believed that like the mountain range that continues to grow, our company too would grow, not just in business but also in human potential. We could see that happening from Day 1 – people walked into our company and their lives changed. As did ours as we kept learning from each other,” sums up Pavithra.

“When we did client presentations, people often wondered if we could deliver the goods. Time and again Vindhya E Infomedia has proved itself to be the best in its class. Our work culture of integrating the specially enabled with the able has worked well for us and our clients, who have solidly supported us through our decade of existence. To this day my husband and I try to recollect how our conversation of starting Vindhya started and neither of us remembers it. I believe this enterprise was just meant to be.”