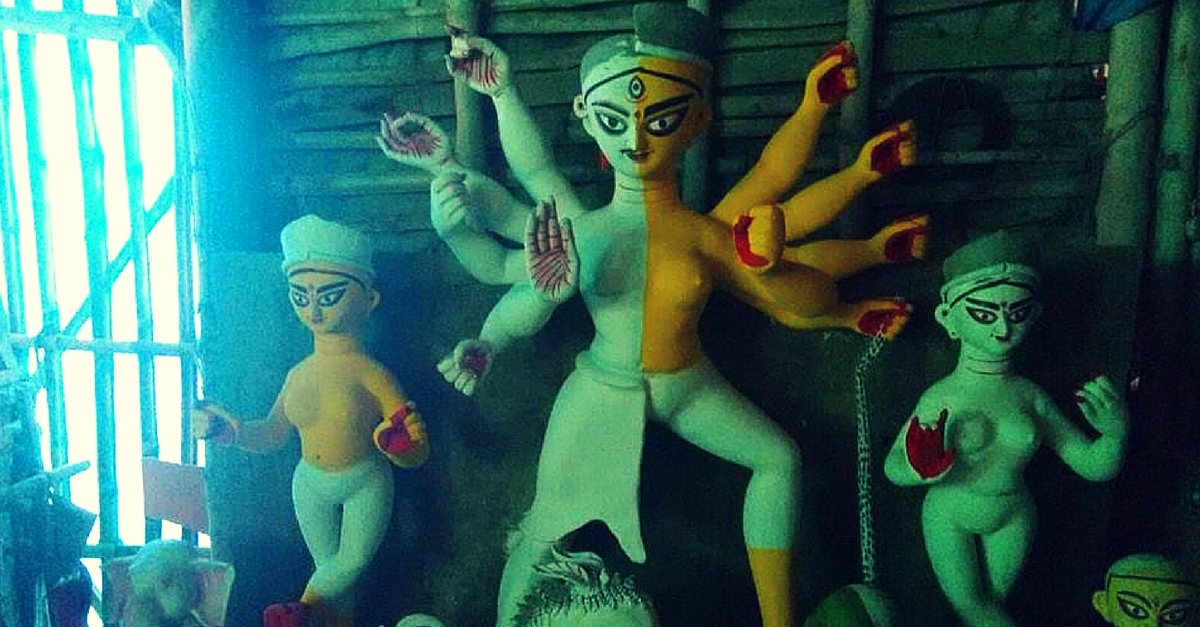 For the first time in the history of Durga Puja, people will worship a transgender Durga idol that has been inspired from Shiva’s Ardhanarishvara (half man and half woman) avatar – an attempt at including the marginalised transgender community in the Puja celebrations.

Every year, hundreds of Durga idols are made for the famous Durga Puja festival in West Bengal. Every street has its own celebration – some are big and some are small. But this year’s Puja at the Joy Mitra street in north Kolkata will be different.

The street will host the country’s first transgender Durga idol. Organised by Kolkata-based sexual rights initiative, The Pratyay Gender Trust, in association with Uddyami Yuvak Brinda, the local club of the area, this Puja will spread the message that humanity surpasses all divides, including gender.

The club has been celebrating Durga Puja for 27 years but it is the first time that they have decided to include about one dozen members of the transgender community in the event’s Puja committee.

The community will worship the idol made on the lines of Ardhanarishvara, or half man and half woman — an androgynous form of Shiva and Parvati.

One half of the idol has a moustache, a pectoral instead of a breast, smaller eyelashes, and a dhoti (traditional male garment). The other half is the female Durga idol which is usually seen at Puja pandals.

The idol was visualised by 55-year-old transgender, Bhanu Naskar, and was crafted by China Pal, who also happens to be the only woman artisan of Kumortuli.

It was Bhanu who had the idea of including the transgender community in the Puja celebrations and contacted the Puja committee. Though, the idea was welcomed by the committee, many locals were reluctant to embrace the idea of a different kind of idol. But, gradually, with word of mouth and media support, the community managed to get everyone’s approval.

“Ours is an attempt to question these practices and caste/ class structures and to cross gender lines – as ‘women’ and ‘outcastes’ – who have traditionally been barred from taking part in integral aspects of socio-religious functions such as Durga Pujas, where decision making powers and participation has by and large remained in the control of men and powerful and upper castes/ classes,” says the Pratyay Gender Trust team.

They are also running a fund raising campaign on Facebook to generate funds for the Puja.

And finally, this Sunday, the Joy Mitra street in Kolkata will break all stereotypes and embrace people of all gender identities to celebrate their beloved deity in a never seen before avatar.