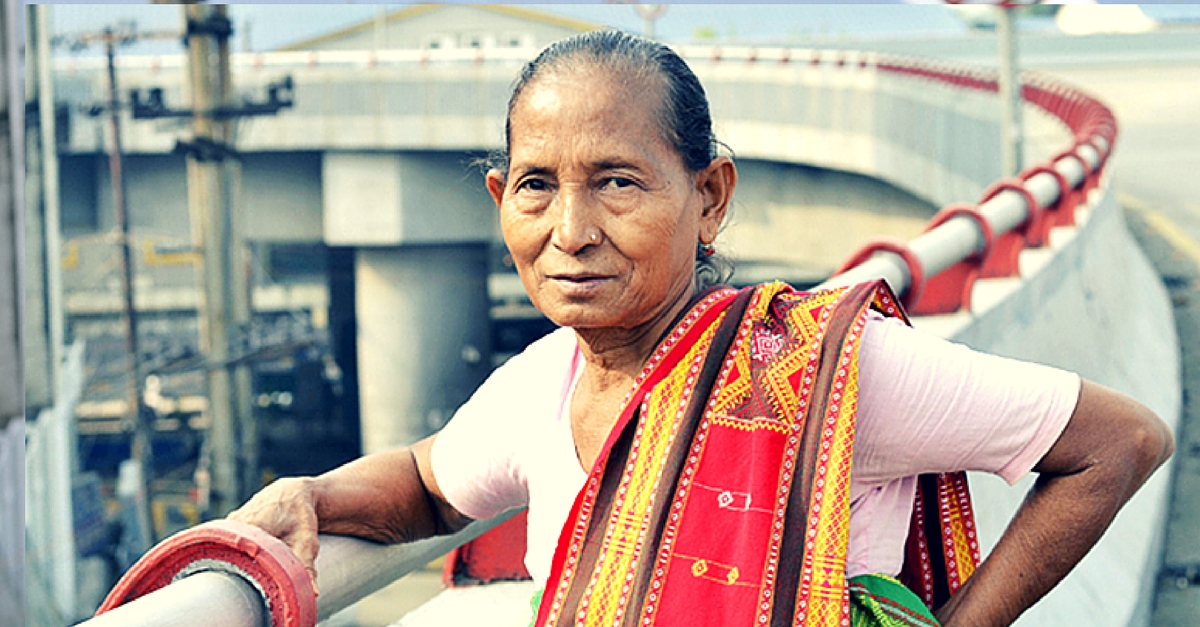 She is barely literate, in her mid-sixties and has been on a mission for several years now. But far from being worn out or disheartened, she forges on with a conviction that is both rare and inspiring. A tribal woman from the remote Thakurbhila village in western Assam’s Goalpara district, Birubala Rabha has been crusading tirelessly against witch-hunting. This plain-speaking woman, with the dust of country roads on her feet, her hair tied back in a tight bun and hands calloused by years of hard labour courageously takes on anyone who tries to violate the dignity of women. Today, she has become one of the prime architects of the country’s most stringent laws against witch-hunting recently enacted by Assam. In this excerpt from ‘My Half Of The Sky’ by Indrani Raimedhi, published by Sage, take a look at how Birubala has become the voice of the so-called witches.

On that moonlit night, surrounded by a ring of hostile faces, Birubala held Sunila against her breast and began to speak. “Shame on you!” she cried, pointing a finger. “Can you see her now? If she is a witch, why does she bleed? Why has she lost her senses? You fool, Sunila is one of you. She feels the hunger that you do. She feels the cold, the heat, sadness, and joy. Look at her clothes. Are they not shabby like yours? Look at her house . . . you turned it to ashes. But what was it? A hut of cane and straw, with a mud floor. Why did she not use her power for a better life? Why did she not go to a better place instead of being poor and hungry here? Did the oja tell you she is a daini? Do you believe everything that he tells you? Then you are no better than sheep. Use your reason.”  …

The crowd melted away. A woman came forward with a rag and a bowl of water to wash Sunila’s wounds. Her husband and child came to her, weeping. Birubala gathered her shawl around her and began her long trek to the village.

Hailing from a poor family, wife of a farmer in remote Thakurvila of Goalpara district, bordering Meghalaya, little about Birubala’s earlier life explained her emergence as a gutsy crusader well beyond middle age.

Orphaned at the age of six years, Birubala tackled domestic chores and homework with her trademark diligence but could study only up to Class V. She, however, more than made up for that with her skills in cooking, embroidery, weaving, poultry rearing, and other useful activities.

By the time she was 16, she was setting up her new life with husband Chandreswar Rabha and quickly became the mother of three sons and a daughter— Dharmeswar, the oldest, followed by Bishnu Prabhat, and the youngest son, Doyalu and daughter Kumoli.

Life was tough and they had just enough to keep body and soul together. The even tenor of their quiet lives was interrupted when the eldest son, Dharmeswar, then 15 years of age, began to change.

He muttered to himself, stayed away from home for days, feared imaginary foes, and even hit his mother. In desperation, his father visited an oja for help. The oja had an explanation that was stranger than Dharmeswar’s ailment.

It seems that the boy had married a fairy who was going to be the mother of his child. As soon as the baby was born, the oja warned, Dharmeswar’s life on earth would end. Dharmeswar would live for just three more days.

The little household waited for death, already grieving for poor Dharmeswar. Days came and went, and the boy remained alive. Birubala’s fear turned to relief and then, indignation. How dare the oja make such wrong predictions? With her innate sense of justice and fair-play, Birubala realized that other villagers, her community, needed to be taught about the importance of being reasonable, shedding superstitions, and breaking free from the stranglehold of wily medicine-men who preyed on their fears, ignorance, and helplessness.

Inheriting a love for social work from her mother Sagarbala, Birubala formed the Thakurvila Mahila Samiti. It was from this platform that she raised public awareness against witch-hunting and other social ills. Then she became the secretary of the Greater Borjhara Mahila Samiti. In 1999, she became a member of the Assam Mahila Samata Society.  …

What is the tripping point when a simple villager becomes a source of evil, a witch? “Every village has an oja, a medicine man and astrologer. He is the one who reads our fortunes,” begins Birubala earnestly. “And if he mentions someone as a witch, everybody believes him.

There is another way people find out about a witch. If a villager falls ill and no medicine seems to work, he is covered from head to toe with a net. People then prod his body with sharp sticks. He screams and cries in agony, but the villagers want him or her to name the evil one. Very often, just to escape these attacks, the poor person utters someone’s name, calling him or her a witch.”

“What happens then?” She explained: “The woman named as a witch will be ordered to appear before the whole village. Her crime is related to her and she is either chased away or trapped in a net and tortured by prodding with the sharp point of a spear.

When such a woman is killed, her body is hacked to pieces and buried in separate places to prevent her rebirth. When such a person is chased away or killed, the land and other assets are seized from them. Family members are often too terror-struck to object, in case they meet with the same fate.” Witch-hunting cannot just be dismissed as a social evil in a backward region. It is a flagrant violation of human rights.  ….

Life has come a long way for Birubala. In 2005, the Northeast Network nominated her for the Nobel Peace Prize.

That same year, she was felicitated by Reliance Industries Limited in Mumbai under their third edition of Real Heroes—ordinary people, extraordinary service—and she has found mention in Switzerland’s 1,000 Women Peace Project, which has honored 1,000 female peace workers from ISO countries around the world.  …

In spite of all the honor and adulation heaped on this feisty woman, her life remains simple, even harsh.  …

Birubala, of course, is too proud to open up about her needs, and the stories of her privation remain cloaked in silence. Rather than being disheartened by her poverty, she continues to dream of her pet project, a shelter home for victims of witch-hunts, where doctors would help them cope with trauma of torture, a place where they would be safe, fed, clothed, taught a trade, given the courage to fight back, and reclaim a dignified life.

(Excerpted from ‘My Half of the Sky’ by Indrani Raimedhi; Published by Sage Publications; Pp: 200; Price: Rs 495/Hardback)