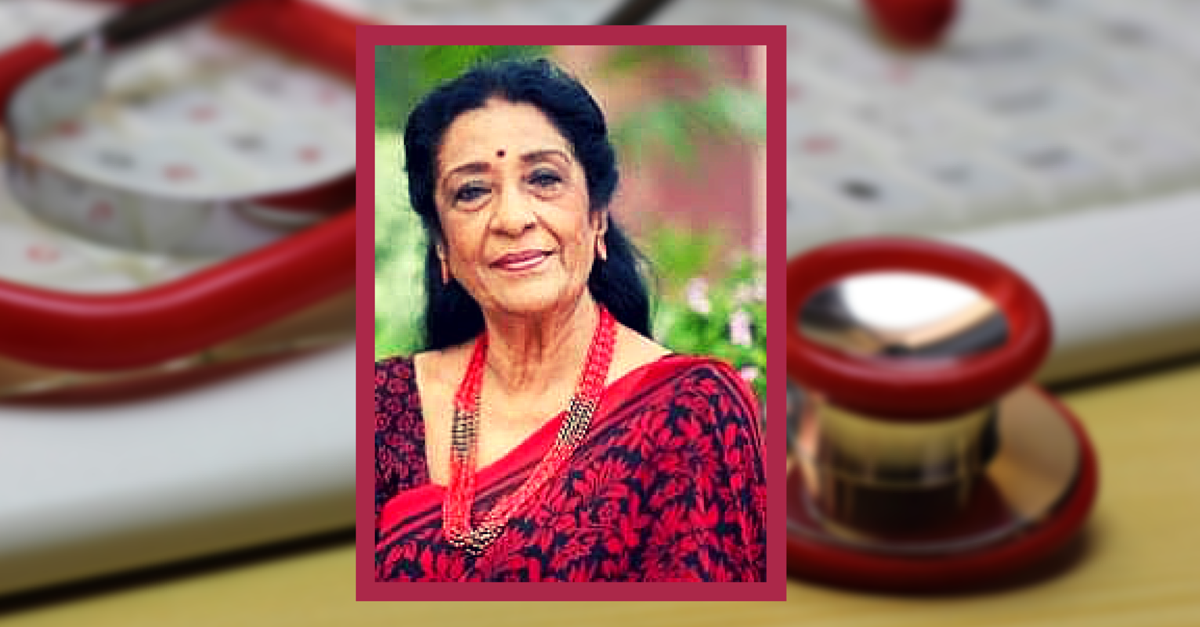 This doctor has been working relentlessly and has contributed immensely to the field of healthcare and community service. And now, the 75-year-old has been honoured for her inspiring work.

Dr. Uma Rajan, an Indian-Singaporean doctor, dedicated 38 years of her life to healthcare and community service. And for this, the 75-year-old doctor has been honoured by the Indian community in Singapore.

She has now become the first woman to receive the tabla! Community Champion Award.

Singapore Press Holdings’ publication – tabla! is a weekly English language newspaper, which launched the Community Champion Award in 2011. The award, in its fifth year, was given by Minister of State for Law and Education, Indranee Rajah, yesterday at the Singapore International Indian Shopping Festival.

Dr. Rajan, who is currently the vice-chairman of the Siglap South Community Centre, won USD 10,000 and she donated the entire amount to two voluntary welfare organizations – Singapore Children’s Society and Asian Women’s Welfare Association in Singapore.

The doctor has been a part of many philanthropic activities, and has many achievements in her name. She was the director of the elder care department at the Ministry of Health from 1996 to 2000. In this time, she started about 10 elderly care centres with voluntary welfare organisations. She also created the blue booklet which is still being used by students in Singapore for their annual health check-ups. She had come up with this idea in early 1980s, when she was the Director at the School Health Service. She felt that booklets should be introduced for school children so they do not have to carry their medical cards. The booklet helps parents remain updated about their children’s medical conditions. She also participated in extensive research into problems such as obesity, myopia and scoliosis

Dr. Rajan lost her husband 38 years ago, after which she started giving her time to the community. She is also known for her contribution to the field of arts, and was one of the founding members of the Singapore Indian Fine Arts Society. She received the title of Natyakala Bushanam (ornament of dance) from the Indian Institute of Fine Arts in Chennai in 1954.