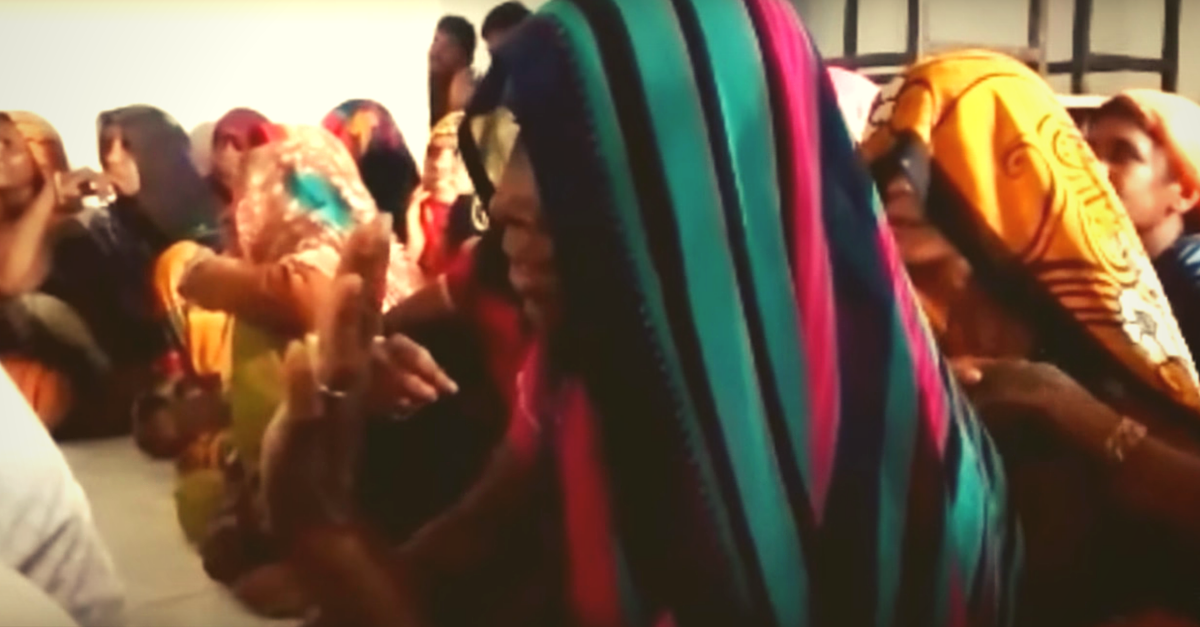 Women from a Self Help Group in Gopipur Village of Madhya Pradesh know the right way in which their voices will be heard. With their questions, and confident stand, the village is slowly moving towards development and change. Watch as they fight for their rights.

In the small village of Gopipur, located at a distance of 6km from Kamlapur (Tehsil Bagli), in Dewas district of Madhya Pradesh, the Gram Sabha scheduled for Independence Day commenced as usual. Aug. 15 is one of the four days of the year (others being Jan. 26, April 14, and Oct. 2) on which it is mandatory for the Gram Sabha to meet.

The sachiv (secretary) and the sarpanch (village head) began discussing the different points on the agenda with the gathered men.

The few women present in the meeting were being systematically neglected, and no one even bothered to include them in the conversation – in fact the sachiv had his back facing the women.

The discussions continued in this manner for the first half, until a new set of women came along. These women have been part of a Self Help Group (SHG) since many years now. This is a group which had come together to solve the credit needs of individual members. Unlike micro-finance institutions (MFIs), which operate in rural spaces as well, this SHG is a bank by the women, for the women and of the women. This ownership aspect of the Self Help Group makes it unique and translates to women showing accountability for their money and the group as a whole.

These women started raising pertinent issues in an assertive manner, which propelled the sachiv to hear them out:

The following issues were raised by them:

• Toilet cost payment demand: Two of the women had constructed toilets in their houses and they demanded for a payment of Rs. 12,000 under the Swachh Bharat Abhiyan. The sachiv asked them to send photos of the toilets, which is part of the process in the scheme to ensure transparency.

• Irregularity of Anganwadi worker: The attendant of the only anganwadi in the village (whose responsibility is to take care of the health and nutrition of pre-school children under the Integrated Child Development Services (ICDS) program) had not been regular with her work since five months.

By raising their voices in a confident manner – which is crucial in a democracy – the women of Gopipur were able to address the problems of the village that were largely ignored until then.

The sachiv was ultimately forced to issue a show-cause notice for the anganwadi worker, a first step towards real change in the village.

About the author: Sifting from computer engineering and application development onto a year of experiences at the Young India Fellowship, Akshay Lakhi currently works for Samaj Pragati Sahyog (SPS) on rural livelihood and security in the tribal drylands of Madhya Pradesh.
Promotion