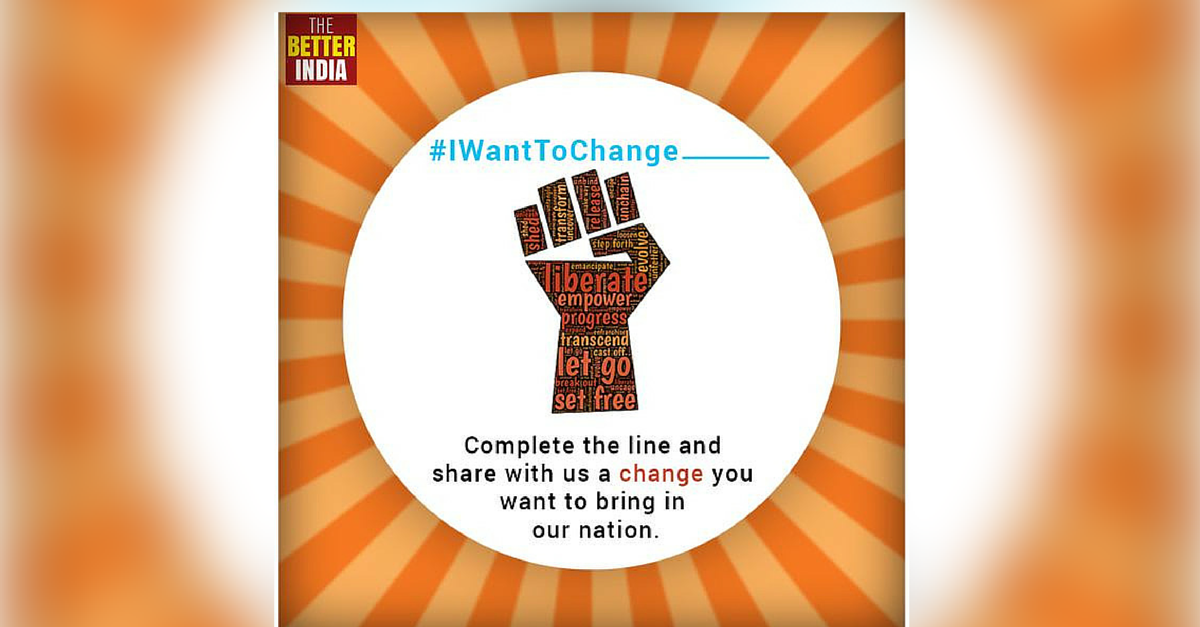 From changing the way we plant seeds, to the poverty in our nation – Indians want to change a lot to make this a better country. Here are some of the most interesting responses we received on Twitter.

We asked our readers to complete this sentence – “#IWantToChange ____ : Complete the line with a change you want to bring in our nation.” And as always, they came up with some of the most interesting and thought provoking responses.

Here are some of the things that people want to change:

@thebetterindia #IWantToChange Indian education system from rote based quest for marks to motivated, conceptual learning for the joy of it.

@thebetterindia #IWanttoChange the planting method of use of genetically modified seed instead farmer should use their own farm-saved seeds.

@thebetterindia #Iwanttochange Poverty in India. Everyone should contribute and try to eliminate it from nation.

@thebetterindia #IWantToChange the mindset of people, before they wish to see a change in the country, they should first change themselves. — Anosua Chakraborty (@juiean90) July 30, 2015

@thebetterindia #IWantToChange the security of people in India and those who visit the country. Make this country more secure. — Komal Km (@KomalKm5) July 30, 2015

@thebetterindia#Iwanttochange India’s approach towards #climatechange. The Center should focus on involving all the states & corporations.

What according to you needs to be changed in the country? Send your responses on twitter with #IWantToChange. Don’t forget to tag us!