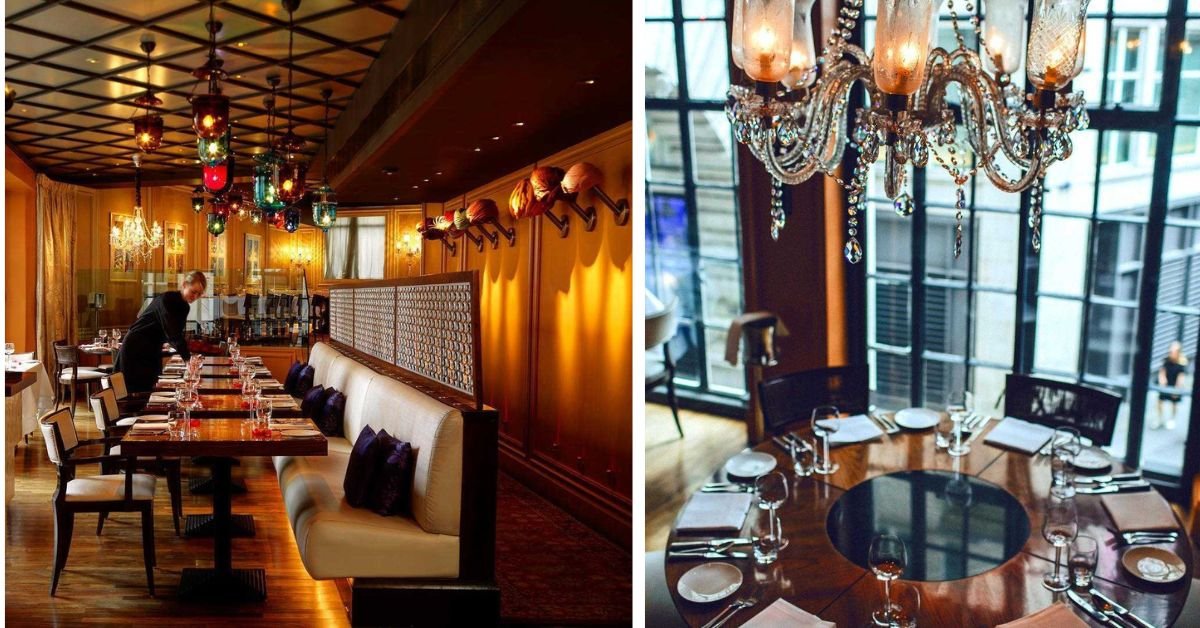 Veeraswamy on London’s Regent Street was started in 1926. Till date, its guest list has welcomed kings, princes, politicians and stars.

In the west end of London, there lies Regent Street — home to the district’s most affluential shopping hubs and eateries, and a stone’s throw away from the Piccadilly Circus, with a history that is as old as time. Everything has a story here; right from the shape of the road to the shops that line the sidewalk.

Designed in 1819 by one of the foremost British architects John Nash, along with James Burton — a successful property developer under the commission of Prince Regent (later King George IV) — Regent Street was no piece of cake to come up with, owing to the variety of factors to consider.

The architects were intent on preserving the mansions of St James and minimising demolition costs, while also forming a bookend to the west end of London — an area which was desirable for commercial tenants. And so, the curve in the street that exists today is a way of accommodating all these factors.

Through the years that followed, the mere history of the road wasn’t the only draw for Londoners who flocked to this part of town. It was also a 96-year-old restaurant called ‘Veeraswamy’, established in 1926, that offered a peek into history.

It has been acclaimed by National Geographic magazine as ‘One of the 10 Best Destination and Specialty Restaurants in the World’ and has been a recipient of the Michelin star in 2016. Veeraswamy managed to create an allure among Londoners and influential people from across the world.

The story of how Veeraswamy was born

In 1880, a gentleman by the name of Edward Palmer arrived in England from India with one sole purpose in mind — to study medicine.

As the great-grandson of General William Palmer, the first Governor-General of India, and a North Indian Moghul Princess Faisan Nissa Begum, it was only natural that his growing-up years were influenced by Indian cultural heritage gratis his grandmother in Hyderabad.

In 1896, a few years after Edward had settled in London, he wished for the people of the city to experience authentic Indian tastes and began selling pickles, pastes, chutneys, and mango chutney under the brand name ‘Nizam’. The brand soon transitioned into a space of its own on Regent Street and was christened ‘Veeraswamy’ — a space brimming with Indian cuisine dishes that all drew inspiration from Edward’s life in India.

Records estimate that this cosy plush setting in London is actually the oldest Indian restaurant in the world and one the three oldest in London.

In a conversation with The Better India, Ranjit Mathrani — the chairman of MW Eat and the current owner of the place — recounts the glorious history of the place and persons who have contributed to the glittering past.

He goes on to speak of Sir William Steward MP who bought the restaurant in 1934 and “travelled over 200,000 miles to and within India and surrounding countries to find recipes, artefacts and staff, endeavouring to create the finest Indian dining experience”.

“He brought the tandoor to London in the early 50s, the first Indian restaurant to do so, shortly after it was introduced into Delhi in the late 40s,” he says.

To add to the guest list at the place, there was Prince Axel of Denmark who would visit whenever he came to London. He once even decided to ship out a cask of Carlsberg beer to be stored in Veeraswamy and served to him whenever he ate curry.

“This led to the great association between curry and beer in Britain,” says Mathrani.

Edward, the Prince of Wales, was another frequent visitor, and his coat of arms hung outside the door. Not just Londoners but influential Indians, including Maharajas, Nehru, and Indira Gandhi were also guests here. Chaplin too was a frequent visitor.

Mathrani adds that while Veeraswamy boasted of opulent guests and visitors, it also has a base of older guests. They recall their visits with grandparents, and reminiscence about the turbaned tall doorman and the punkawallahs in the restaurant pulling the huge cloth fans.

Through the years, the pride of the restaurant grew in leaps and bounds, but it was only in the 80s that the place underwent a transformation of sorts — in the menu, decor, and ownership.

In 1996, Veeraswamy was refurbished by Namita Panjabi, Camellia Panjabi and Ranjit Mathrani of MW Eat, who acquired the restaurant and transformed it into the contemporary Indian one that it is today.

Indian heritage with a side of culture

From royalty, the guest list went on to accommodate regular Londoners too, who were pleasantly surprised to witness a change in the menu. They would relish the Indian moules marinière and appam with chicken stew soon came to be a hit.

The decor too was revamped from its plush velvety interiors to one that drew inspiration from the Maharaja Palaces in India with hand-woven floral carpets, glass paintings of Rajasthan, Kalighat paintings etc.

Mathrani elaborates on the taste with which Veeraswamy has been decked adding that no stone has been left unturned in doing so.

“While Namita spent considerable time working with cooks in Kerala and understanding their spice gardens, Camellia travelled the width of the country to procure culinary staff and also research traditional recipes,” he says.

They noted, “It [Veeraswamy] may have opened in 1926 but this celebrated Indian restaurant just keeps getting better and better! The classic dishes from across the country are prepared with considerable care by a very professional kitchen. The room is awash with colour and it’s run with great charm and enormous pride.”

As Mathrani says, “Each part of the restaurant evokes a different feel. The menu — a combination of classical and contemporary regional dishes — is prepared by a brigade of specialist chefs from all over the Indian subcontinent.”

He adds that what sets the food apart here is that spices are imported from India to ensure quality and that Veeraswamy welcomes over 150 people every day.

As the restaurant, with its glorious past, stands tall on Regent Street, it is a testament to one man’s dream of having London witness the magic of Indian culture.