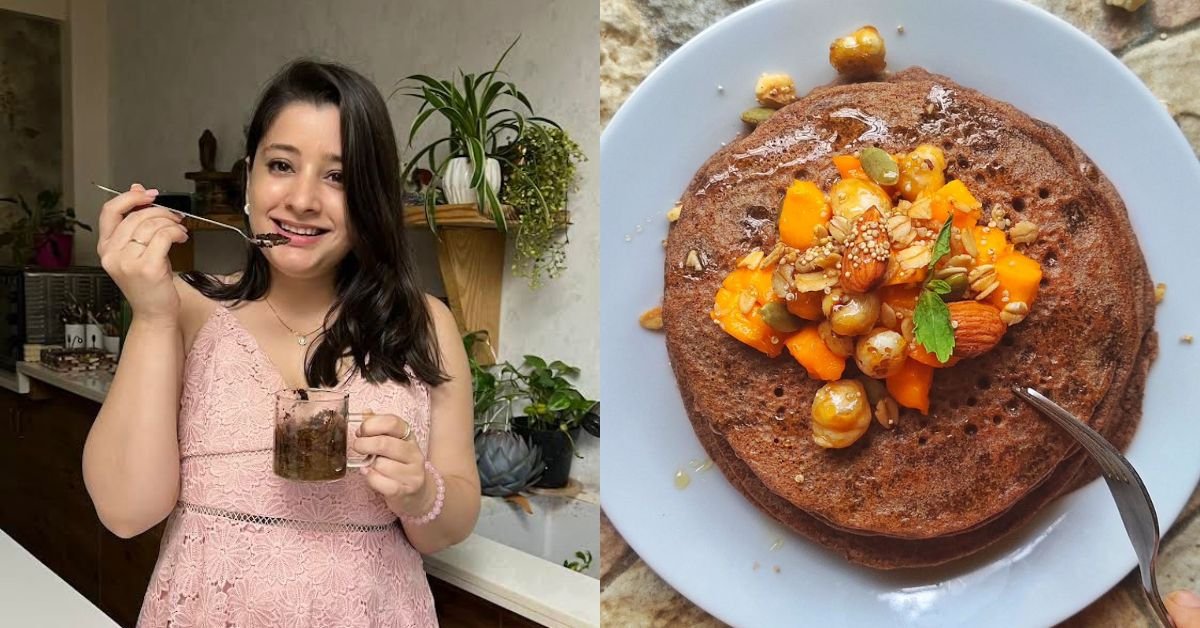 Natasha Gandhi shares what inspired her to launch House of Millets, a bakery that offers gluten-free, vegan alternatives to traditional desserts.

As children, most of us would switch on cartoon channels after coming home from school. Not Natasha Gandhi.

Passionate about cooking, she would come home and watch the likes of Nigella Lawson and Chef Vicky Ratnani cook up magic on TV. Cookery shows were this chef’s Swat Kats. So enamoured was she by Nigella’s recipes, that she tried her hands at it in Class 5.

“There was a Nigella’s Christmas episode where she showed two desserts. One was a chocolate mousse and the other was a lava cake. I ran to the kitchen after watching the episode. But of course, I didn’t have a lava mould or a ceramic mould. I tried it in a cooker using a steel katori (bowl). We didn’t have an oven or microwave and my mother would make cakes for us in the cooker,” Natasha recalls.

Her ‘cooker version’ of Nigella’s cake was a big hit, cementing the then 10-year-old’s love for baking. That love has today culminated into ‘House Of Millets’, which offers healthy, gluten-free, vegan desserts. Based out of Mulund, Mumbai, they deliver all over Mumbai and Thane.

This also led to her participation in Season 6 of Masterchef India, in which she finished in the Top 5.

While the 28-year-old realised her passion almost 18 years ago, she could only see it through more than a decade and a half later. Her parents wanted her to have a good academic qualification, which made her pursue Chartered Accountancy (CA).

“Everyone in my family is very qualified (academically). While I was pursuing CA, I realised that it wasn’t for me. Even as I was preparing for my CA final exam in 2018, I would keep experimenting with cakes and desserts in the kitchen. I gave an attempt, but didn’t clear the exam. So I gave myself time till my next attempt in November 2018, to give a proof of concept to my parents,” says the founder of House of Millets.

Until 2018, she was only cooking the regular “unhealthy” desserts.

“I come from a Punjabi family. We love sweets and need something meetha after lunch and dinner daily. While eating so many sweets, I realised that it was all so unhealthy. My parents are also getting older and I wanted to improve their lifestyle, as well as mine. I didn’t want to get stuck in the vicious cycle of unhealthy eating,” she notes.

While looking for healthier options, she stumbled upon millets. Her experiments with the superfood began in June 2018, and what followed were six months of trial and error before her perfect healthy cake was ready.

“Most healthy desserts available in 2018 were very expensive. Nothing was available in Mulund, we had to order from Bandra, with an added delivery cost. I wanted it to be on par with the cakes we get in Monginis or Ribbons and Balloons. So I started working backwards, using the price as the same, Rs 600-700 for a half kg cake. I wanted to switch to a healthier version of each ingredient. If maida can be replaced, why not the butter and refined sugar?”

A healthy and affordable alternative

Natasha found that millet flours were much more affordable than quinoa flour and other healthy alternatives. During her research, she also found that each millet has a different benefit. Moreover, they are also good for the environment, as they require less water.

“It took a lot of permutations and combinations in the kitchen. My parents and siblings were my guinea pigs. I realised that bajra flour, which is dense, doesn’t work in a cake, while ragi and jowar work well. Also, different millets grow during different times and in different parts of the country. I kept all that in mind while developing my cakes,” adds Natasha.

The next challenge was finding local alternatives to butter and white sugar.

“I found that coconut sugar, dates and jaggery work great instead of your refined sugar. Then, I swapped butter for cold pressed oils and nut butters. For binding agents, I used flax seeds and chia seeds. The recipe that came out was naturally gluten free and vegan, without adding extra effort or fancy ingredients,” she explains.

Natasha had to experiment with different millet flours, sweeteners, proportions to finally find something that worked. Sometimes, the cake would crumble, wouldn’t taste good, or be soggy in the middle. After a lot of patience and tons of effort, she found a recipe that worked.

“My first cake was made using jowar flour. Also, since I didn’t want to just serve tea cakes, I wanted ones with frosting, I also had to find better alternatives for that. Once I had my first success, I started making a few cakes and sending it to friends and relatives in Mulund. The response was simply fabulous,” she smiles.

This encouragement was enough to push her to open her House of Millets in January 2019. She offered a select menu of five to six cakes, and this was just in time before her CA final result would be out.

“Within a month of launching, I had 1,000 followers on Instagram and 100 orders. My parents also gained confidence that I had something good and I finally could say bye to CA,” adds the baker.

Since then, there has been no looking back.

To gain more exposure, she also started working in food kitchens in 2019.

After six months, she was called to audition for Masterchef India, which she says, “changed her life”.

“I just went thinking that it would be a good experience. I never thought that I would reach the top 5. It taught me how to handle pressure, think on your feet, and much more,” adds the entrepreneur.

She also expanded the House of Millets menu, which today includes “all things dessert”. They have cakes, brownies, cookies, cupcakes, muffins, tea cakes, pull me up cakes, cake jars, etc,  and work on a pre-order basis.

The pandemic also made people realise the importance of health, which helped those involved in selling healthy food.

“When we started, millets were a relatively unexplored territory. People finally realised, thanks to COVID, that health is wealth. Since we offer healthy food that is tasty and easy on the pocket, people started ordering from us,” explains Natasha.

For people unsure of the taste or which flavour they would like, House of Millets offers 250 gram cakes as well as muffins in six flavours.

Rakhi, a customer says, “I switched to a healthy lifestyle last year. While I found options for snacks and regular food, I just couldn’t find good desserts that are healthy. I found House of Millets and simply love it. I just order a box of cookies or cupcakes to satiate my cravings, without feeling guilty. My favourite is the chocolate flavour, it goes fabulously with ragi.”

To cater to a pan-India audience, Natasha now plans to start a range of millet based snacks.

“We are working on healthy snacks using millets. We hope to launch it by the fourth anniversary, which is next month. As we have demand from people across the country, this will help cater to that too, as it’s difficult to deliver desserts,” adds the entrepreneur.

2023 is the International Year of Millets and Natasha hopes more people make the switch.

“You can start by just using 25 per cent jowar flour in your rotis. This is healthier than a whole wheat roti. Start with small steps. Also see which millet suits you and works for you. There are so many options. Start your healthy eating journey. After all, Jaan hai to jahan hai (The world exists only when we have life),” says the baker.

Natasha shares her recipe for millet samosa, a healthy, gluten-free spin on the classic:

A pinch of salt

(This is the most important step, it helps the millet flour to cook partially, as well as adequate hydration, which leads to efficient nutrient absorption and better digestion.)