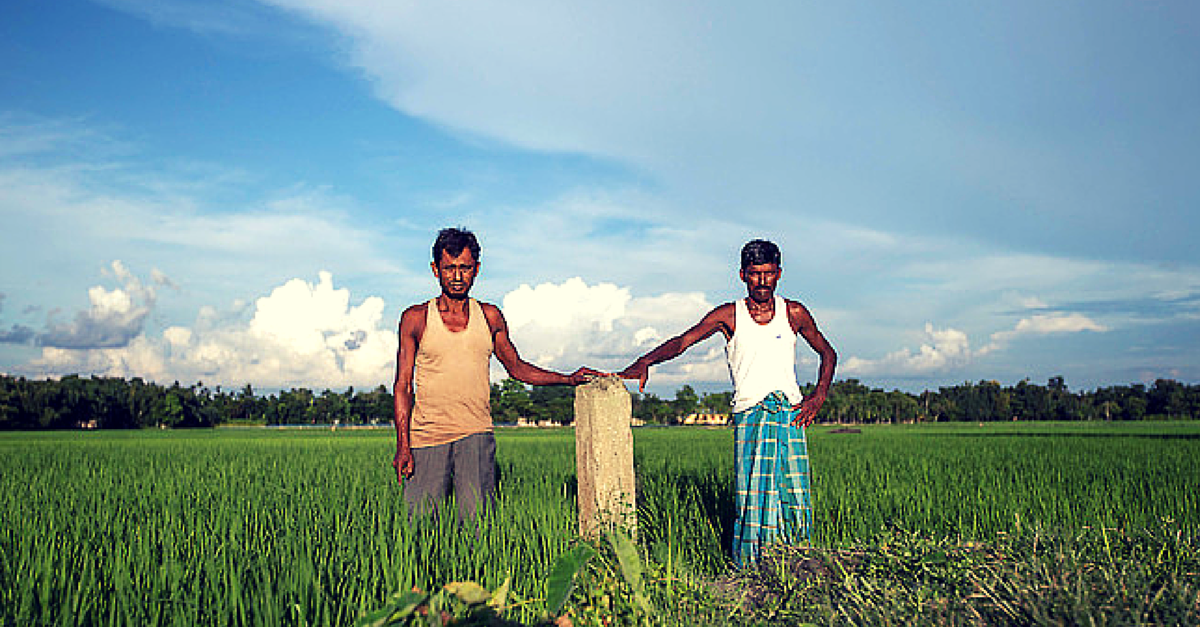 After 68 years of struggle, thousands of people in India and Bangladesh, who were stuck in land enclaves, finally got a chance to call one country their home.

At midnight on July 31, about 50,000 people who were left virtually stateless for several decades, finally got a chance to swap lands and become citizens of a country.

During a ceremony, several thousand people embraced the Indian citizenship as the Land Boundary Agreement (LBA) signed between India and Bangladesh during Prime Minister Narendra Modi’s visit to Dhaka in June, was enforced.

As part of the deal, India and Bangladesh exchanged their respective enclaves and about 16,000 people became Indian citizens. The exchange is being considered as the largest exchange of enclaves in the world.

A 10 day joint survey was held by both the countries to determine the choice of citizenship of the people in these enclaves. Bangladesh will have about 40,000 new citizens from 51 Indian enclaves and India will get about 16,000 new citizens after the exchange.

None of the 14,215 people who live in the 51 Bangladeshi enclaves in India, want to go to Bangladesh. On the other hand, 979 people out of 37,369 people living in the 111 Indian enclaves desire to relocate to India.

The 51 Bangladeshi enclaves will be part of Indian mainland while Bangladesh will get 111 Indian enclaves in its mainland.

Both governments are working closely to make sure such the exchange of people is done smoothly before a stipulated date of November 30, 2015.

After the exchange, other formalities like identity cards, aadhaar cards, ration cards etc. will be provided in the next couple of months. Central government has also announced a fund of Rs. 3,008 crore for running development projects in these areas. These funds will be dispensed by state governments in phases.

As the historical exchange takes place, thousands of people can now finally avail benefits of one country and call it their home. Some of them might have to leave their old houses, but they are looking forward to a new and settled life.