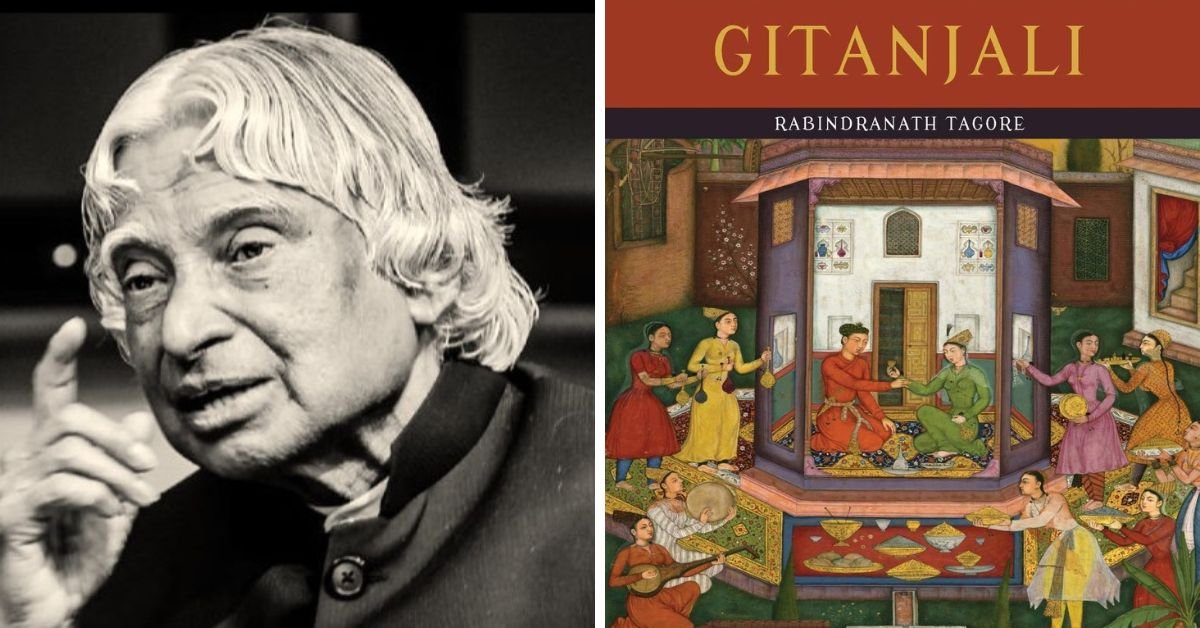 From spirituality to science and fiction, here are 10 books loved and recommended by former president Dr APJ Abdul Kalam.

It is said that when Dr APJ Abdul Kalam died, his wealth was only a few pairs of clothes and about 2,500 books. That speaks enough about his love for reading.

The ‘people’s president’, while writing a host of books himself, also encouraged India’s youth to read, emphasising that books were a chance to “view the past, use experience for the present, and dream for the future”.

Here are 10 books he recommended everyone must read in their lifetime:

Dr Kalam was born and raised in Rameswaram, then a village located in Southeast Tamil Nadu. As a result, he felt deeply connected with Tamil literature and philosophy, and often quoted the beloved classic Tirukkural.

Tirukkural is among the greatest literary and philosophical masterpieces, composed sometime between 2 BCE and 5 CE. It is a collection of couplets that guide the reader through life’s obstacles, and covers political, spiritual, domestic and social spheres.

Buy the translated version of the book here.

2. Light from Many Lamps: A Treasury of Inspiration by Lillian Eichler Watson

Dr Kalam said he found this book in an old second-hand store and that picking it up was a life-changing moment. It later became his “guiding light” when he felt low. He also quoted lines from this book in his speeches or lessons.

The book is a repository of encouraging and guiding passages, as well as nuggets of wisdom, from some of the world’s greatest personalities.

3. Empires of the Mind: Lessons to Lead and Succeed In a Knowledge-Based World by Denis Waitley

Dr Kalam was someone who excelled in several arenas — teaching, science and nation building. Reading was one way for him to learn how to master each task at hand and adapt to changes.

Empires of the Mind is a self-help book that talks about how to adapt to changes, improve one’s quality of life, understand leadership, and more. The book contains “personal strategies for self-leadership critical to getting ahead and staying ahead in a world accelerating in fast forward, where knowledge is the ultimate power”.

While Dr Kalam read all genres widely, when it came to recommendations, his favourite were motivational books.

This book asks the readers to make three important choices everyday — where to expend your energy, your destination, and your principles. The book has stories of the world’s best known writers, leaders, and celebrities, such as Maya Angelou, Jack Benny, and Henry David Thoreau.

This book was suggested by Dr Kalam in an interview given to DNA.

It is the story of a parrot named Tiya, whose secure world is shattered when an unknown voice urges him to leave his home. The story narrates the parrot’s journey through strange lands and his interactions with other creatures.

By going out in the world, Tiya understands its strengths and weaknesses. The story urges you to break the shackles of comfort and embrace life’s adventures.

In most of his speeches, Dr Kalam had emphasised the importance of having a healthy mind, which thrives in a healthy body. To justify this, he uses several quotes from this book.

Written by Nobel laureate and scientist Alexis Carrel, Man the Unknown is particularly inspirational for those who desire to get into the medical field. It says that when the body and mind works together, it can create wonders. It also talks about nature, natural laws, and problems of the modern world.

Dr Kalam was also a man who loved science and space. A major portion of his book collection included those related to science.

Religious beliefs dominated the life of humans, until science came into play. By using the theories of quantum physics, the author tries to answer the questions around the meaning of life, faith, man and his maker, and more. He also explains his journey from a small town in Bengal to Bel Air during the Bengal famine, and life amid India’s freedom struggle.

Another self-help book from Dr Kalam’s recommendations, The Power deals with the topics of power, wealth, self-belief, affection and the objectives of life.

“According to the author, emotions play a very significant role in a person’s life. If one concentrates on just happy recollections instead of past not-so-good happenings, positive transformations are bound to get attracted. Also, the fact of receiving more love upon giving more love is emphasised in the book.”

Gitanjali is among the greatest works produced in India. The book is a collection of 103 poems in which Tagore explores a variety of topics, from the pastoral to the divine. The book brought him a Nobel Prize for Literature, presented to a non-European for the first time.

Dr Kalam has spoken several times about his interest in reading religious texts and novels. In fact, he was someone who owned and loved all the religious texts in India.

The Prophet, a collection of 26 poetic essays, is full of spiritual inspiration. It is the author’s best-known work and took more than 11 years to finish.

APJ Abdul Kalam didn’t even own fridge or air conditioner, published by India Today on 5 August 2015.

What were favourite books of Dr. A. P. J. Abdul Kalam? – Quora