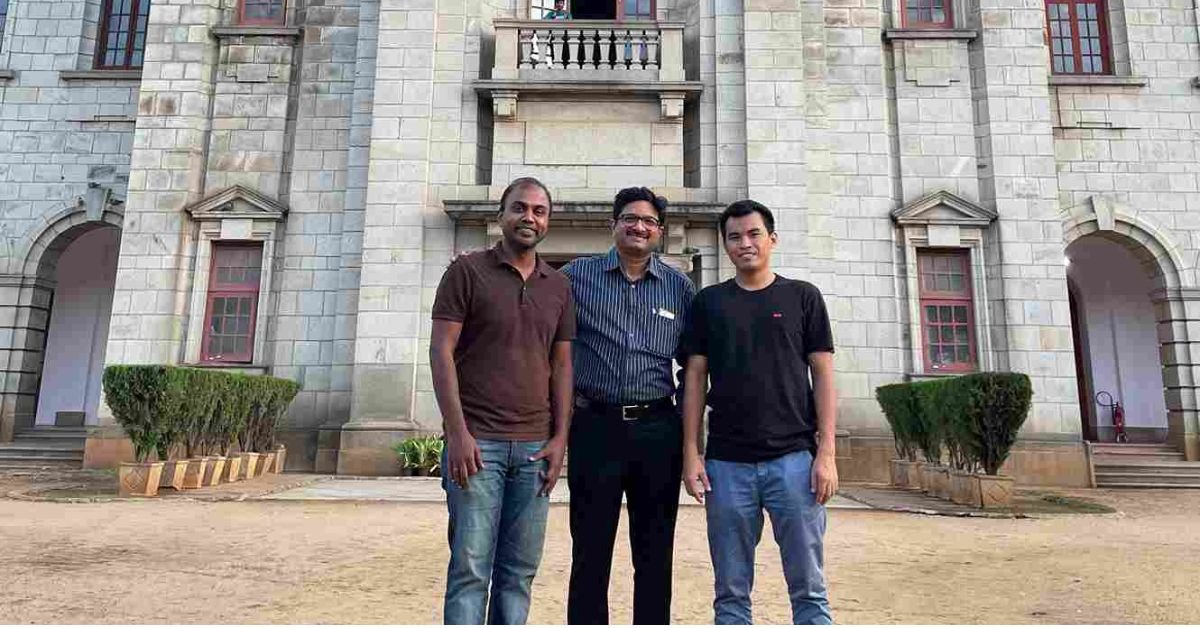 Dr (Maj) Satish Somayya Jeevannavar’s medtech startup launched the AiSteth, a digital stethoscope that records and analyses patient heart sounds that can be interpreted by professionals across cities, in a bid to provide affordable rural healthcare.

In cricket matches, umpires would earlier make the call about whether it was the player’s leg that had touched the ball, or the bat. Now, the snickometer does this job. This makes the decision clearer and more objective, explains Dr (Maj) Satish Somayya Jeevannavar.

“A similar concept comes into play when we speak of the AI Stethoscope, in that it produces objective reports, eliminating any room for human error,” he notes.

Dr Satish is the founder and CEO of Ai Health Highway India, a medtech startup that has innovated such a stethoscope, named AiSteth. This device aims to reduce the burden on healthcare workers in villages and remote India by efficiently analysing patients’ heart and lung sounds and translating them into readable records that can then be interpreted by professionals.

The idea first came to Dr Satish while he was associated with the Indian Army as a Short Service Officer between 2003 and 2008.

A vision to impact millions

“Having spent years in the primary health ecosystem, and coming from a family of doctors, I realised that people have a common notion that health is equivalent to hospital care. But this is what I wished to change. I wanted to come up with some sort of an innovation that would prevent people from feeling the need to get admitted to a hospital unless absolutely necessary,” he says.

In a bid to understand the nuances of the business side of medicine, as well as how a medical startup could progress, Dr Satish went on to pursue an executive MBA from IIM Bangalore once he completed his service with the Army.

He was soon joined by Dr Radhakrishna, whose expertise lay in public health and clinical research, and Ashwin Chandrasekaran, who has international business management and operations experience.

The trio were all set to give India’s population the medical care it deserved, while ensuring that it was accessible and affordable. While Dr Satish quit his corporate role as a senior director and went head-on into the broadening of AiSteth, the other two also shared their expertise to bring the innovation to the stage that it is at today.

To understand how the digital stethoscope can revolutionise the future of medicine, it is first important to understand the medical statistics of the country, says Dr Satish.

“Through our research and insights, we reached the understanding that India has 4,000 cardiologists and a population of 1.3 billion. While folks in the city are able to access specialist care, it is rural India that suffers. While we know the problem, the solution is not conducive. It wouldn’t be possible to have a cardiologist for each of the seven lakh villages in India,” he says.

He adds that this leads to a loss of lives.

“Cardio-respiratory disorders, which are the biggest contributors to non-communicable disorders (NCDs), are rampant in people between the ages of 30 and 65. This is concerning as this age group is the most productive. The death of a person belonging to this group translates to an entire family being left helpless.”

Taking these factors into consideration, the team decided to come up with a solution that could reach the masses.

But why the stethoscope?

“Whenever one speaks of a doctor, the first thing that comes to their mind is a stethoscope. It is readily available with every doctor and we figured if the innovation is on the most widely used tool, it wouldn’t need a drastic acceptance of new technology,” says Dr Satish.

The team decided that they would integrate artificial intelligence and machine learning into the stethoscope — it may not be possible to take cardiologists to each of the seven lakh villages in India, but through the innovation, the cardiologist’s expertise could be taken to these remote areas.

There are three main components that help the seamless functioning of AiSteth. These are the device, data and intelligence.

Dr Satish explains, “In a traditional stethoscope, healthcare workers listen to the acoustic output to get an understanding of the patient’s health problem. But this is subjective. We have designed the hardware in such a way that the acoustic output is converted into a visual sign pattern, which is then streamed through Bluetooth to the smartphone app. By observing this output, the doctor can determine if the pattern is normal or abnormal.”

He adds that this makes heart and lung sounds available in a tangible format that a specialist can read, similar to an ECG report. This way, patients can be connected with specialists irrespective of either’s location.

Dr Satish says the digital stethoscope has been deployed in over 75 medical colleges, hospitals and primary healthcare clinics in Karnataka and Maharashtra. He also notes that early results from the pilot projects were encouraging and brought to light fascinating insights about the scope of the innovation.

Through the first phase, the team concluded that “out of 10,000 patients who seek special care, there are only around 10 to 20 per cent who really require specialist intervention”.

Lessening the burden on health infrastructure

“With AiSteth, the PHC doctor or nurse can triage and filter 10-20 per cent of the patients who may need to be examined by a cardiologist,” Dr Satish adds.

“AiSteth performs the initial triaging and helps identify the complication in less than two minutes. Following this, the patients who require specialist attention are then referred to one,” he notes. “To date, the smart stethoscope has been used to screen more than 5,000 families.”

This is not only intriguing, but also a peek into how this innovation will assist in bridging the gaps in medical infrastructure, making healthcare more accessible to all.

“The Government of India is introducing some 1.5 lakh health centres across the country where there will not be any medical doctors, but healthcare workers and interns. The stethoscope will prove to be a handy tool in lessening the burden on them and also promote democratic health access,” he says.

While the future is bright, the path to this has not been without its share of challenges.

“The hardware took us three years to develop,” says Dr Satish, adding that even though their aim was to focus on India and the healthcare system here, they did not get much acceptance in the initial stages. “We developed the prototype in Denmark in 2018 and brought it to India.”

He goes on to add that a medtech startup is unique, as it requires a lot of research and development before launching.

“The gestation period is quite long, as you are dealing with someone’s life,” he says. “Healthcare is known to be a laggard in the adoption in technology compared to other sectors. If a doctor is using a certain diagnostic tool for 20 years, they would usually take time to adapt to new technology.”

Despite these challenges, the AiSteth team has continued to persevere. The stethoscope, once brought into the mainstream market, will be priced at Rs 15,000, says Dr Satish, adding that the same technology in the United States goes to about Rs 40,000 to Rs 50,000.

The team is looking to broaden its screening and early detection from adult cardiac valvular heart disease to the respiratory segment, COPD, asthma, tuberculosis, etc.

As co-founder, Ashwin says this will be a game-changer.

“The smart stethoscope will make it possible for patients with valvular heart disorders to visit the nearest primary healthcare clinics, where the doctor and nurse can use the AI to detect murmurs. Then, if required, the patient will be connected with a cardiologist in the city over tele-consult for follow-up or second opinion.”

He adds that the smart stethoscope has an accuracy of 93 per cent. Doctors too are in awe of this revolution.

At a leading medical college’s annual event, a medical student (who wishes to remain anonymous) said he got the chance to experience the AiSteth for murmur detection first-hand. He hails the technology as “the future” and says “it is a great use of AI and technology to help budding doctors.”

Another intern at AIIMS, Dr Rashmi says, “As a practising intern doctor, I found this stethoscope to be more futuristic. The murmur analysis feature helps us identify and learn different heart sound patterns. It gives us an authentic visual and audio experience rather than assuming and theoretically reading about heart sounds and murmur.”

As for Dr Satish, he is content that a simple innovation may be able to bring hope to the masses in rural India.

“I hope this technology will help us impact millions and be the future of healthcare as we know it.”