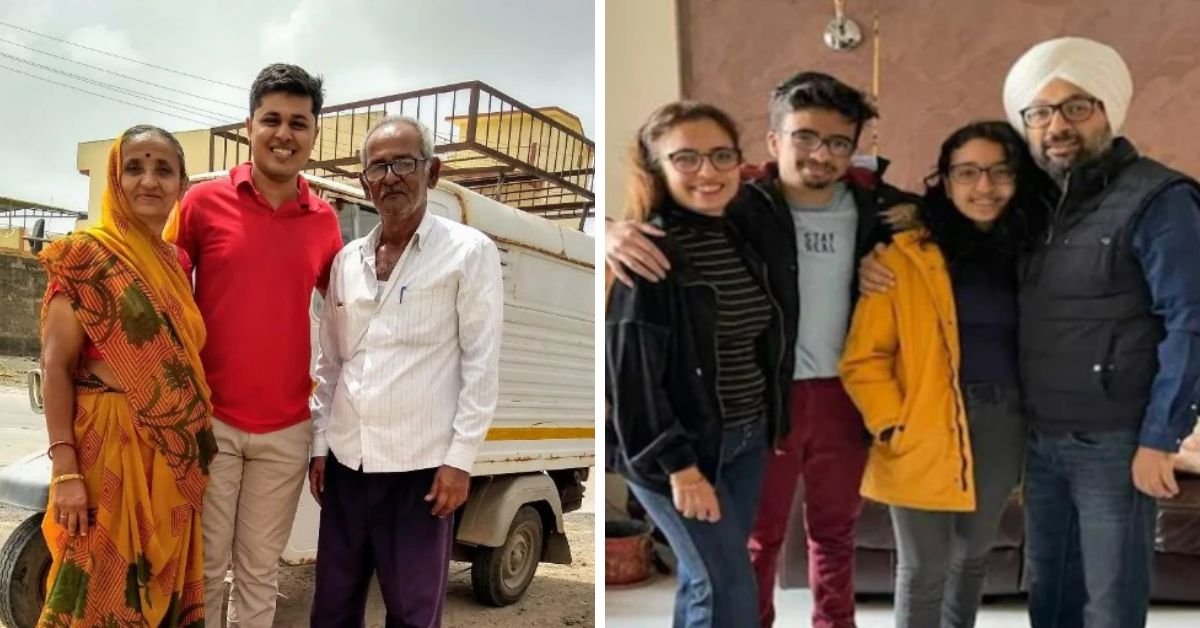 From the CBSE Class 10 topper who was abandoned by her father to the NEET topper who started working as an agricultural labourer from the age of 13, here are 10 incredible stories of inspiring Indians.

Sreeja lost her mother on the day of her birth and was abandoned by her father. Yet, she made her grandparents proud by being a topper in class 10 Central Board of Secondary Education examinations 2022.

Reading the stories of people who struggled all their life and ended up achieving their dreams is highly motivational. The struggles may be in the form of losing their loved ones, fighting poverty, standing against stereotypes or even overcoming physical disabilities.

Here are 10 such motivational stories which will make your day:

Born to a landless agricultural labourer in Mudhol, Karnataka, Chidanand lost his mother at a very young age. The 29-year-old specialist who worked in a private hospital in Hyderabad topped two subjects in the National Eligibility Entrance Test (Super Speciality). In the examination which was written by at least 20,000 doctors all over the country, Chidanand bagged first in gastroenterology and liver hepatology subjects.

The doctor completed his primary education at Government Primary School and BVVS High School and then joined BLDE College in Jamkhandi taluk. It was his villagers who encouraged him to take up MBBS and he completed his studies with the help of government scholarships as well as help from some social organisations.

Post the earthquake in Kutch, Jayvir was fascinated by the civil service officers who helped the villagers rebuild the place. Born as the youngest of four children, he attended a government primary school and later was selected to Navodaya Vidyalaya. He completed engineering from SVNIT in Surat and worked for a few years to fund his civil service coaching.

Last year, Jayvir topped the Gujarat Public Service Commission (GPSC) examination and secured AIR 341 in the UPSC CSE 2021, with Gujarati literature. The 25-year-old is now the deputy collector of Vadodara. “In small villages like ours, locals always firmly believed that good talatis (clerks), mamlatdars (officers) and civil servants can make a lot of difference to rural lives. That’s why I’m here,” he said to Times of India.

Kabir’s parents never expected him to study like his peers as the child was diagnosed with autism at the age of two. But he ended up being one of the high scorers in his class 10 examination of CBSE in 2022 with 96 per cent marks.

Interestingly, Kabir falls under the general category and studied in a mainstream school. Kabir, who still struggles with communication, gives credit for his success to his counsellors, therapists and, most importantly, his mother who quit her chartered accountant job to become an autism specialist. The family belongs to Bhubaneswar but moved to Mumbai for Kabir’s treatment and later to Gurugram for his education.

Udhampur village in Jammu & Kashmir is a remote area which was once full of dense forest. Reetika Sharma belongs to this village where there is not even a proper tuition centre. She scored 99.8 per cent in the class 10 board exams of the state. Her father is a daily wage worker in the PWD department and she attributes her success to her teachers and family.

“My biggest dream is to be a part of the Indian army after clearing the National Defence Academy (NDA) examination. If that’s not possible I wish to crack the UPSC examinations,” she said to Hindustan Times.

Losing her mother on the day of her birth and being abandoned by her father, Sreeja’s life was full of agonies. But none of these could dim her determination and hard work. The 15-year-old who lives with her maternal grandparents topped the CBSE class 10 examination from Bihar.

A student of DAV Public School, Patna, Sreeja scored 99.4 per cent marks with 100 per cent in Sanskrit and Science. The teenager aspires to become an electrical engineer and support her grandparents.

“Her father left Sreeja after my daughter’s death. We have not been in touch or seen him since then. He got married again and now he must be regretting after seeing his daughter’s board result,” her grandmother shared with The Indian Express.

Even though the family often struggled due to poverty, Avula studied hard with his mother being his greatest support. But his mother, who was blind all through her life, fell ill while Avula was preparing for the crucial JEE examination. Unfortunately, his mother passed away on the day of the JEE Mains. Heartbroken yet determined to make his mother’s dream come true, the 19-year-old attended the exam and bagged 96.48 per cent marks.

Avula never went to any coaching academies as they were expensive and depended on the internet completely. “I am dedicating my JEE achievement to my mother who stood by me all along in life. She was there for me to count on in all critical phases of my life,” he said to The New Indian Express. The youngster wishes to become a civil servant later in his life.

Sonali hails from Gondahur, a remote village in Chhattisgarh. The place is infamous as a Maoist-affected area and the villagers live here in terror. Overcoming all such obstacles, Sonali topped the Chhattisgarh Board of Secondary Education class 10 exams.

Her father Jaydev Bala is a teacher by profession and she gives the credit for her success to him. Sonali wants to take up medicine in future to treat the poor for little or no fees.

Hailing from the Gaurela-Pendra district of Chhattisgarh where power cuts pose a great hurdle for students, Roshan Kahef Anjum secured 98.17 per cent marks in the class 10 board exams. She ranked second after Sonali Bala.

She is the daughter of a welder mechanic who struggles to make ends meet. Anjum’s father was adamant about enrolling his daughter in a good school despite being unable to afford the fees. The 15-year-old shared that her success belongs to her father. Like Sonali, she too wishes to get into the medical field to serve the poor.

As a kid, Aashika used to dress up like a doctor and treat her friends as if they were her patients. Years later she secured the first rank from Tamil Nadu under the 7.5 per cent horizontal reservation among an ‘Other Backward Class’ category. Aashika couldn’t attend any private coaching centres due to lack of money and depended on the State government’s e-box coaching from class 12 onwards.

“In our community, most families won’t allow girls to study once they attain puberty. The fate of my mother is no different. Though both my parents have not completed class 8, they encouraged me to study,” she said to The New Indian Express. Aashika, who now studies at Madras Medical College, wishes to specialise in cardiology.

Born into a farming family, Madurai native Alex Pandi started working as an agricultural labourer from class 8 onwards followed by the death of his father. He and his mother, who was a labourer at a construction site, struggled to make ends meet. With encouragement from his headmaster and Physics teacher, Alex applied for NEET and earned a Bachelor of Dental Surgery (BDS) seat under the 7.5 reservation quota.

Meet Class 10 toppers: Bala from Maoist zone, Anjum from poor family, published by The New Indian Express on 15 May 2022.