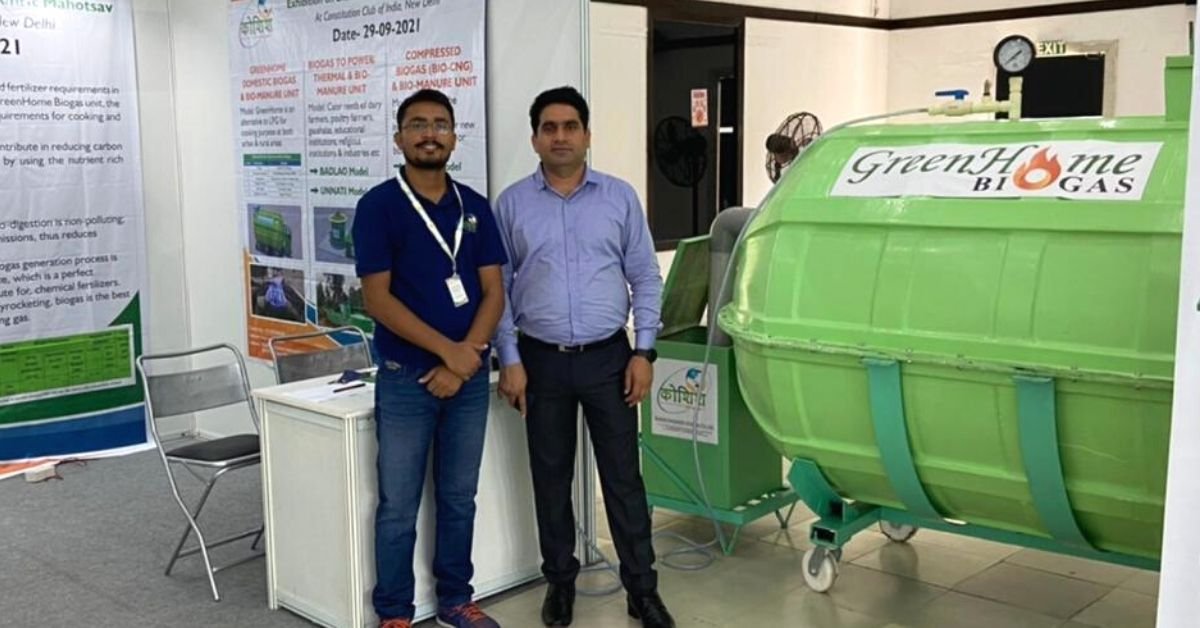 Delhi-based Ratnesh Tiwari from IIT has built an efficient biogas system that can digest all types of organic matter, aiming to increase its accessibility by providing it to a vast number of industries

While biogas is a promising technology that helps decompose organic waste into a clean energy resource with anaerobic digestion process, its limitations and lack of viability can make the prospect indigestible to some. Dr Ratnesh Tiwari (32), an IIT Delhi alumnus and expert in biogas technology, says that many factors determine the functionality of the biogas plant — the temperature required for the anaerobic digestion, the amount of organic matter, the structure, refining process of the gas, and so on.

“There are many who think biogas is inefficient. But we are here to prove otherwise,” says he notes.

He says the inspiration to create the system stemmed from his roots. “I belong to Sultanpur, Uttar Pradesh, and grew up living a ‘rural’ lifestyle. I have first-hand experience and know the plight of farmers and understand the struggles they undergo to progress in life. So rather than moving abroad like other batch mates chasing lucrative jobs, I wanted to contribute towards the cause of the environment and farmers,” he tells The Better India.

A step towards sustainability

In 2015, he took admission in IIT Delhi and conceived an institute-incubated startup Koshish Natural Energy Solutions with three other friends.

Dr Ratnesh says, “During my graduation, we worked on the field and closely observed the issues of farmers. I tried finding solutions to give them maximum revenue with minimal investment. For this, we have built a small biogas plant that can meet the daily gas requirements for a family of three. This would limit the inhalation of toxic gases that come from burning fuel. The move also aims to prevent the expense of buying costly LPG cylinders.”

He adds, “Unlike other biogas plants that demand only cow dung for the process, the innovative digester can decompose uncooked food, poultry waste, agriculture waste, press mud, and other organic wet waste.”

The startup has introduced an agitator technology in the digester that prevents scum formation inside the tank. “Scum formation leads to ‘dead zones’, which trap gases and thereby prevent them from releasing,” he explains.

Dr Ratnesh says that conventional biogas systems have gas holders made from mild steel, which is prone to corrosion and deteriorates in a few years. “To solve the issue, we have replaced the steel with the Fibre Reinforced Plastic (FRB), which increases the overall life of the biogas plant. The remaining body is made from steel,” he adds.

The startup has also developed its cleaning unit to remove impurities present in the raw biogas. “The refining technique helps improve the efficiency — it can achieve purity of up to 95 per cent, as against the raw form of 55 per cent,” he notes.

Dr Ratnesh says the slurry obtained in the form of by-product goes as rich fertiliser for the plants. So far, the startup has installed over 40 biogas plants in different parts of the country, which has helped over 1,000 people go LPG free, he adds.

“We have set up the systems commercially at canteens, poultry farms, cattle sheds, and even one at Tata tea estate in Assam, which collectively treats 12.25 metric tonnes of organic waste a day,” he says.

Dr Ratnesh claims that their biogas plants cater to the needs of farmers, as well as those in the poultry industry, residential societies, food and beverage industry, and public and private spaces such as schools, temples, colleges, etc.

Raj Gohain, an entrepreneur from Assam, says, “I installed biogas from the startup to manage waste on my dairy farm. The biogas has shown commendable results as I run a genset using the clean fuel for about six hours a day.”

He also says that the electricity generated from the biogas helps him to operate water pumps, air conditioners and other heavy equipment. “I plan to increase the number of cattle, which in turn will generate more waste. It will enable me to generate more electricity and sustain for longer hours,” he adds.

Meanwhile, Dr Ratnesh says that the technology can prove to be a game changer for similar scenarios. A domestic unit costs Rs 60,000, while the power generation unit ranges between Rs 10 lakh and Rs 1 crore.

“As LPG costs continue to burn a hole in our pockets, biogas can prove to be an alternative and affordable source of clean energy. I aim to reach every marginalised farmer to benefit from the same,” he says.