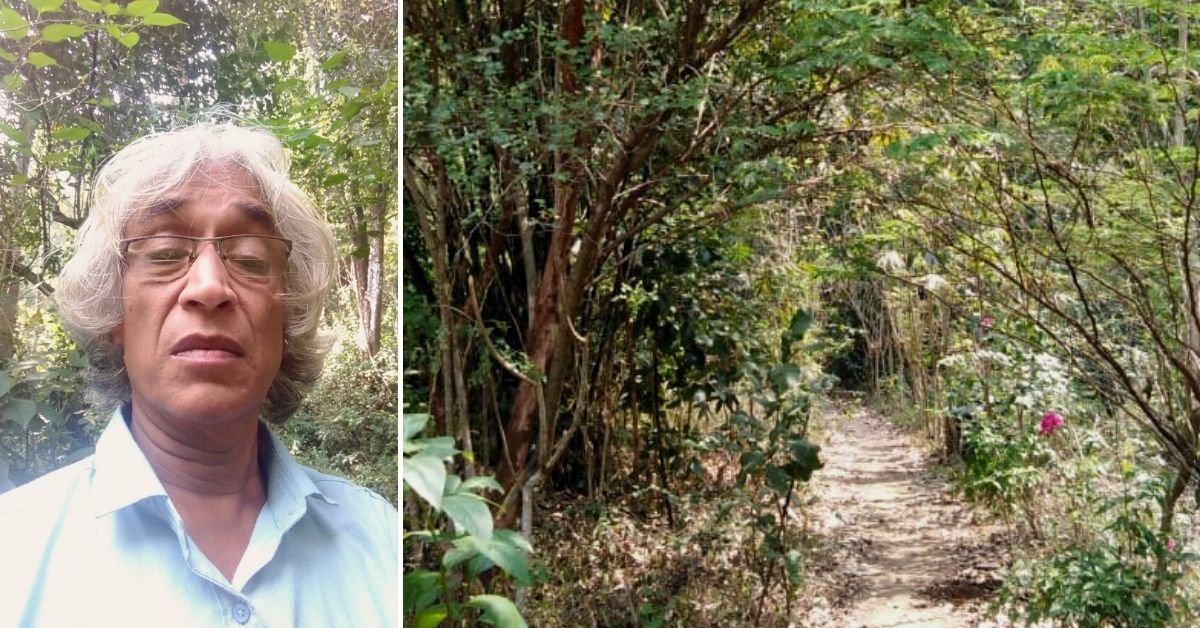 Kerala-based Gopalakrishnan KR, a retired bank employee, used his retirement benefits to convert a 1-acre rubber plantation into a mini forest with hundreds of fruit trees, medicinal plants, and more.

Gopalakrishnan K R, a resident of Thrissur, Kerala, believes that we often forget that produce from nature is not just for humans to enjoy. “It’s for all living creatures,” he notes.

Deeply rooted in this love for nature, he has been nurturing a mini fruit forest on a 1 acre piece of land in Mannamangalam for the last seven years. This green paradise is replete with thousands of trees for birds and animals to rest under or feed on. “I don’t interfere with the forest or harvest any of the fruits, as it is set up for the birds and animals,” he tells The Better India.

While retiring from SBI in 2014, Gopalakrishnan decided to buy a piece of land that was formerly a rubber plantation. “The land was around 10 km away from my house in Ponnukkara, and I purchased it for Rs 15 lakh, which I had received as my retirement benefits. It was the perfect piece of land, and shared a border with a forest,” says the 67-year-old.

After buying the land, Gopalakrishnan started by removing all the rubber trees. Then, over time, he filled the space with different varieties of fruit trees, medicinal plants, and more. “There were a few non-rubber trees and plants, which I left as is,” adds Gopalakrishnan, who spent an additional Rs 10-15 lakh to transform the barren land into the forest that it is today. 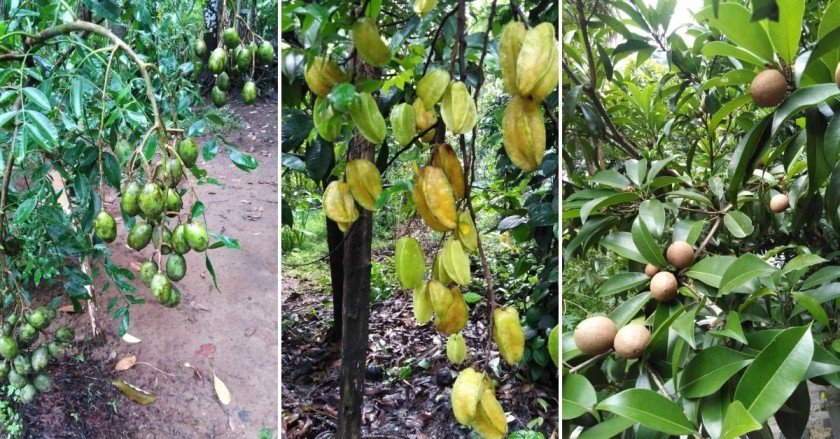 The former computer operator has single-handedly raised this greenzone, named ‘Pranah’ (life), over the last few years. “I started planting saplings across the land hoping that they would grow, flourish and bear fruits for the birds and animals one day. I didn’t take any external help,” he adds.

Gopalakrishnan says that Pranah has over 500 types of trees, of which over 200 are fruit trees. They were all allowed to grow and flourish in their own natural way, he notes, barring the occasional watering he did, especially during the summer months.

He adds that creating this mini forest was not just about planting trees. It was also about leaving them unaltered or undisturbed. “If we plant a tree, we are supposed to not interfere with it by cutting its branches or clearing the fallen leaves. Nature should be left on its own and that’s what all my efforts have been directed towards,” he says.

Pranah is home to fruit trees such as jackfruit and mango of different varieties, as well as papaya, guava, sapota, water apple, gooseberry, fig and many more. “Several animals like wild boars, squirrels, monkeys, and innumerable birds are regular visitors here,” he says.

Besides fruit trees, he says that the forest also houses around 1,000 medicinal plants like different varieties of tulsi, koduveli (Indian leadwort), sanjeevani, analivegam (poison devil tree) and so on. “There were a lot of medicinal plants in the plot even when it was a rubber plantation. I have kept those and have planted more varieties as well. Several medicinal plants that are yet to be identified,” he says, adding that he is trying to ascertain their identity with help from his scientist friends and Google.

“I did plant a few vegetables in the beginning, but they couldn’t survive under the shades of the big trees,” he notes.

The forest is around 150 metres from the road and has only a narrow pathway to walk through. “I intentionally kept the path narrow so that the vehicles won’t come in. I want the forest to be undisturbed from the external world,” says Gopalakrishnan, who visits Pranah to check on his work every alternate day. There is a small one-room house in the forest for him to rest and a well for watering purposes.

Gopalakrishnan and ‘Pranah’ have received several accolades, including the 2021 Vanamithra Award by the Kerala Forest Department for biodiversity conservation. “I used the amount, Rs 50,000, to contribute to a drinking water project for the SC-ST colony nearby.”

Apart from maintaining a fruit forest, Gopalakrishnan also helps people set up home gardens for free, he says. “I help people who approach me. Otherwise, I go find houses where there is enough space for planting more greenery. I get the saplings and plant them on their land for free. So far, I have helped around 100 houses near Ponnukkara,” he says.