Several Indian-origin women CEO are blazing a trail with their vision and leadership of major global companies. From Leena Nair to Jayshree Ullal, they have all broken the glass ceiling.

Indian women are establishing their identity in varied spheres globally by heading several big industries, from beauty to technology, and everything in between. By breaking the glass ceiling of the male-dominated spheres across the globe, they are revolutionising these spaces and making it more inclusive and accessible for women.

These women are redefining gender stereotypes and work culture, thereby inspiring others to take up more such roles. Here’s a look at a few Indian women CEOs who are currently leading the global workforce across different industries. Revathi Advaithi (54) is the CEO of Flex, one of the world’s largest manufacturing companies and a global supply chain. She assumed her role as the CEO in February 2019 and has been managing the company’s strategic direction and technological innovation. Advaithi is also an independent director for the board of directors of both Uber and Catalyst.org. She serves as a member of the MIT Presidential CEO Advisory Board.

Born and brought up in India, Advaithi holds a Bachelor’s degree in Mechanical Engineering from the Birla Institute of Technology and Science in Pilani, India and an MBA from the Thunderbird School of Global Management, Arizona. She is also a champion of women in STEM fields and is also responsible for sustainable manufacturing solutions across various industries and end markets. Sharmistha Dubey, is the 51-year-old CEO of the Match Group, a $40 billion technology conglomerate that owns and operates several online dating applications like Tinder, OkCupid, Hinge and PlentyOfFish.

Born and brought up in Jamshedpur, she says she was an introvert, which made her a keen observer of human behaviour. This came in handy when she joined the Match Group around 15 years ago and later took over as its CEO in 2020. She holds a bachelor’s degree in engineering from the Indian Institute of Technology and later obtained her MS from Ohio State University. Kewalramani, who was born in Bombay, grew up in India till the age of 11 and then moved to the US with her parents. After receiving her medical degree, with honors, from the seven-year medicine program at Boston University, she completed the General Management Program at Harvard Business School. American-Canadian businesswoman Sonia Syngal is the president and CEO of Gap Inc., an American worldwide clothing and accessories retailer. Syngal, was also listed as one of the few highest-ranked Indian American female CEOs of a Fortune 500 company.

Born in India, Syngal was brought up in Canada and the United States where she pursued her bachelor’s degree in mechanical engineering from Kettering University and later did her Master’s in manufacturing systems engineering from Stanford University. 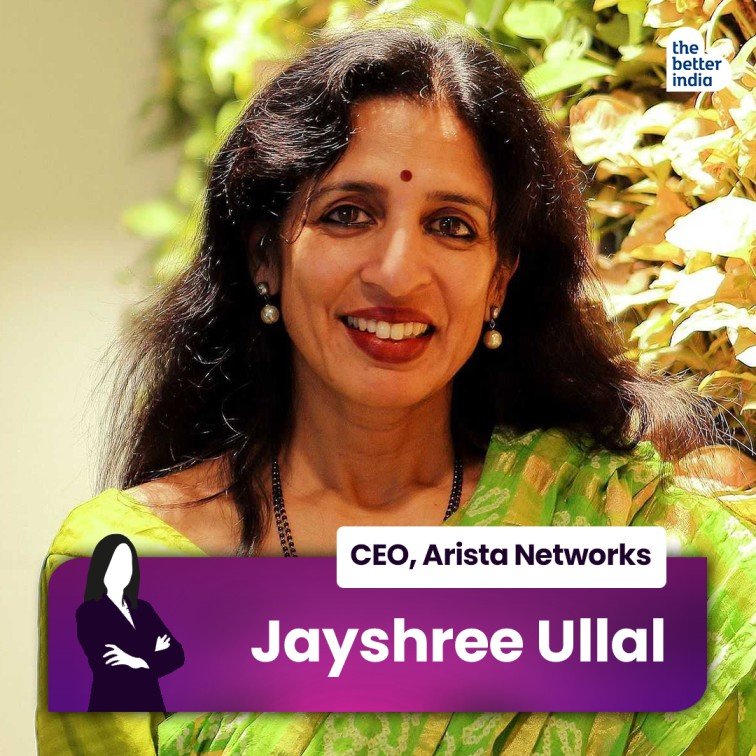 Jayshree Ullal who has been the president and CEO of Arista Networks, a computer networking firm since 2008 is listed one among the 72 self-made women billionaires in the world. Born in London and brought up in New Delhi, Ullal did her electrical engineering from San Francisco State University and later pursued her master’s degree in engineering from Santa Clara University. Ullal has also worked with Fairchild Semiconductor, Cisco and AMD in the past. Anjali Sud who was appointed as the CEO of Vimeo in 2017, and reinvented the company as a software company that serves video creators. Vimeo which was invested in original content started focussing on expanding it’s tools for creators. Born and brought up in Michigan by Indian immigrant parents, Anjali Sud is a MBA from Harvard Business School. 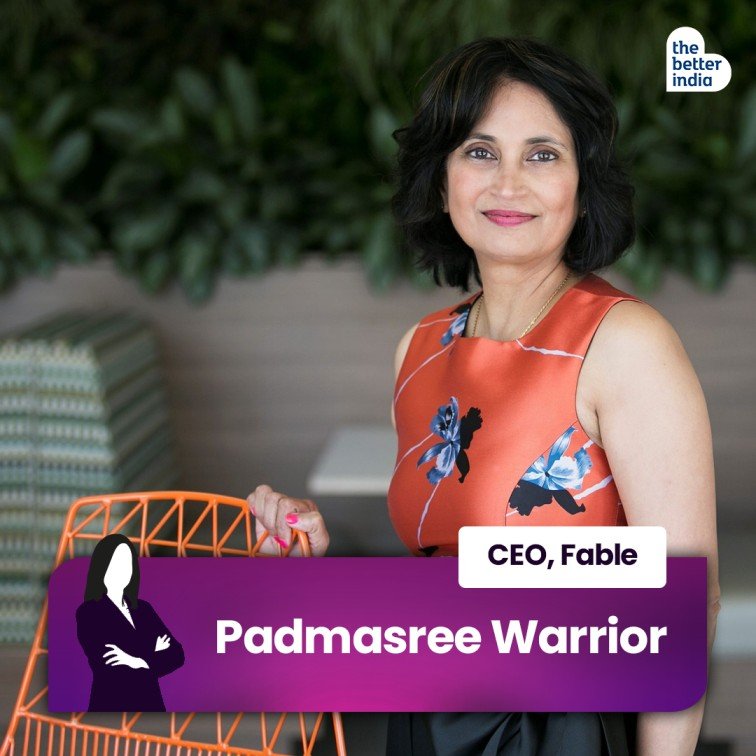 Padmasree Warrior, considered one of the most powerful women in tech, is the founder and CEO of Fable. The company which was founded in 2019 serves as a platform for reading and delivers a social experience with stories in the service of mental wellness.

She also served as the Chief Technology Officer of Cisco and Motorola and was the CEO of NIO USA, an electric car company that competes with Tesla. Born and brought up in a Telugu family in Vijayawada, Warrior holds a bachelor’s degree in chemical engineering from IIT Delhi and a master’s degree from Cornell University. The founder and CEO of Century Tech, Priya Lakhani develops the latest AI-based learning technologies and tools for schools and colleges.

Trained as a barrister, Lakhani left the security of the legal profession to pursue her passion for business. She launched the food brand Masala Masala as a kitchen table idea and developed it into a line of products stocked in major supermarkets. Lakhani, who was awarded Business Entrepreneur of the Year in 2009 and OBE in 2014, is considered a leader in education and AI. Born to Indian parents she was brought up in Cheshire in the UK holds a master’s in Law from University College London.

Leena Nair, the newly appointed global chief executive officer (CEO) of the French luxury house Chanel, hails from Kolhapur in Maharashtra. She was the chief human resource officer (CHRO) of Unilever before taking on the role in Chanel. Nair pursued electronics engineering from Walchand College of Engineering, Sangli and pursued management from XLRI, Jamshedpur where she graduated as a gold medallist.

She joined the Hindustan Unilever Limited (HUL) three decades ago as a management trainee. At 52, she became the first female and first Asian chief human resources officer of the company and was also featured among Fortune India’s Most Powerful Women 2021. Ankiti Bose is the co-founder and CEO of Zilingo, a multinational startup and one of the largest B2B e-commerce companies in Southeast Asia. The 29-year-old was featured in Forbes Asia’s 30 Under 30 list in 2018 and in Fortune’s 40 Under 40, along with Bloomberg 50 in 2019. She was born in Dehradun, grew up in Mumbai and studied mathematics and economics at St. Xavier’s College, Mumbai. Falguni Nayar, founder and CEO of beauty startup Nykaa, is India’s wealthiest self-made woman billionaire. Nykaa’s parent company, FSN E-Commerce Ventures, is the country’s first woman-led unicorn to hit the stock exchange. Nayar quit her job as the managing director of the Kotak Mahindra Group at the age of 50 to start something on her own. She took the brave step forward by leaving a 20-year-long career in investment banking and shifting to the beauty industry in India which was lagging far behind the rest of the world.

Nykaa’s IPO (Initial Public Offering) was listed in November 2021, and as shares of the firm surged to a whopping 89 per cent, Nayar, who owns half of the company, is now worth $6.5 billion. Currently, Nykaa offers 4,000 beauty, personal care and fashion brands online, and has around 80 retail stores across the country.