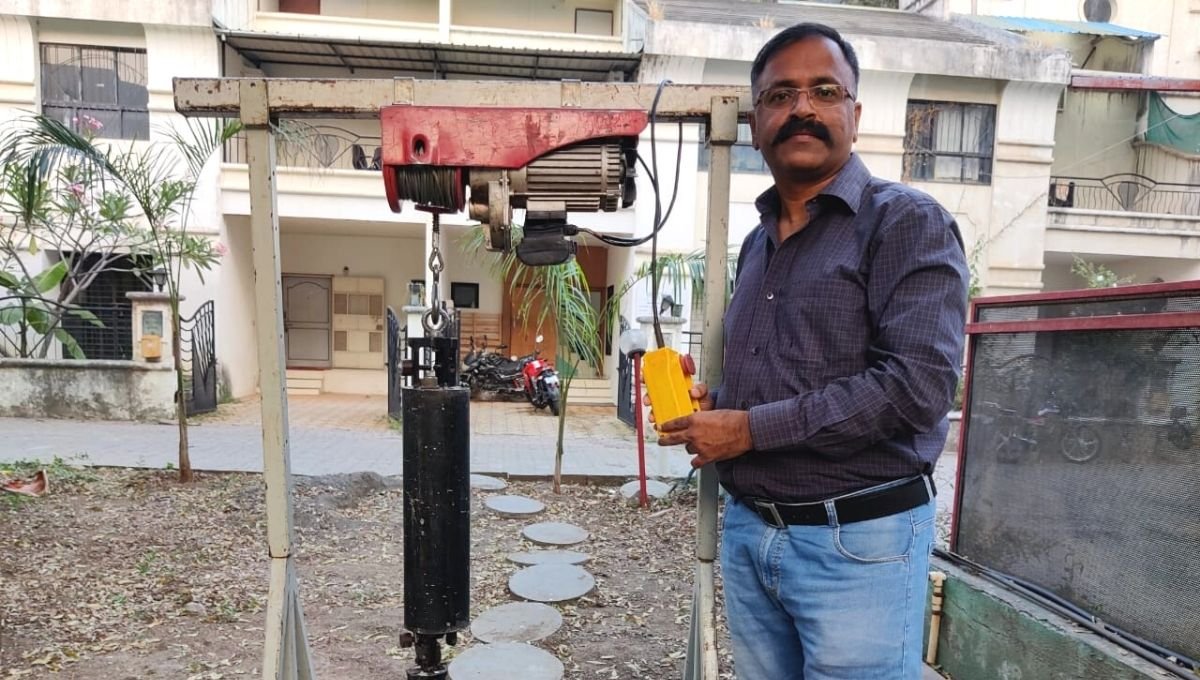 In 2013, Maharashtra experienced one of the worst droughts in 40 years. Villages such as Shelkewadi, Randulabad, Satichiwadi, Muthalane, Phalakewadi and Thapewadi, faced a severe crisis as they fell in the rain shadow region of the Western Ghats.
Falling in the rain shadow region meant the villages were located behind the mountains, resulting in lesser clouds and low rainfall.

But today, the villages turned these odds in their favour by becoming water sufficient and creating water management policies that ensured the residents never suffered the same fate again.

This is all thanks to Pune-based Rahul Bakare, one of the key players who established the Participatory Groundwater Management Network that helped the villages become drought-free.

This was not the only project that Rahul has worked on to bring relief to rural India. He has worked across different parts of the country, helping villages with drinking and irrigation water security through his innovative, patented and affordable borewell recharge technology — BoreCharger. The device helps increase groundwater recharge, farm yield, duration of supply and improves water quality considerably.

However, the 50-year-old engineer wasn’t always inclined to social work. Earlier, he worked as a software professional in the online gaming industry. “I studied in the USA and worked in the software industry until 2003 and decided to return to India to continue my profession until 2009. But I felt that despite having a comfortable salary, money alone was not giving me mental satisfaction. I wanted to contribute my bit to the society,” he tells The Better India.

He then decided to contribute to the cause of water security. “As a part of this effort, I focussed on irrigation water security, indebtedness and farmer suicides. I wondered why farmers committed suicide, and I wanted to understand their problems better,” he recalls.

He took some time off and completed his post graduation in management from IIM Calcutta. He then decided to buy a piece of land and practice agriculture, but people close to him opposed it. “They told me that farming was not an ‘online game to be played’, and that with zero experience, it would take me years to understand the farmers’ issues and address their problems,” he says.

Fortunately, he came across an opportunity to become Director of Grants at a philanthropic organisation launched by Rohini Nilekani, Arghyam Foundation, an initiative that aimed to establish water security. He quit his corporate job and joined the organisation.

“I worked on 80 projects across India, with other NGOs as stakeholders. We attempted to blend technical knowledge based on scientific data with traditional knowledge of the locals to bring long-term sustainable solutions on water security,” he says.

Rahul adds that though he enjoyed the work, the projects mainly depended on philanthropic grants. “NGOs always faced challenges with funds and the organisational priorities, who funded the initiatives,” he says.

Moreover, he learned that the rainwater harvesting system did not always assist groundwater recharge. “The rainwater harvesting system lacked a scientific approach and did not always help to recharge groundwater. Also, it involved heavy expenses. Groundwater recharge demands understanding of aquifers, mapping of hydrogeology and finding sources. I started thinking of a solution that increased recharge of existing, low yielding or dry borewells drastically and made them sustainable,” he explains.

“Also, I realised that bore wells provided water for a few years and ran dry eventually. The amount of water extracted was much higher than the natural recharge of deeper aquifers. So, I decided to bring a solution that would increase the groundwater recharging capacity of the borewells and improve the water quality at the same time,” he shares.

An ‘Angiography of Earth’

In 2014, he quit the foundation and decided to start a venture of his own. Rahul roped Vinit Phadnis, a hydrogeology expert, to launch Urdhvam Environmental Technologies Pvt Ltd. They created an innovative machine — BoreCharger, that increases the quantum of rainwater entering the groundwater aquifers.

Explaining the functioning of the device, Rahul says, “The bore wells penetrate deep in the ground, over 400-600 feet at times, to reach the aquifers that are located deep inside the earth. These aquifers form over hundreds of years after rainwater seeps through various layers of the rock structures and reach these depths. But the lifting of high amounts of water results in drying up the deeper aquifers. These aquifers do not replenish for months and turn dry. Moreover, the aquifers in upper layers of water remain blocked with the PVC casing, used to construct the borewell.”

He adds that the BoreCharger technology undertakes an “angiography” of borewells, using an underwater camera system and studies the various aquifers underground. Once identified, the device creates perforations in the casing pipe at hydro-geologically appropriate depths using a patented robotic arm, allowing the water from the upper aquifer to enter and store in the deeper ones.

“The additional benefit is that the freshwater from the upper layers enters the comparatively saline bottom aquifer, thus improving the water quality. Thus the water levels increase from about 600 feet to 200 feet and even 50 feet, depending on the rain quantity and recharge potential. The device not only improves the yield of borewells but also increases supply duration by at least two to three months,” he says.

Rahul says that more than 1,500 such BoreCharger interventions have been done on the bore wells across eight states of India and in West Africa, helping to recharge 165 crore litres of water.

The intervention costs a one-time investment of Rs 20,000 to Rs 35,000, depending on the geographical location and has no construction or maintenance costs. “A team of highly-trained hydrogeologists and para hydrogeologists conduct the work, which takes about three hours and is a one-time expense,” he explains.

Vaibhav Jagtap, from Yavtamal in Maharashtra, says that water scarcity on lemon orchards is no longer a worry. “I dug a borewell to irrigate my 2-acre farm. However, I would get just half-an-hour’s worth of water from it. The small amounts of water did not serve its purpose. Later on, I dug two additional borewells, which did not yield water either,” he says.

Vaibhav adds that he learned about BoreCharger through a news article. He says, “The team visited the site and helped me understand the hydrogeology of the area. They also mapped the aquifers through the camera and explained the soil layers. The device perforates slits in the borewell, which opens access to the aquifers located at the upper layers of the earth. The move has helped to meet the irrigation needs on my farm.”

Rahul plans to speed up his work to extend the benefit by training experts in hydrogeology at the village level. “I have limited sources, and working on capacity building will help increase the benefit to villages,” he says.

He is glad that his initiative does not involve financial dependency and directly benefits the farmer. “This innovative and affordable intervention has the potential to solve groundwater problems in India,” he says.