Did you know that the oldest yoga teacher in the world is an 85 year lady from Australia who holds a world record? Here are 14 such such interesting facts you should know on the first International Day of Yoga.

Did you know that the oldest yoga teacher in the world is an 85 year lady from Australia who holds a world record? Here are 14 such such interesting facts you should know on the first International Day of Yoga.

As India gets set to lead the world in celebrating the First International Day of Yoga on the 21st of June, 2015, here is a brief look at Yoga in India through the ages: 2. There are 84 classic Yoga Asanas, the Asana being one of the 8 limbs of Yoga.

3. Swami Vivekananda is credited for being the greatest proponent of Yoga in the West. He was a key figure in the introduction of the Indian philosophies of Vedanta and Yoga to the Western world.

4. According to Hindu mythology, Shiva is considered the Supreme Lord of Yoga. He is also considered as Adi Guru or First Guru and Adi Yogi or First Yogi. Lord Shiva is said to have imparted the knowledge of Yoga to the Saptha Rishis (seven saints).

5. Maharishi Patanjali is a saint who is believed to have lived some time during the 2nd century BCE. He is known for his treatise on Yoga, entitled “Patanjali Yoga Sutra”.

6. The first known appearance of the word “yoga”, with the same meaning as the modern term, is in the Katha Upanishad, composed about fourth to third century BCE. 7. Paramahansa Yogananda was an Indian yogi who taught Kriya Yoga to millions around the world. 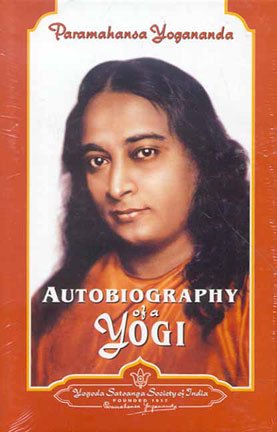 8. B K S Iyengar was considered to be the foremost of the modern yoga teachers in the world. 9. Lenovo has a tablet named Yoga. 10. Research has suggested that yoga improves social and occupational functioning in schizophrenic patients. However, 90-year-old yoga teacher Gladys Morris from Royton, Oldham, is petitioning the Guinness World Records to be recognized as the oldest.

12. A 2008 market study in Yoga Journal reports that some 16 million Americans practice yoga and spend $5.7 billion a year on gear. 13. Ancient yogis believed that we only have a limited number of breaths in each life. Hence, it made sense to stretch our life out a bit longer by taking slow and deep breaths. 14. The Indian Postal Service will be releasing a commemorative stamp on the occasion of the first International Yoga Day on June 21, 2015. – Compiled by Sharath Ahuja, with inputs from Shreya Pareek.