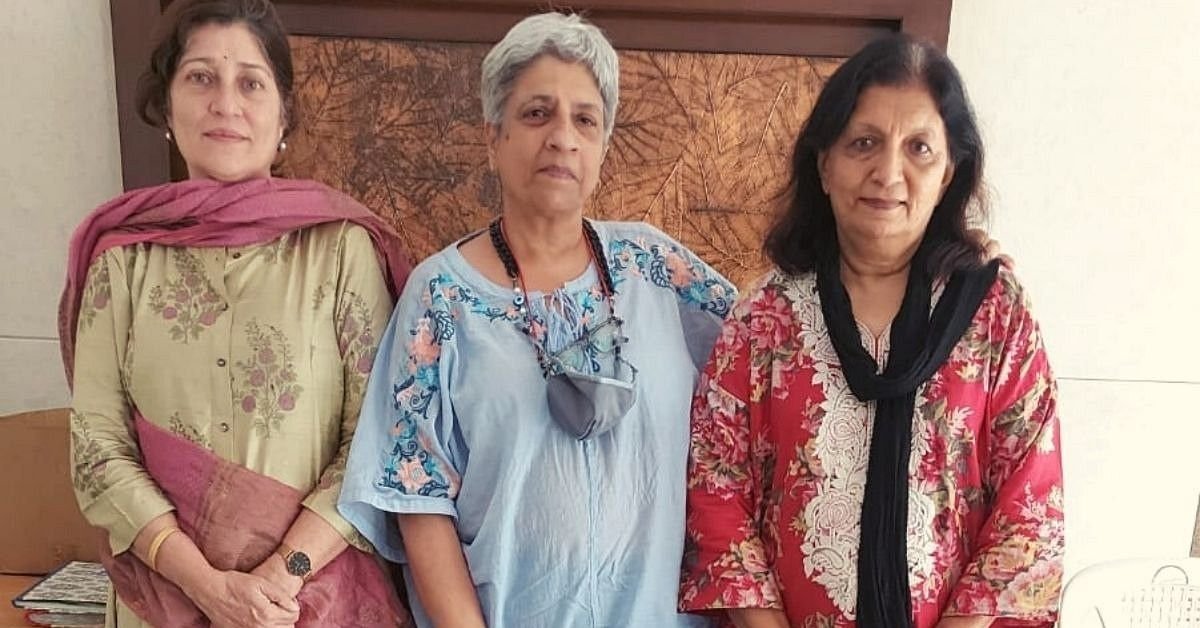 Hansu Pardiwala, Kunti Oza and Chitra Hiremath of Mumbai started The Milk Bag Project in 2019, through which they collect empty milk packets and give them for recycling. The idea was inspired by a viral social media post.

It is often a small spark that inspires big change. That is exactly what happened when a viral social media post led to three women saving almost 7.5 lakh plastic milk packets from polluting the earth.

This post cautioned its viewers against snipping the corners off packets of milk to pour the liquid out. It suggested that instead, a slight slit is enough to empty it, and by not cutting all the way through, one can save a large amount of plastic bits from littering the land.

Your simple act of cutting milk sachet can have detrimental effect on the solid waste management of your city.

For us it is an eye opener. Never thought it like that. Must read. @WeAreBangalore pic.twitter.com/YSJ0FsM8VA

“What the post was promoting was not a big task. And we realised that milk consumption in the city was obviously huge because a majority of the garbage on the beaches seems to comprise such packets. We all discussed this amongst ourselves and thought, ‘Why not act on this together?’,” Kunti tells The Better India.

While the post talked about keeping bits of plastic intact on the packets, this campaign was designed to go one step further and commit such packets to recycling. First, they began with their own homes. Eventually, a video was created explaining the procedure of the activity.

Under the Milk Bag Project, people were asked to wash, dry and save whole milk packets instead of throwing them into dustbins. At the end of the month, the trio would come and collect these packets and forward them to a plastic recycler. “We put this video on our society groups and other WhatsApp groups so that as many people as possible know,” Chitra told The Better India.

Such an initiative is not new for these women. All three of them have been contributing to the field of environmental protection and waste management for many years now. While Hansu is associated with the organisation Har Ghar, Hara Ghar, Kunti has been working to clean up Mumbai as chairperson of Clean Mumbai Foundation. Similarly, Chitra works with Garbage Free India.

Seeing an opportunity in the area of plastic management, they decided to pool their resources and passion to begin spreading awareness.

“We have two recyclers on board for the project, Dalmia Polypro and Shakti Plastics. There was no cost involved in the initial stages, but we later pooled some money to hire two employees who were put in charge of the collection process,” Kunti says.

While their resourcefulness came handy in logistics, their diligence was rewarding in the face of challenges.

An initiative like this required people to change a deeply set habit as well as devote time to saving plastic. Hansu said that it was only through persistent efforts that they were gradually able to get people to respond.

Another issue they faced was with the recyclers. Such vendors do not accept less than 80 to 100 kilos of plastic. So until the collection reached the minimum quantity, the team had to hoard the packets in their homes.

By now, these women have roped in around 82 contributing entities including residential colonies, restaurants like Leopold Cafe and Hotel Diplomat, and local tea vendors. Kunti says that today, even people from Bangalore, Delhi and Thane are sending their share of recyclable packets to MBP by post. 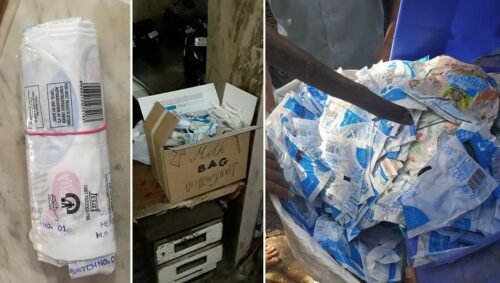 “Upon reaching the vendors, these packets are thoroughly washed at recycling units. They are then dried and cut into small pieces by a machine and processed into plastic granules. These recycled plastic granules are used to make a variety of products such as garbage bags and many more,” she says.

Close to 2.5 lakh packets were sent for recycling in the initial phase, but the project saw a major halt during the pandemic-induced lockdown of 2020. They had to take a break as people were struggling with other major problems. But as things got better by 2021, their work restarted with renewed vigour.

This kind of perseverance among environmentally conscious people sparks a ray of hope against the global scale of plastic waste. Going by the numbers, 79 per cent of the total plastic generated ends up being dumped in wastelands. However, this percentage says nothing of the amount of plastic that is capable of being recycled.

A major chunk of this waste material can be reused and returned to the economy if more and more people begin giving their plastic for recycling.

“The only thing we tell people is that you need to start in your own home and persist until you make the people of your locality aware. Take it step by step and replicate this project in your own area. Eventually, we can all bring about a major change,” Hansu said.

If you would like to do your bit in managing plastic waste, contact Milk Bag Project at themilkbagproject@gmail.com.