This Initiative Has Been Saving Mumbai’s Mangroves for Over 3 Decades; Here’s Why It’s Crucial 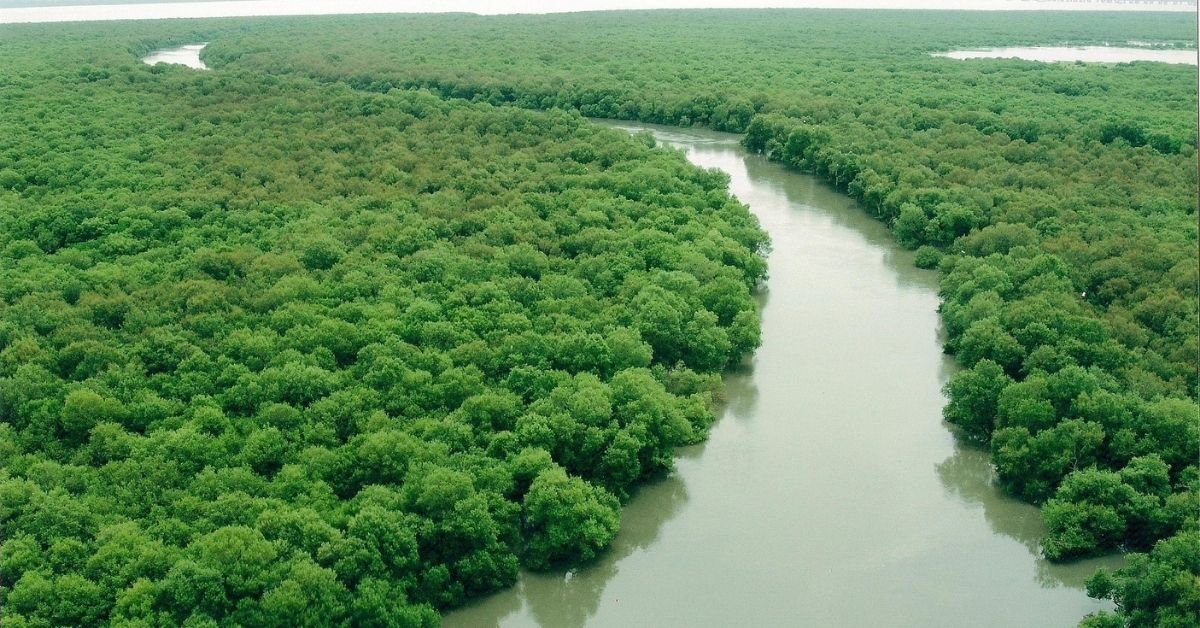 Vikhroli today has 16 mangrove species, 208 bird species, and a thriving biodiversity, thanks to the vision of one man.

This article has been published in partnership with Godrej & Boyce.

To a visitor travelling North toward Thane district from South Mumbai, Vikhroli passes for an ecological oasis amid a stretch of the city’s towering skyscrapers. As soon as you enter the eastern suburb, you will be pleasantly greeted by hundreds of acres of the lesser-known mangroves that man the city’s coastline.

Home to several endemic species of flora and fauna, the mangroves are dense coastal forests that are not only essential for maintaining the city’s ecological balance but also a source of income for Mumbai’s traditional fishing community — the Kolis.

For generations that have grown up witnessing Mumbai’s picturesque marshlands, estuaries and rivers disappear, the mangroves extending from Vikhroli to the west bank of Thane are a symbol of the city that have thrived and have helped to mitigate the severity of climate catastrophes.

In the 1940s, Godrej & Boyce acquired land to set up an Industrial Garden Township for its manufacturing operations and the land was blessed with mangroves along its border. The erstwhile Chairman of the Godrej Group, Sohrabji Godrej and his brother, Naoroji Godrej, had a vision to ensure that nature could co-exist with industries. The Soonabai Pirojsha Godrej Foundation was established in 1985 with the aim of conserving the fragile but life sustaining mangrove ecosystem.

The Better India spoke to Tejashree Joshi, Head – Environment Sustainability, Godrej & Boyce, for International Day for the Conservation of the Mangrove Ecosystem, to understand their three-pronged strategy of research, conservation and awareness and the initiatives they have taken over the decades.

Why do we need Mangroves? Moreover, these natural coastal forests play a significant role in the livelihood of artisanal fishing communities as they provide oxygen and breeding grounds for fish, purify wastewater and absorb heavy metals.

Additionally, the dense roots can capture five times more carbon dioxide from the atmosphere than tropical forests. As a result, these mangroves have stored over 10 lakh tonnes of carbon over the last few decades.

The rising sea levels and severe flooding caused due to climate change in the peninsular city, pose a huge threat to livelihood. Hence, the protection provided by mangroves against storm surges have now become more crucial than ever before.

However, due to land use changes, coastal development, unsustainable aquaculture, climate and lack of awareness on the critical role of mangroves, the world has lost over one-third of its mangroves. However, it is heartening to know that Maharashtra paints a very different picture. According to the State Of Indian Forest Report 2019, Maharashtra has recorded a whopping 72% rise in mangroves in the last six years.

This is a result of the exemplary work done by both public and private organisations to protect and nurture the mangroves. The opportunities for public private partnerships in this space are immense and should be leveraged strategically to implement sustainable solutions for the long term.

“When Godrej began its mangrove conservation journey, there were barely any laws or regulations to prevent the razing of forest patches,” says Tejashree. “Only a handful of people understood the role of mangroves, as there were very few studies or literature that was available on them. Godrej conducted a pioneering study on ‘Vikhroli Mangroves: Conservation and Management’ between 1985 and 1992 to provide insights into indigenous flora and fauna, effects on climate, chalking out conservation steps and more. From preparing an informative database to monitoring growth at regular intervals and working with the local government at the policy level, the valuable inputs garnered the attention of experts, academicians and governments alike.”

In 1997, the foundation achieved one of its most notable milestones when the stretch of mangroves extending from Vikhroli to the western Thane creek became India’s first ISO 14001 certified forest. This has enabled a comprehensive and systematic approach to conservation efforts with measurable performance indicators and targets. Two years later, the foundation conducted a massive plantation drive across 80 acres of land in partnership with the Municipal Corporation of Greater Mumbai. It was the first successful public private partnership for major mangrove plantation in the state of Maharashtra, and this spurred on efforts by the State Forest Department, NGOs and academic circles to undertake mangrove plantation all along the coastlines.

With a strong focus on promoting research, awareness and conservation, the foundation has partnered with NGOs and CBOs, academia, and civil society to conduct conservation training programmes, for both Godrej employees and the general public.

“An important issue that is often neglected in deforestation is the public outreach. For any project to work and expand, people must be motivated through partnerships and collaborations. To streamline the process, an Education Officer was appointed along with a team that organises nature trails for school students and the general public. NGOs, too, are welcome to study our model. Every new employee in our organisation undergoes a mangrove awareness programme during their induction,” says Tejashree.

Last year, the foundation amplified its efforts by launching ‘Magical Mangroves’, in collaboration with the World Wide Fund (WWF) for Nature, India. Under this ongoing campaign, the foundation organises webinars, quizzes, film screenings, digital storytelling and more to highlight the need to preserve mangroves. The initiative calls for citizens from eight coastal states, including Maharashtra, Goa, Gujarat, Andhra Pradesh, Tamil Nadu, Kerala, Odisha and West Bengal, to join the cause.

“We roped in close to 83 volunteers, who were educated on mangroves through 140 webinars over a span of six months. These volunteers further organised similar sessions on their own, thus engaging more than 9,000 people,” she adds.

Simultaneously, Godrej & Boyce launched the ‘India Mangrove Coalition’ in partnership with CII’s Centre of Excellence for Sustainable Development (CII-CESD) and WWF India on the 26 July 2021. The India Mangroves Coalition is the first of its kind industry-led platform under CII’s India Business & Biodiversity Initiative (IBBI), that will support and propagate greater mangrove conservation and plantation across India’s vast coastline through a multi-stakeholder approach, based on its importance as a Blue Carbon ecosystem.

Seema Arora, Deputy Director General, CII, commented on this initiative saying, “A competitive and sustainable industry must take a lead role in India’s future development as well as play a key role in the emerging shape of the global economy. This will require inclusion of nature in decision-making at all levels of business, society, and government. CII has partnered with organisations such as Godrej & Boyce and WWF India that are deeply entrenched into the conservation of such ecosystems”.

“Over the last couple of years, both awareness as well as the number of policies that protect the environment have increased. People are interested in participating in plantation drives but lack of knowledge is a barrier. Corporations have realised their responsibility to the environment and CSR funds have been mobilised to address conservation efforts. This kind of mass intervention is the need of the hour for biodiversity conservation. Additionally, we hope that the influence of corporations on their employees will have a multiplier effect. Corporates must involve their partners, vendors and suppliers to meet the requirements of a green supply chain,” says Tejashree.

Building the next generation of ambassadors

To keep up with the tech generation, the foundation also created a Mangroves Application in 11 languages available on both the App Store and Google Playstore. One can search for species of flora based on leaf shape, flower colour and name. The App also offers other interesting and engaging information such as the description of every plant species and their uses, mangrove distribution and ecosystem, plant adaptations, faunal biodiversity in mangroves, current threats and conservation measures. The app has been downloaded in over 106 countries.

With a goal to influence young minds and create a generation of mangrove ambassadors, Godrej & Boyce in collaboration with author Katie Bagli, launched a storybook for children titled ‘Many Secrets of Mangroves’ in English and Marathi. The book is available on the Mangroves website built by the foundation.

“When Godrej started mangrove conservation, very little was known about the valuable ecosystem services that mangroves provide. We recently did a study and found that around 30% of Mumbaikars will be able to tell you the importance of mangroves, which is a huge jump from a few decades ago, and this is our yardstick for successful awareness efforts,” Tejashree notes. Mammals like jackals, wild boar, and mongoose can also be spotted. This is a testament to the thriving biodiversity and healthy ecological system that can co-exist so beautifully with industries.