An Auto Driver Returned Cash and Jewelry Worth Rupees One Lakh

The auto driver, Dayashankar Yadav from Dombivli, found the bag left behind by the passengers and deposited it at the nearest police station.

​Auto Rickshaws are a very common feature of our lives, from bus depots to railway stations to various malls and multiplexes, the autowala is ever present, willing to take us on our next ride. Another thing that is very common with us is the haggling of the fare and subsequent arguments with the auto-rickshaw driver. Somehow, people are convinced that all auto drivers are dishonest and out to loot us. But here is a little tidbit to change your mind.

Dayashankar Yadav is 35 years old and is an auto driver in Dombivli. On Monday evening, he was ferrying a group of passengers returning from a wedding. He dropped them off at the Dombivli Railway station after picking them up from the wedding hall. He did so without a hitch. Later on, to his surprise,  he found a bag filled with jewelry and cash.

After finding it, he reported the found bag and deposited it at the Vishnu Nagar Police Station. 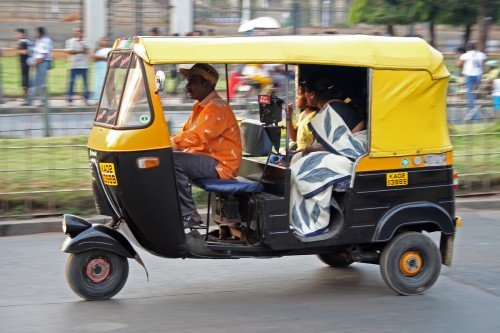 The officers there heard a mobile ringtone coming from the bag. They picked up the call and incidentally ended up talking to the owner of the bag, Dilip Lapsa. He was called to the police station and was handed over his bag. Dilip Lapsa, a resident of Mulund, had came in to Dombivli with his family to attend a wedding. His bag had goods worth more than a lakh.

Dayashankar Yadav was felicitated for his good and honest gesture on Tuesday.