At 17, He Shut Alcohol Shops in His Village Despite Threats, Wins Global Award 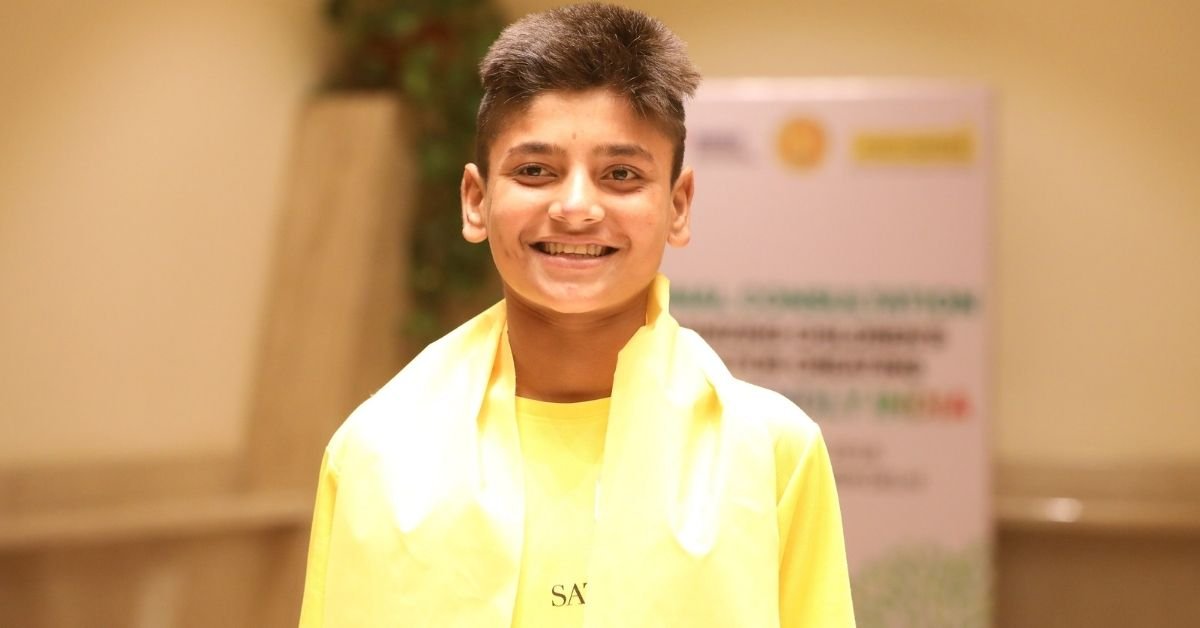 Surjeet Lodhi from Madhya Pradesh was conferred with the Diana Award for his courageous fight against eradicating alcoholism and child labour in his village.

Surjeet Lodhi was barely 13 when he started his fight against alcoholism and child labour in Madhya Pradesh’s Vidisha district. His stellar efforts to shut down five alcohol shops and enrol more than a hundred children in school were recently recognised at a global forum.

On 1 July, he was conferred with the Diana Award 2020 through a virtual ceremony. Established in 1999, the award honours those who have demonstrated exemplary humanitarian work for advancing the UN Sustainable Development Goals. Lodhi was one of the many young Indians who received it this year.

“I see the award as a responsibility to do better. I am very happy with the recognition and I aim to scale up my endeavour by helping more destitute children who are forced into child labour,” Lodhi, now 17, tells The Better India.

He joined the Bal Mitra Gram (BMG) Programme started by the Kailash Satyarthi Children’s Foundation (KSCF) in the 1960s across India to end child labour. The programme spreads awareness about child labour and helps parents register their kids in schools.

And all his efforts stem from a deeper understanding of living with abuse.

“We are proud of Surjeet who has taken such a strong step against domestic violence that was once perpetrated on his mother by his father under the influence of alcohol. He has taken up great initiatives such as promoting education among former child labourers. He is a role model for many children in our BMGs where each child is a strong leader and is empowered to assert their rights and fight for their village development alongside adults,” says P Nagasayee Malathy, Executive Director (Programmes), BMG.

It is not uncommon for men to physically torture their family members, including their wife and kids, under alcohol in India. Lodhi too was a victim of domestic abuse.

He grew up in a joint family of 10 members, including his grandparents, uncles, cousins, parents and siblings. The elders were engaged in farming and wage labour. With so many mouths to feed, the family struggled financially. To make matters worse, Lodhi’s father started drinking when the former was a toddler.

When he heard about the Satyarthi foundation in 2016, he decided to put an end to his ordeals.

“It was like placing a soft cushion on a hard floor. I finally had someone who I could speak to about my problems without being told how ‘normal’ domestic abuse is. I saw an opportunity for myself and the village. We have several thekas (liquor shops) in our village where you can easily get cheap hazardous alcohol. It was time for them to leave,” says Lodhi.

The young boy’s father could barely work due to his inebriated state, forcing Lodhi to drop out of school and earn money. But he is grateful to his grandfather who ensured Lodhi was educated and took the responsibility of bringing in money. Members of the BGM were asked to identify local issues and develop strategies to tackle them. Drawing inspiration from his personal life, Lodhi came up with ideas for rallies, complaints and awareness campaigns. However, he soon realised they needed something big to make an on-ground impact. So, he decided to shut down shops but there was one problem.

“Initially, no one took us seriously. As a 14-year-old it was hard to reason with adults who refuse to see you as equals. So, I did the next best thing which was to convince children and get them on my side. I reached out to around 90 children and educated them about the effects of alcohol on health, family and overall lifestyle. Most of them could relate to my plight as they had seen something similar in their houses.

One of the members of BMG also refused to eat till her father gave up drinking. She fought with her parents till he gave in. Using that as an example, Lodhi asked the young members to deal with the parents emotionally.

Meanwhile, he approached the gram panchayat to conduct raids in the shops selling liquor illegally. This move invited threats from the owners but Lodhi didn’t give up. In turn, he informed the police that the owners were trying to harm him.

“After years of continuous follow-up, two owners shut shop on their own, the other three were forced to shut as they didn’t have proper licences. But I knew, shutting the shops also meant stealing their livelihoods. With the help of government officials, we help them get employment as daily wage workers. The village communities now keep an eye on the male community members’ alcohol consumption and the domestic violence complaints,” he says.

But his work was not over just yet.

Lodhi and his team also made sure children of alcoholic parents were enrolled in schools.

“Getting off addiction is a long process, and often the user can gets frustrated or annoyed. We didn’t want the fathers to release their anger on kids. We conducted several awareness campaigns and through the gram panchayats help we arranged financial assistance for children’s education and household needs,” adds Lodhi.

Undertaking such serious issues is not an easy task given that Lodhi has to juggle it with his studies. He is presently in Class 11 and hopes to pursue a degree in MBBS or agriculture.

“My ultimate aim is to scale up my initiatives at the national level and help every child who wants to study”, he concludes.