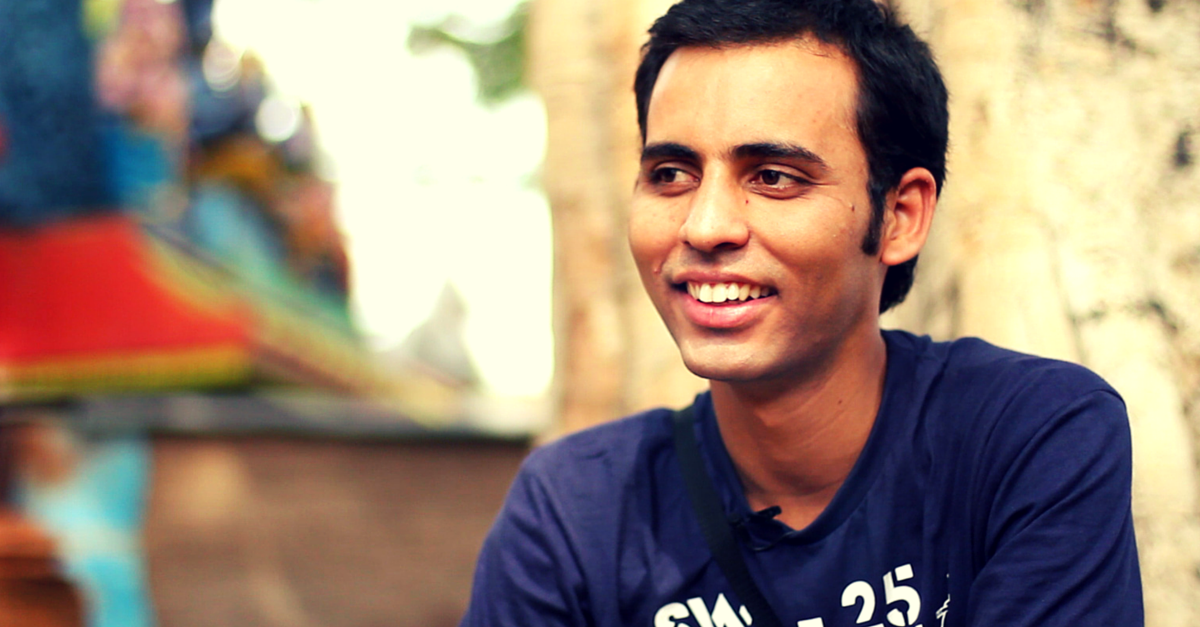 This article is part of the Milaap Fellowship series and is sponsored by Milaap.

Howard, a marine engineer, utilizes his vacations for visiting villagers in Tamil Nadu and measuring the impact that microfinance has created in their lives. The stories and insights he has gained about the beneficiaries is amazing. Know more about the incredible work that he is doing.

Howard Berlie spends most of his time on ships. The travel, the sea, the spontaneous life – he loves it all. But in spite of his adventurous life, this marine engineer wanted more. Something that he could do while he was on ship, something that could create a positive impact in the lives of the underprivileged.

That is when he came across Milaap. And he didn’t think twice before joining the team which has been changing thousands of lives through its crowd-funding and micro-financing initiatives.

“It happens so many times that we want to help people but we don’t know how to. Milaap bridges that gap. I was enchanted by the idea of using Microfinance as a tool for poverty alleviation and inclusion. After reading many, many stories of farmers in distress and rural problems, I finally found a platform/means to do something about those problems,” he says.

He initially joined them as a volunteer, where he would document the stories of all the people who were looking for small loans to improve their lives.

The more he wrote about these people, the more he got involved in their lives. And gradually, he became convinced that he wanted to create a much bigger impact than just writing down the stories.

He then converted his volunteering activity into a Milaap fellowship which gave him an opportunity to spend a few months on the field, to meet the beneficiaries, talk to them and see the impact that small loans have created.

When Howard was on his vacation for two and half months, he spent each and every one of those days meeting over 130 individual and 80 group borrowers in rural Tamil Nadu. And the amazing stories he stumbled upon there was all that he was looking for.

Chellamal constructed a toilet in her house to welcome her daughter-in-law; Shanthi, who used to fill 50 pots of water daily for 8 members in her family, now has a fixed water connection; and Selvarani, who was once a shy lady, was now an entrepreneur selling amazing hand-made jewellery.

These are just a few example of impact that Howard has seen on the ground. We often contribute to help the needy but hardly know where the money has been spent or how has our contribution helped the borrower. Howard thus makes sure that he measures the impact and notes the changes that each small contribution has had on the villagers’ lives.

After collecting all this valuable information, Howard has developed such crucial insights into the lives of the borrowers which we would never be able to. Because Howard is not just an outsider who has come to “help” them. Rather, he is a confidant who acts as a guiding light in the lives of the villagers.

“I have seen change happen in front of my eyes. I have seen how a small loan can create a larger impact and how lives get transformed completely. It is much more than just a small loan as it helps them in the long run,” he says.

But it is not always a rosy picture. Some borrowers do use the money for a purpose different from what they had specified. Some fail to sustain their business and some others don’t know how to utilize the money in an efficient way. This is where Howard comes into the picture. He helps the borrowers understand the process and gives valuable feedback to the lenders and the organisations involved, based on which they can decide the kind of intervention required in those areas.

In due course of time, the villagers who would earlier hesitate in talking to him now come forward and share their plights voluntarily. They share ideas and are open to suggestions that Howard has for them.

“I have also seen that we are used to blaming the government for everything. But some government schemes are actually working. People are getting a lot of benefits, and those success stories really need to be told,” he says.

The fellowship has not just helped the borrowers on the ground, but it has changed Howard as a person too.

He has developed a new understanding of the issues that the country faces, he has learnt to get rid of preconceived notions that one has, and above all, he has opened himself up to new experiences and ideas.

“If you believe that hardworking people everywhere deserve access to credit markets and if you want to study the issues or have a micro-view of the challenges and changes in rural India, this program is for you. The fellowship changes your perspective towards various things you witness in the country,” he says.

As we talk about his amazing journey in the villages of Tamil Nadu, Howard will be at sea again, attending to his first duty as a marine engineer. Only to be back after a few months for yet another stint with the villagers.

Do you want to bring change in rural India too? Then click here to join the Milaap Fellowship.